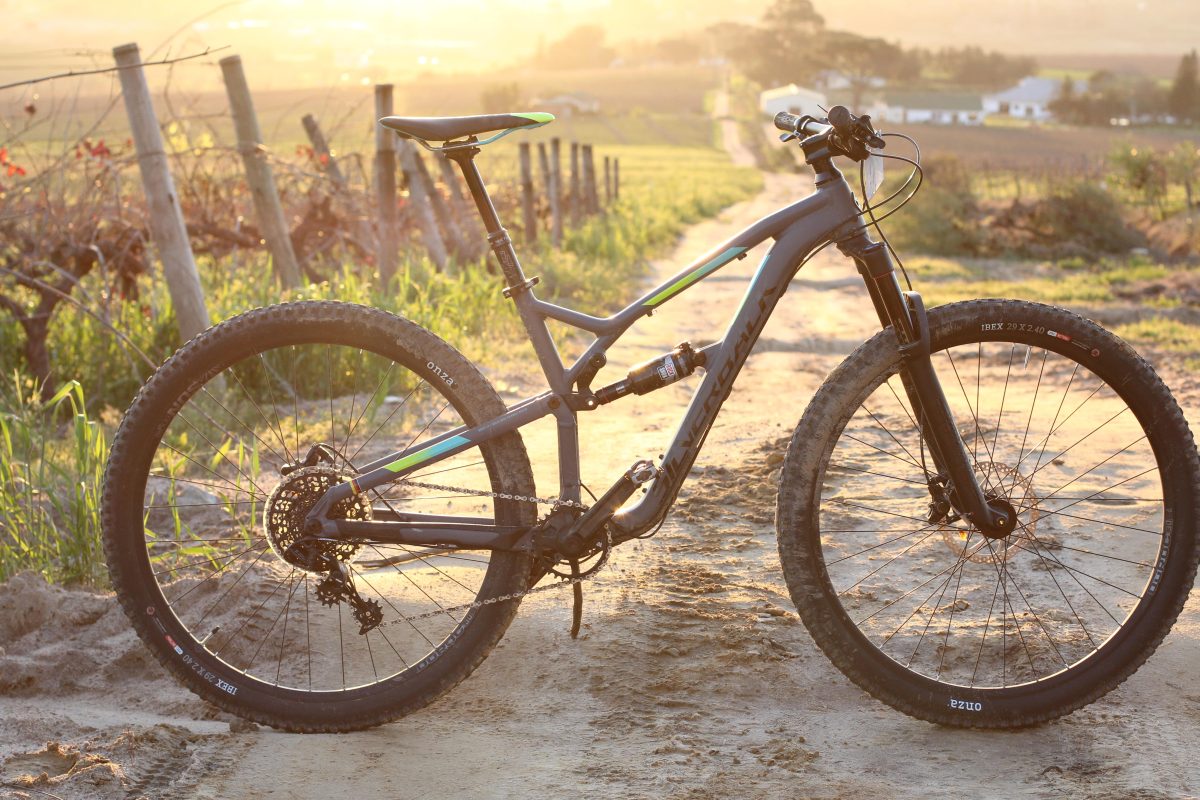 The Silverback Surface currently leads the charge in Enduro bike innovation, and at an accessible price. Silverback were quick to announce its arrival earlier this year. And frankly, were just as quick to promote its versatility.

It wasn’t until we got a taste of the Surface, that we started to believe them. Since the question we kept repeating to ourselves was: “How can a bike have so much travel and yet be so versatile?!” Well the answer is partly because the bike provides a well-thought combo between new geometry and spearheading performance. 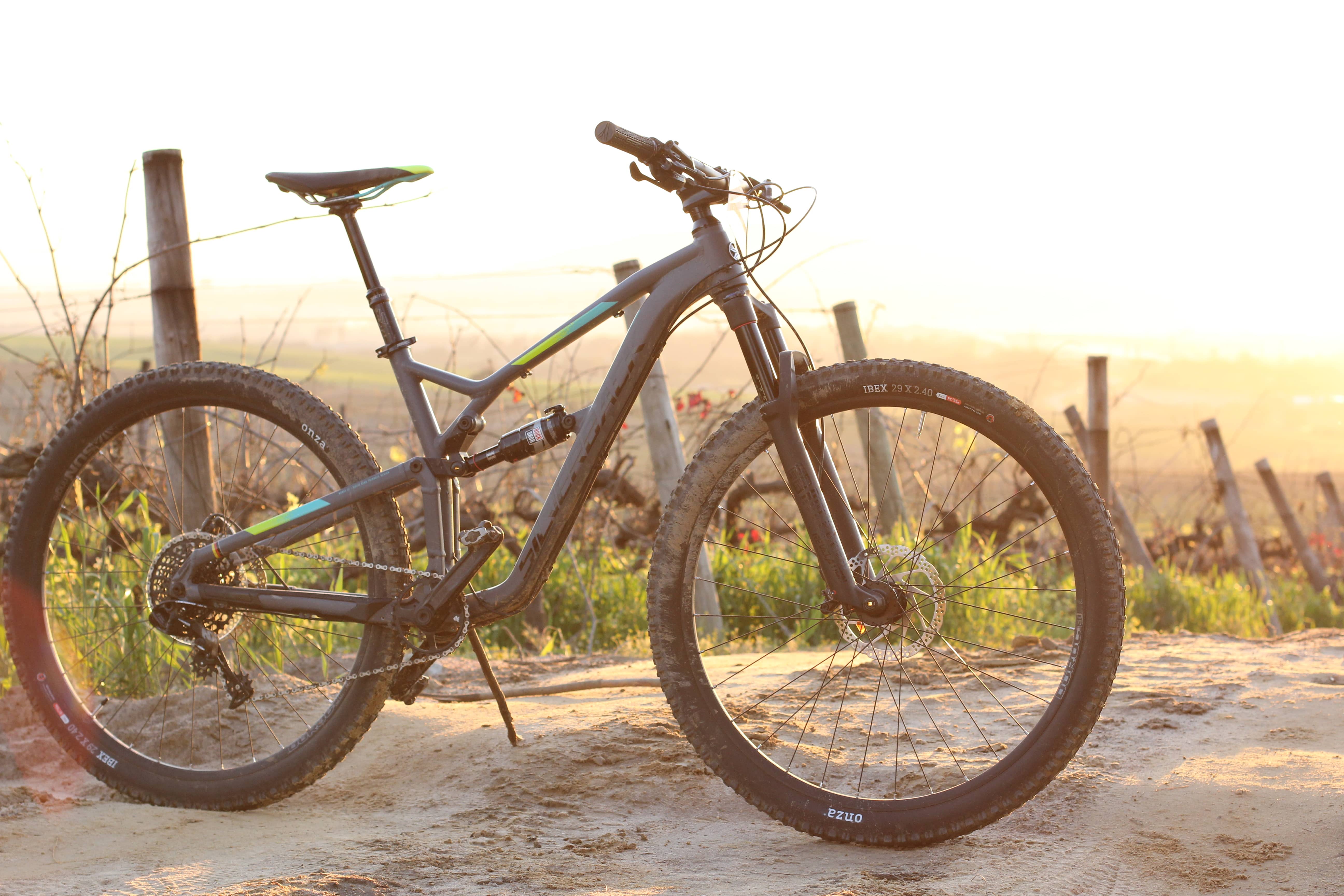 The Surface is no light-weight competitor. However, the innovation that was applied to the hydroformed 6061 Alloy frame, and solid rear triangle, gives you an optimized suspension ambiance. 140mm of rear travel, paired with the amazing Flip Chip feature, means you can tweak the geometry of the bike. We preferred to slacken the geometry a bit, which aided the effectiveness of Silverback’s Burst LT suspension linkage that rolls out with progressive travel. So, you can tackle more challenging obstacles on the trail.

As a prime Enduro bike, the Surface gives you the option to run 27.5-inch Plus or 29er wheelsets. We went with 29ers during our test, and ran a set-of Onza Ibex 29X2.4” tyres. Nice and stout, just the way we like them. These trail readers were coupled with a set of SUNringle Duroc 30 Comp rims which had about a 30mm rim depth. Boost Hub spacing was also featured on the wheels, and provided sturdy stiffness in technical sections. 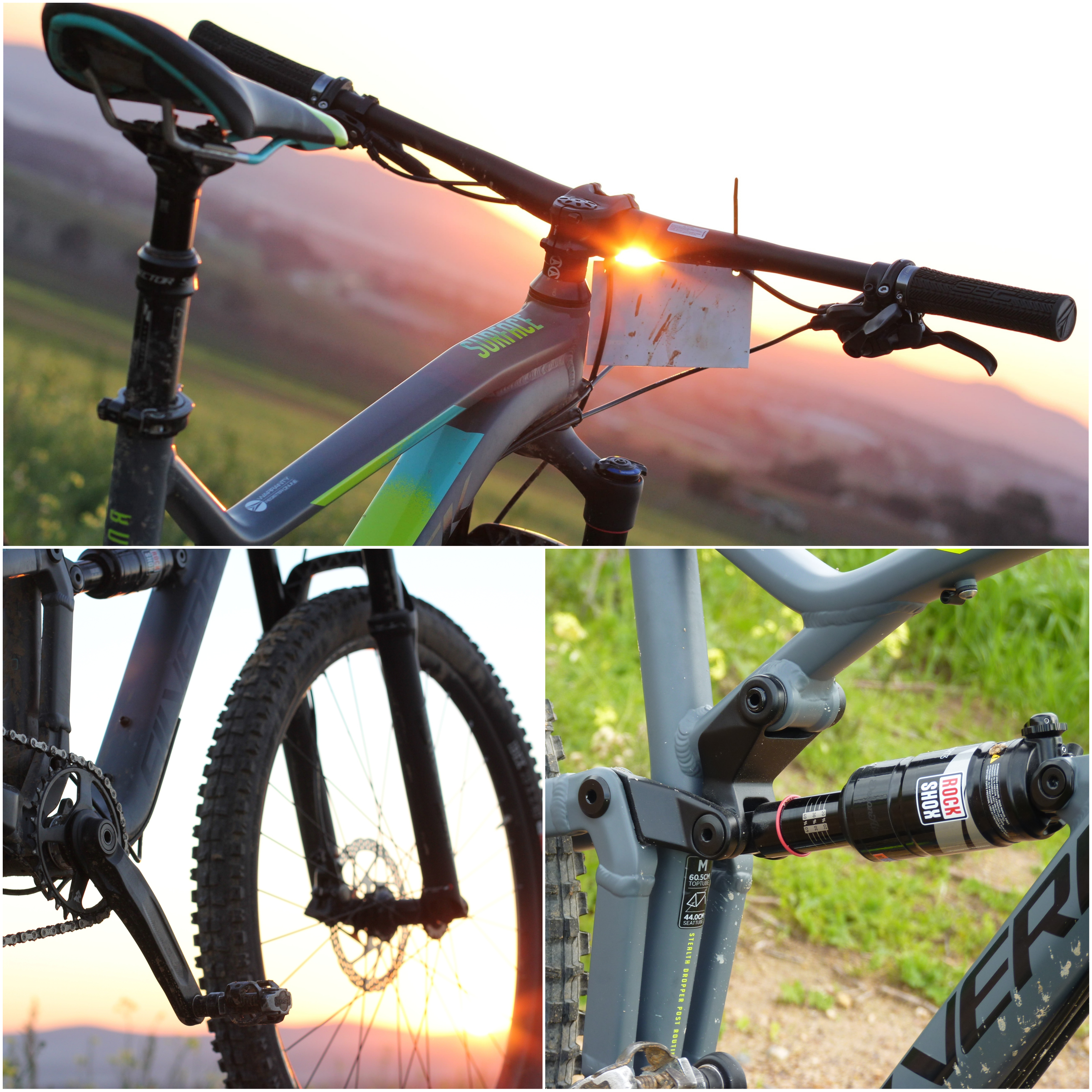 Keeping the rough trail at bay, is a dynamic RockShox duo for the bike’s suspension. The RockShox Monarch RT3 rear-shock features a custom tune setup on the basically, unlimited, 140mm of travel. Up front the RockShox Revelation RC saved us on drops, while keeping the front half of the Surface stable on descends.

In the Surface’s Class: 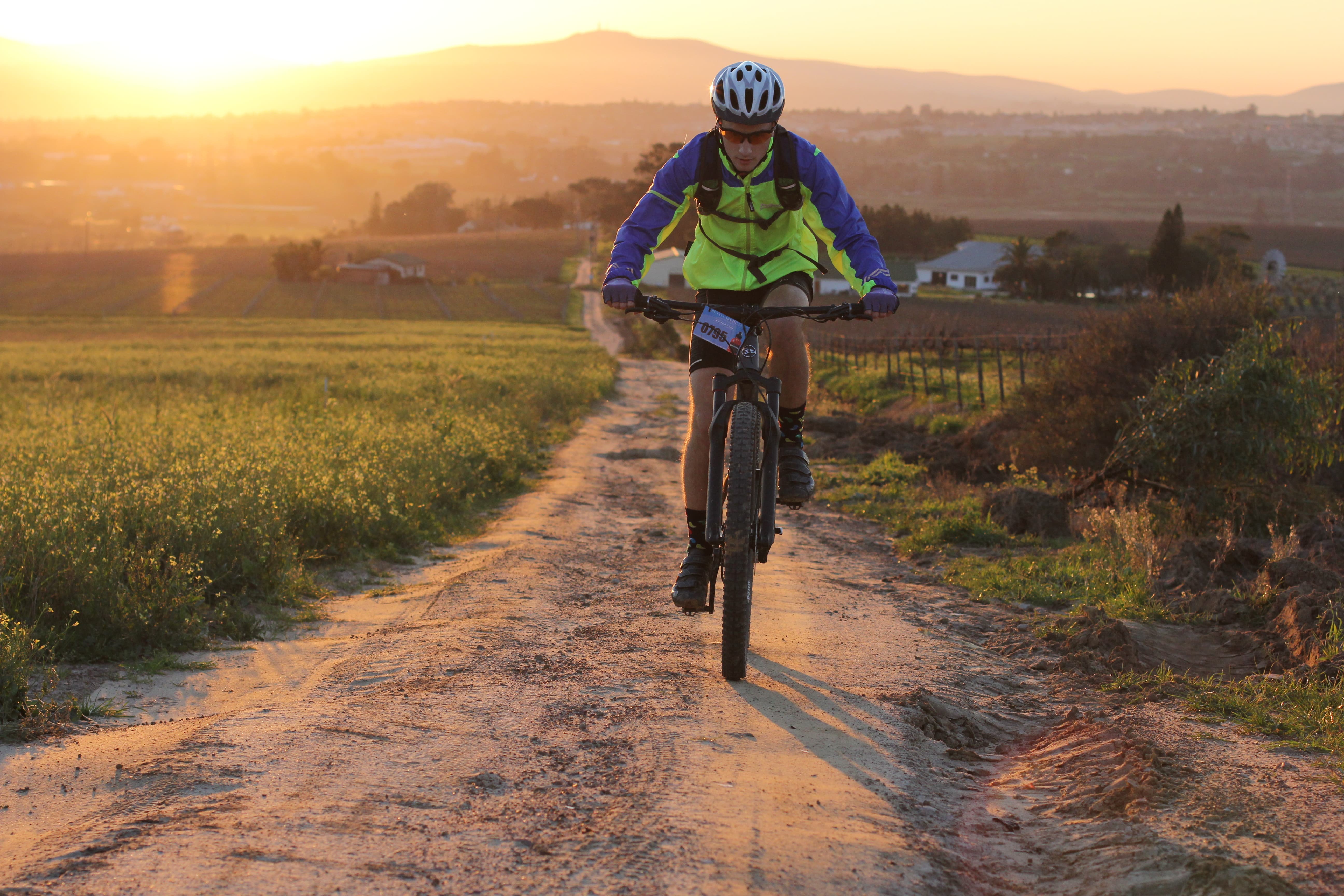 As far as geometry goes, the Silverback Surface displays the ideal feel and handling. It’s pretty much on par with the Specialized StumpJumper. Handling with that same nippy tail end, and rider centred measurements for going flat-out. The Flip-Chip, as previously mentioned, gives you the freedom to play around with the Surface’s geometry. Which means the bike has a unique attribute of being able to fine tune your ride.

The Surface rode quite clumsy on our first climb. The heavier weight took some getting used to, and let’s just say we were grateful for the easier gear ratio. The grip, studded, rubber for wheels were monster-truck like. That, together with a higher stance, compared to most Enduro bikes, provided adequate balance, once we found our flow on the bike. 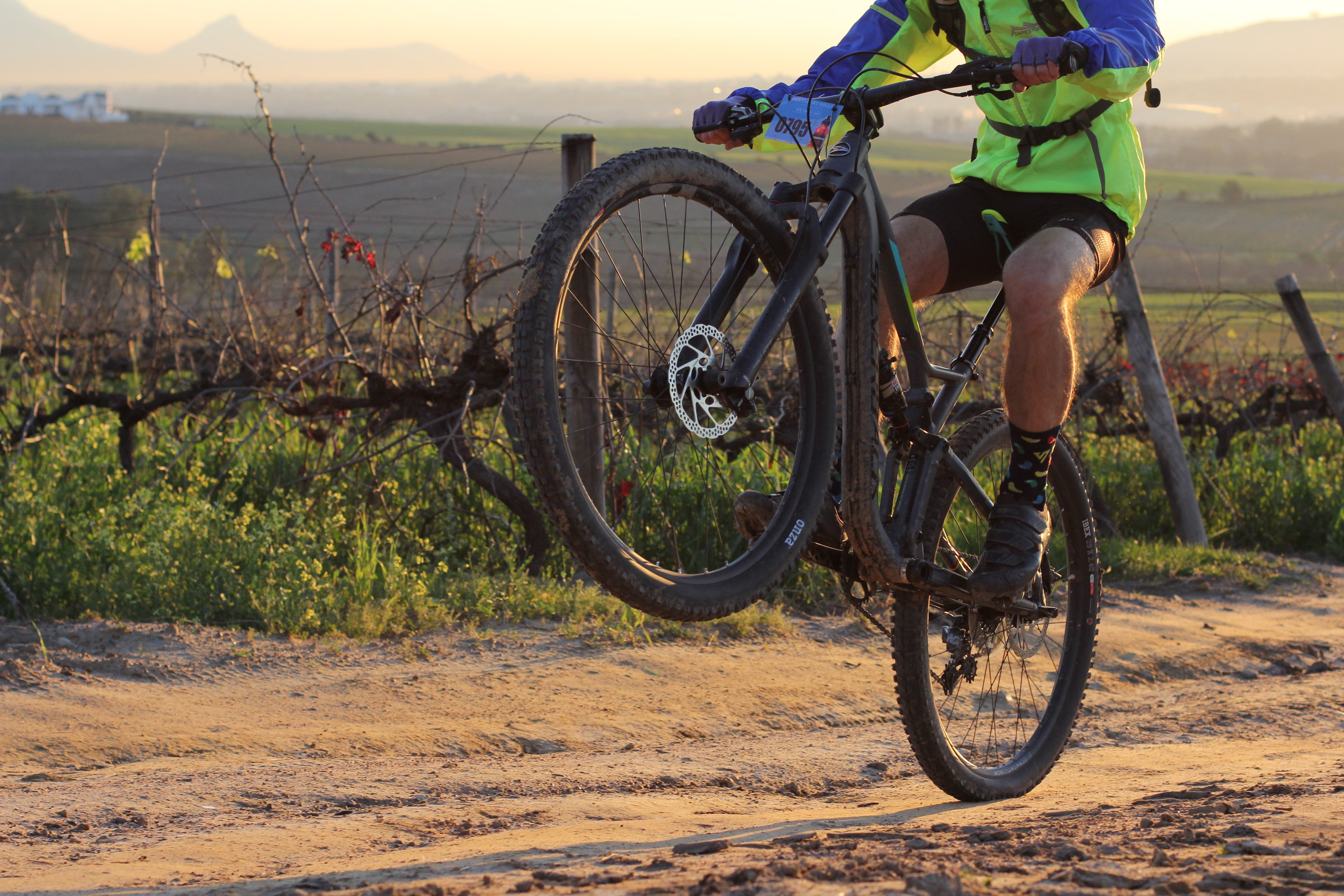 Where we could lay down the hammer on flatter sections of the trail, the Silverback Surface went all out! It’s certainly a natural when ramming right through obstacles, and the 140mm suspension keep it rolling over anything with high momentum. The wider tyre profile aimed to let alleviate steering tension on corners. We could simply let the bike roll on its own line, confidently, and conservatively. 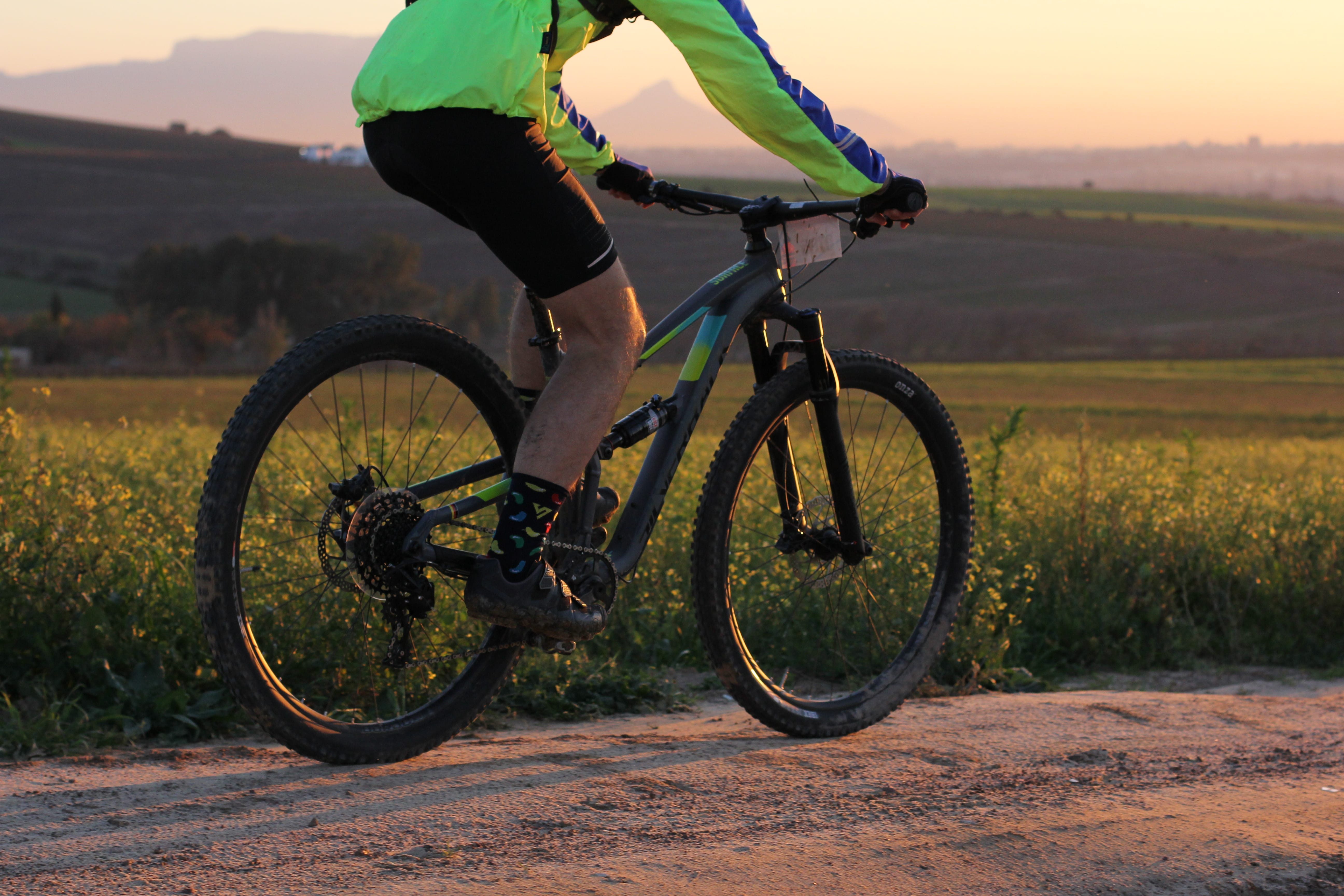 On downhills, there was nothing that could stand in the way of the Surface. It stampeded through the trail, with wide handlebars, and major dropper post action. The bike didn’t wrestle the trail; instead it delivered a controlled ride. Which is a trait found in very few Enduro bikes. A great deal of traction through switch-backs, were also the result of a well-crafted Silverback, frame design. 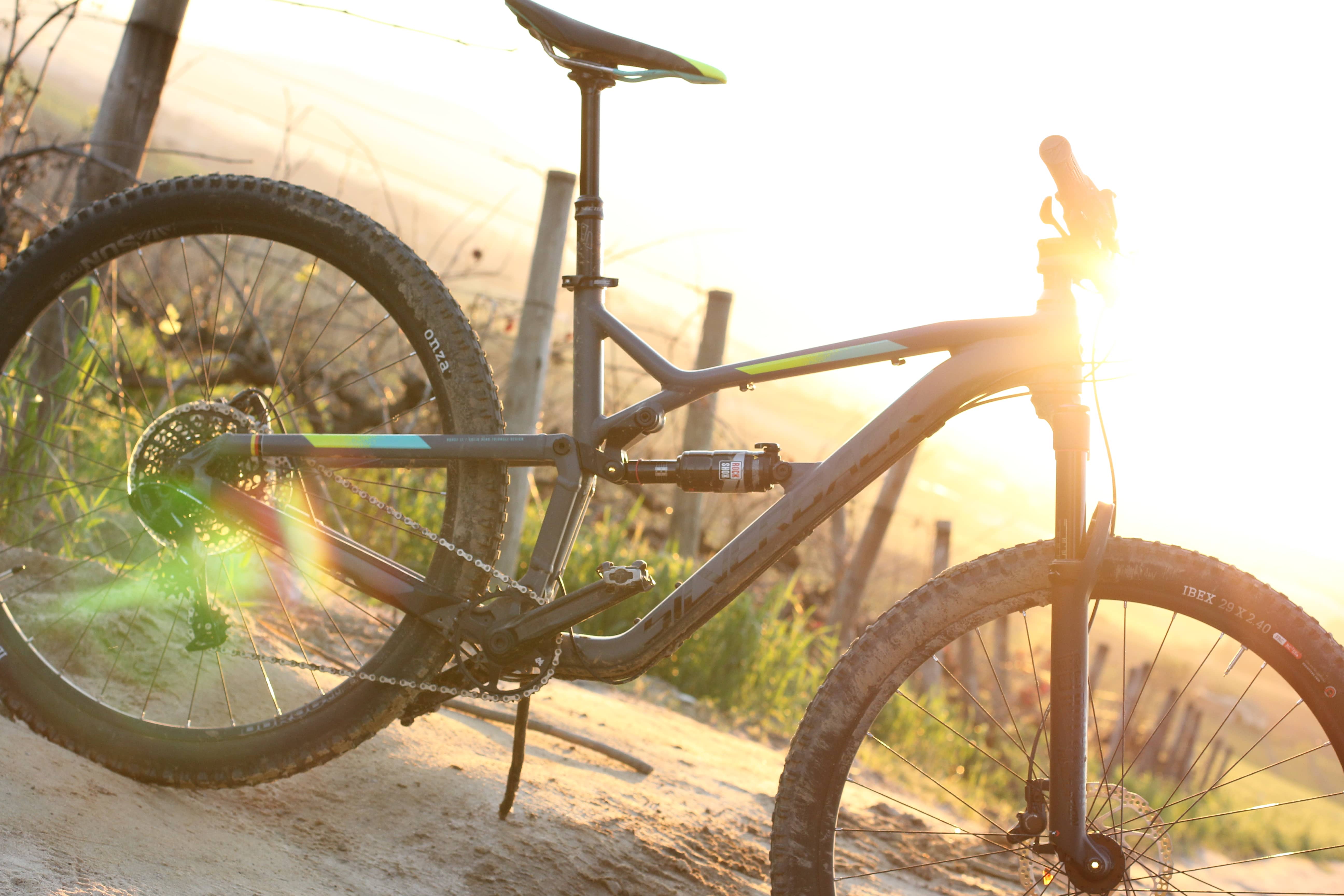 The shockingly affordable, agile, gentle-giant, is a beast in its genre. It can whip around single-track, and ignite pure enjoyment within its rider. The Surface’s extra rock clearance makes it ideal for any Enduro or Trail rider wanting to challenge the elements of unorthodox mountain biking. It’ll even challenge your perception of versatility, but will never cease to maintain a forgiving, plush ride. In short, it sums up the splendour of Silverback’s functional engineering mind-set.

2 thoughts on “Silverback Surface Review – Large and in Charge”