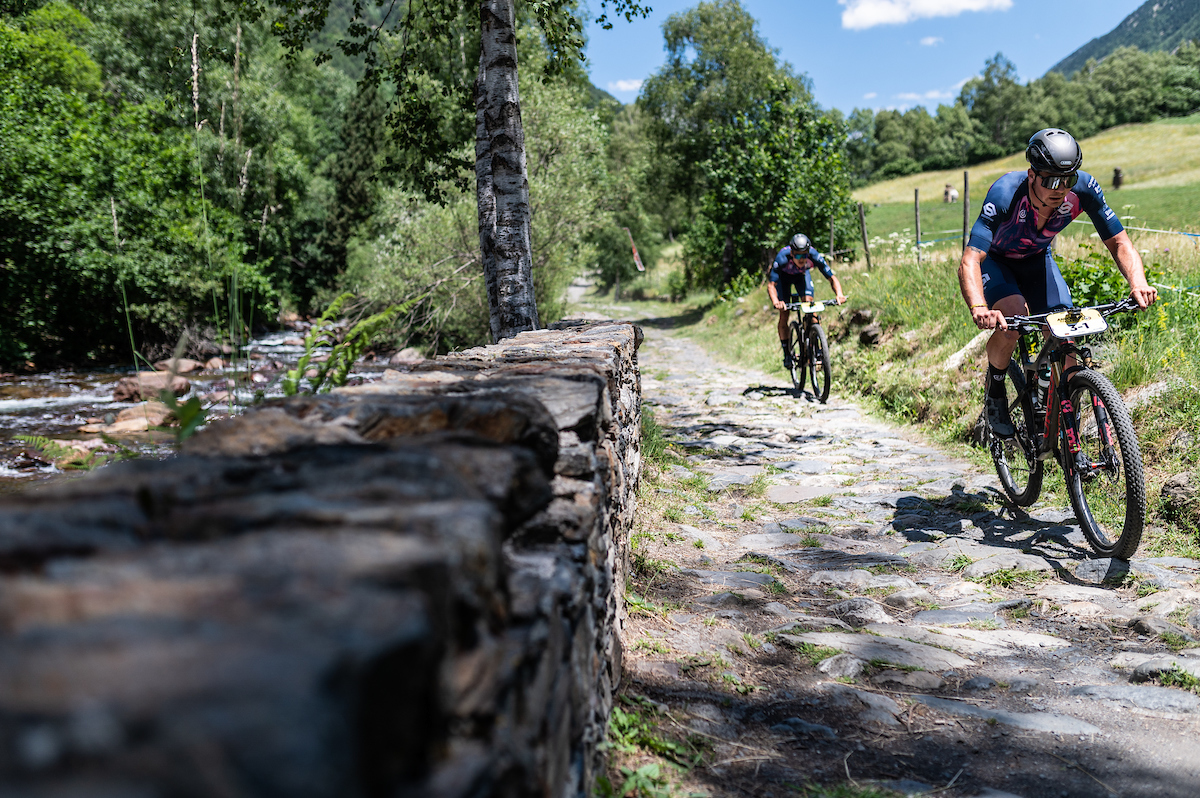 The reigning Absa Cape Epic champions, Speed Company Racing, set the fastest time on the Prologue at the 2022 Andorra MTB Classic-Pyrenees. BUFF MEGAMO Women were the fastest women across the 19 kilometre long course establishing a handy buffer heading into the first marathon stage on Thursday, 30 June.
The 2022 Andorra MTB Classic-Pyrenees kicked off under post-card perfect clear skies in La Massana, on Wednesday, 29 June. Georg Egger and Lukas Baum of Speed Company Racing blitzed the 19 kilometre long course to set the fastest time of the day, holding off BUFF MEGAMO and SCOTT CALA BANDIDA. The BUFF MEGAMO Women went one place better than their male teammates, winning the Prologue over ANDBANK MTB team.
Coming off their victory in the 2022 Absa Cape Epic the, German, Speed Company Racing team were highly touted ahead of their first Andorra MTB Classic-Pyrenees. Egger and Baum did not disappoint, putting their cross-country pace to good use on a course which favoured their explosive style. Speed Company Racing’s time of 35 minutes flat was 1 minute and 56 seconds better than Hans Becking and Hugo Drechou’s.
“We’re super happy with our Prologue result, it’s what we wished for,” Baum stated after the stage. “The track was perfectly suited to our strengths; it was super-fast and we could go full gas from the beginning. Georg was super strong today, he did a big effort and pushed us to the lead.”
Behind Speed Company Racing the gaps to the rest of the top seven are far smaller. Under 60 seconds separates BUFF MEGAMO, in second, from Federació Andorrana De Ciclisme’s Xavier Jove Riart and Kilian Folguera Diaz in seventh. Notably SCOTT CALA BANDIDA are just 7 seconds off Becking and Drechou, while BUFF MEGAMO 2 are 23 seconds down on their team leaders and Team BULLS are just a second further back in fifth.
This sets up the elite men’s race for a captivating battle over the next three days. The elite women’s race is unlikely to be as tightly contested, given the gap in fire power between the BUFF MEGAMO Women and their rivals. Naima Madlen and Meritxell Figueras’ time of 49 minutes and 46 seconds was 3 minutes and 57 seconds faster than the time managed by ANDBANK MTB’s Marta Ballus and Carla Boj Guerra. Guambras Ecuador were nearly 8 minutes off the pace in third.
Stage 1 takes the teams on a 42 kilometre loop from the race village in La Massana. The day features 1 550 metres of climbing, including a testing singletrack climb in the Vallnord Bike Park. The highest point of the day comes 16 kilometres into the course and tops out at 2 120 metres above sea level. Each team’s ability to cope with the altitude is likely going to play a significant determining factor in who will emerge victorious at the end of the race.
Tune in to the Andorra MTB Classic-Pyrenees’ social media handles for updates on the action as it unfolds. Like Andorra MTB Classic on Facebook, and follow @andorramtbclassic on Instagram to stay updated. 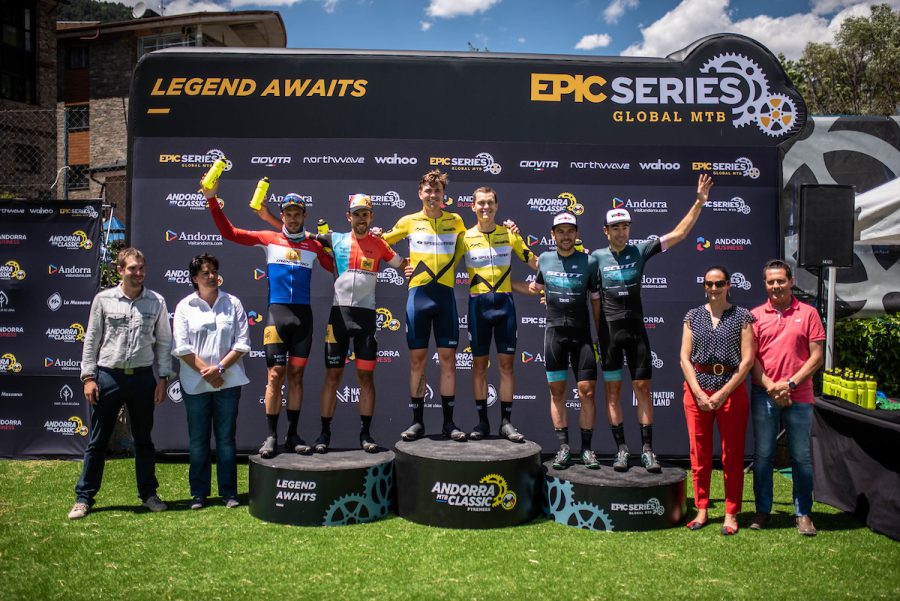 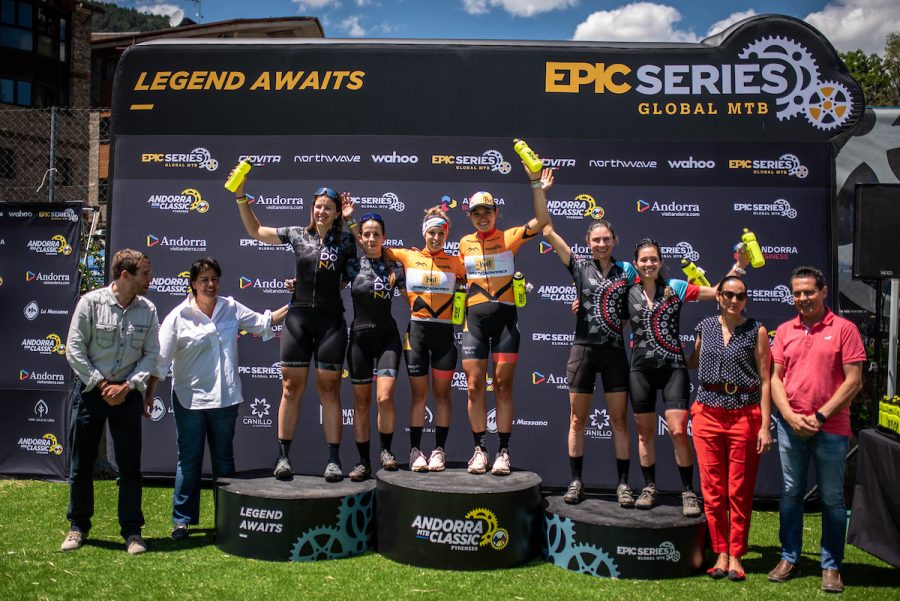