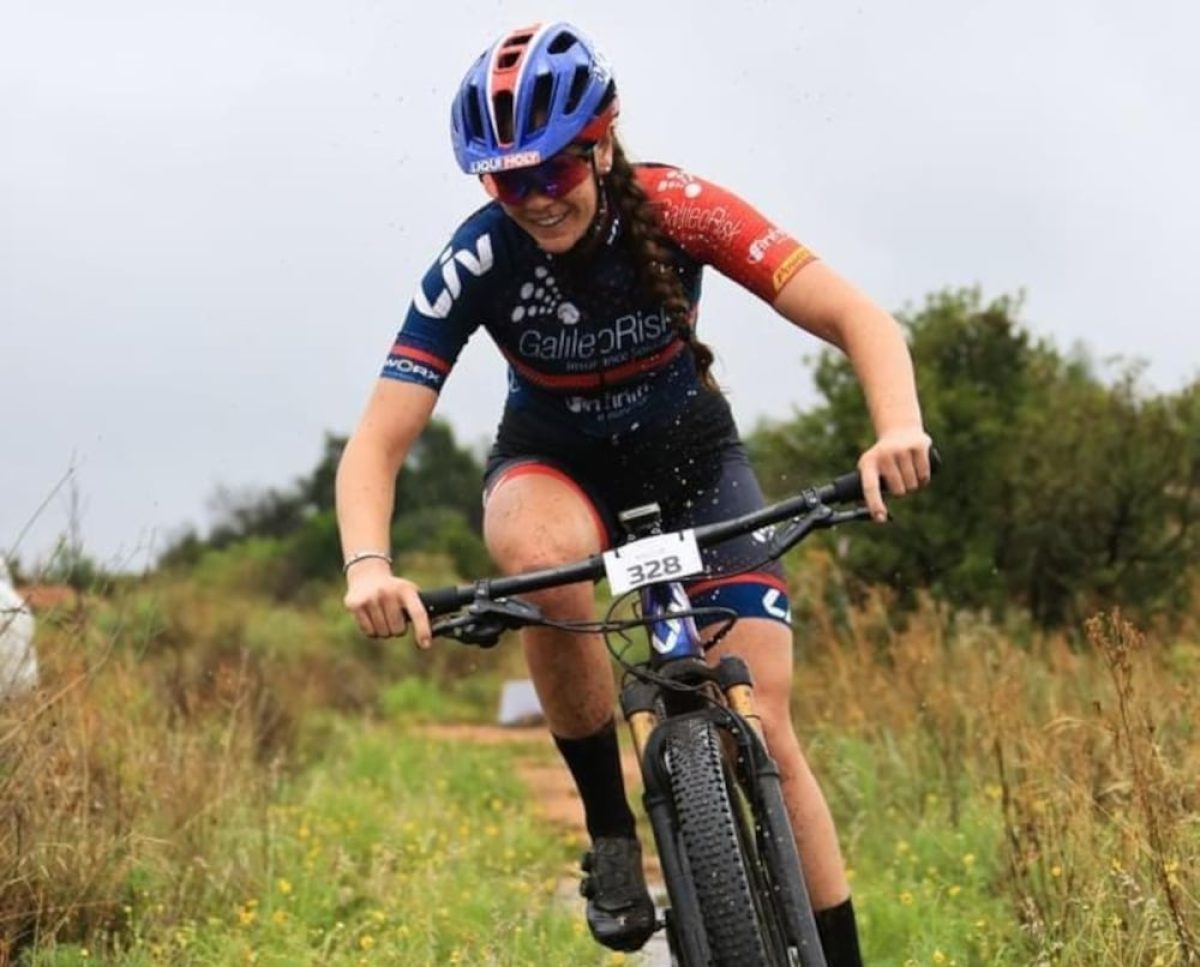 This was the 27-year-old’s first solo stage race win. Hill usually partners up with Theresa Ralph, who placed second in this race.

“It was an incredible feeling to win,” said the Johannesburg local.

“At first, it felt a bit strange racing against my teammate rather than with her, but I came in with a specific purpose, and I’m relieved that I managed to reach my goals.”

After going through a difficult period in August, when Hill contracted the coronavirus and had to deal with the emotional struggle that followed, she said she was on a mission to be confident in her process of getting back on form.

“Sani2c held a ‘comeback challenge,’ and that has never been truer for my 2020 season,” said Hill, who finished second in the sani2c women’s team event alongside Ralph last year.

She added that her objective was to finally come back to racing from a physical standpoint and a professional and emotional view.

“I’ve discovered this year how important it is to have a support structure that is patient, non-judgmental, and encouraging.

“I lost my sense of self-belief during August and thought the thin strings of my career were breaking as I struggled through my recovery.

“During the Sabie race, my breathing finally clicked back into place, and my rhythm, as well as self-confidence, followed. The ‘power of breath’ has a whole new meaning in my world now.”

“During stage one, Sam, Theresa, and I stayed together for the first part of the race, which contained all the challenging climbs. My legs were aching, but I was determined not to be dropped on the long climbs.

“Theresa got the Queen of the Mountain (QOM) and continued to ride a strong pace until the very top of the mountain range.”

Hill said eventually the pace settled, and Ralph and herself were chatting about next year and how nice it was to be in a forest area rather than the concrete jungle.

“We both have this friendly competitive agreement: If I can hold on to her attack between five to one kilometre to go, there is a good chance of a sprint, and if there’s a sprint, it’s highly likely I’ll win.

“Theresa’s engine is brutal once she puts the gas on, and once she goes, she doesn’t slow down. If she gets away, she will likely win.

“Stage one came down to a sprint. We laughed at each other 200 metres to go because we knew what was coming. I slipped past her on her right and sprinted for the line like nothing else mattered.”

On the second stage, Hill and Ralph broke away early on with the men and sat in the bunch until the climb, which was about 45km long with nearly 2 000m of ascent.

“That climb was the complete opposite of what I love, but I wanted to conquer it. I decided I wanted to go for the QOM (18km into the race), which I knew would make the rest of the stage incredibly hard.”

Hill said she put a lot of effort into focusing on her breathing and making sure she was consistent as there was so much climbing to come.

“I got a lead and just held it without burning too many matches. As I crossed the QOM line, I looked back and saw I had a more significant gap than I realised.

“I decided just to continue putting the same effort in as I did and see where it would take me.”

Hill added that plateau after plateau, she thought they were at the top, but more climbing kept coming. While it was terrifying, she wanted to show herself that her biggest fear could not beat her on the bike.

“As soon as the downhills came, I just let the brakes go and found myself in my happy place.

“I focused on taking every corner as fast as I could without wasting any seconds. I was efficient and kept everything in check.”

She said coming through to the finish over 15 minutes ahead was something special. Not specifically because she had beaten her teammate, but because she never lost focus during the entire stage.

“With the added QOM, I felt that all the work I’d been putting into my limiting factors on the bike had finally transitioned into strengths. What a feeling! I no longer have to shy away or cringe at the sight of a climbing stage.”

The final stage featured an individual time-trial, and for Hill, there is nothing worse.

“There’s something about it that I despise. I think it’s because you never know where you are, and you have to go as hard as you can for as long as the race is.”

“Talk about pressure! I was so nervous, but the challenge was exciting as I’d had a good race so far.

“As I started, my legs were exhausted, and all the guys who started behind me caught me so fast, it felt like I was going nowhere slowly.”

She said the stage was 26km, and only at 21km did she see a small flow of two red figures. As she moved closer, she realised Ralph had just caught Sanders.

“When I reached them, we all agreed to slow down together. Theresa and I started chatting. We rode through to the finish together, feeling as ready as we could be for sani2c in December.

“Theresa is happy for me finding some form before sani. That was the whole goal for training since we heard it was next month, as it couldn’t be held in May due to the virus.

“Our eyes have been on that, and it’s great to know we’ll peak at the right time for the event,” said Hill, who added that the Sabie race was her first stage race since February.

She added that her performance was so important to her and the outcome of winning was a great cherry on top.

“I had so many mental blocks before this event, and I felt like I could finally relax and race as hard as I could, with no more weight on my shoulders.

“The support of my Liqui Moly sponsors is something I have to mention. They’re truly like a family, and I’m so grateful for every piece of advice, guidance, and trust they had in me.

“We all celebrated at the end of the race with a huge sense of ‘I knew you could do it’ – a moment I will never forget.”