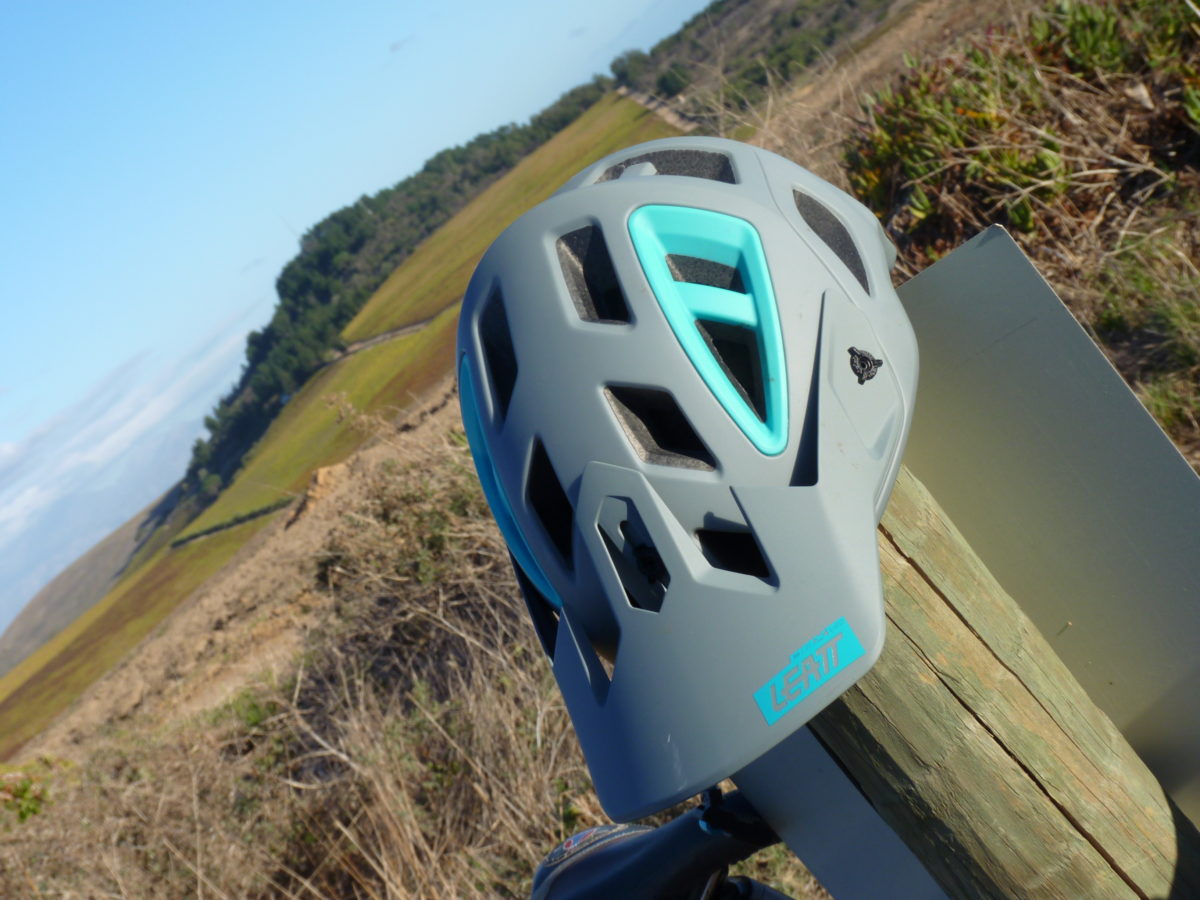 The Leatt DBX 3.0 MTB Helmet features an impenetrable, head protection design. It has been tested thoroughly by Leatt engineers, but now it was my turn to be subject to its style and defence.

The DBX 3.0’s speciality in sport, is simply for all mountain riders. That means Trail and especially Enduro riders. With the game, ever changing in helmet technology, helmet’s themselves have become more reliable to save lives, and the DBX 3.0 is just one case in point.

Leatt pride themselves with their 360 Turbine Technology, which reduces 30% of impact on the head. Then, as your head hits the ground, the 360 Turbine technology will reduce your head’s rotational acceleration by up to 40%. The Turbines themselves, are constructed from Leatt’s Armourgel and by 3D moulding. Now this might just seem like figures on a spread sheet. However, based on these figures, I can very well see the imperativeness of the 360 Turbine Technology. While I haven’t had a crash with the helmet to physically test this technology, I would sure trust it to do its job in protecting my head.

Moving on to the 18 vents this helmet has, I felt the penetrating cool air, passing over my head. Effective even at low speed, there was no doubt in my mind that I had a revel experience. The vents on the DBX 3.0 were also optimized for AM riding, meaning my head would stay cool all the time.

Two other highlights on the DBX 3.0 were the Fidlock strap clip and breathable, anti-odour inside lining. Both aided my performance!

Leatt’s undisputable reputation with helmets, provide you with the reassurance of armoured level wear. The DBX 3.0 fitted my head securely, and exhibited a light-weight, airy feel. It was definitely easy to use and adjust, thanks to the nifty magnetic clip. Then the visor was attached at the perfect angle for keeping the sun rays clear of my eyes. Something, that I personally enjoyed about the helmet, is its weight. At roughly 375g, it’s not terribly heavy. In fact, it was quite balanced on my head.

Like many things in life, helmets require trust. It could very well end up being a case of life or death with your helmet. So, why would I trust Leatt’s DBX 3.0 to jump between my head and the ground. Simply put, it’s solid outer shell gives me that impression that it would be very defensive in the face of danger.

Then, it’s also got to do with the way a helmet feels to me. I’d trust the DBX 3.0, not only because of the inside cushioning that conforms to the shape of your head, but correspondingly because of the foam that’ll absorb massive amounts of energy from a crash.

Summing this review up; from what I’ve experienced and gathered Leatt’s DBX 3.0 is a helmet I can trust. Not just because of the technology, but also from my experience with it. I mean, honestly, with the DBX 3.0, I purely forgot about the safety of my head, and just rode on. Since it is so satisfying, for one to have no worries about one’s head defence, I could physically ride faster. That’s just how it works!