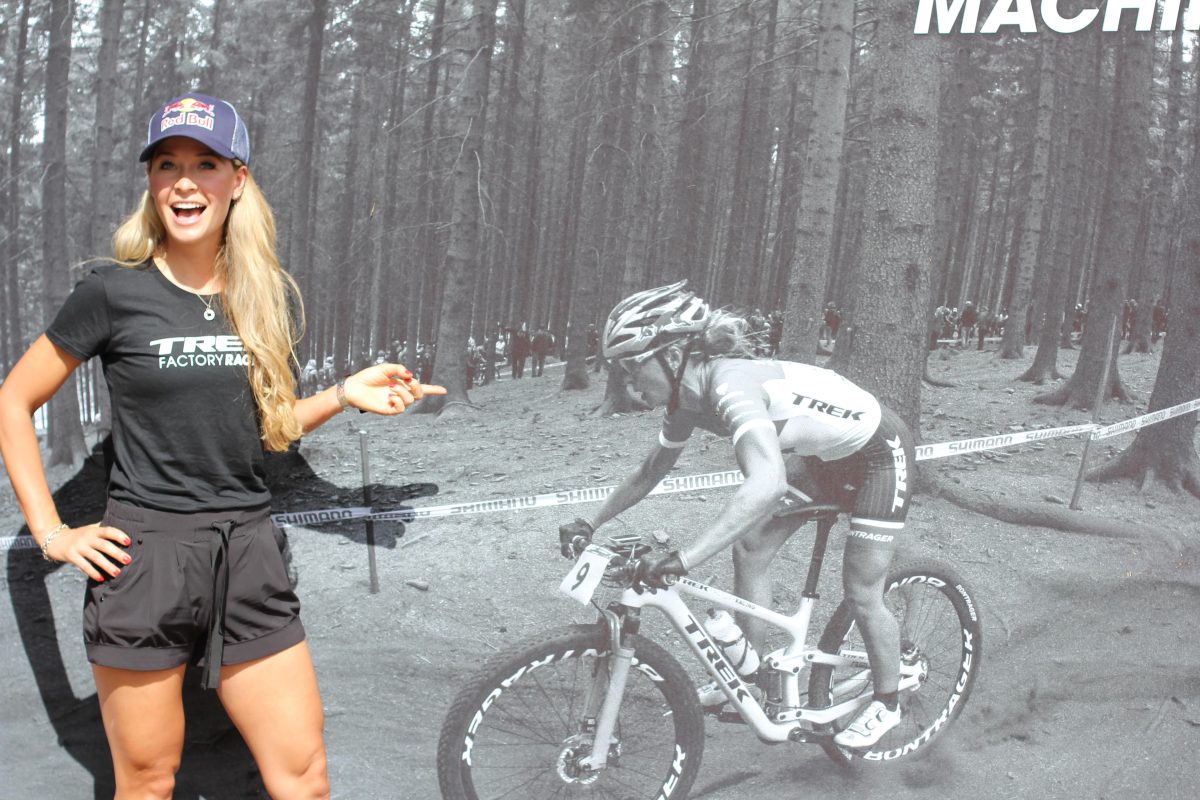 So, it’s been a while since I blogged about something really amazing. And if my interview with Emily Batty doesn’t count as amazing, I don’t know what does!? Her energetic approach to life, and passion to succeed on the race track; has inspired me and so many other people! So with that, thank you Emily for being such an amazing role-model!

Emily, who rides for the Trek Factory Racing Team; came down to South Africa and rocked it out on some the local trails in Stellenbosch. Luckily, I was able to catch-up with her, directly after her performance at the Stellenbosch World Cup on the 10th of March.

So without any further formalities, here’s my 10 Questions with Emily Batty! – Enjoy!

“Yeah, so I grew up in Ontario, Canada. Just a little less than an hour outside of Toronto. I grew up on a farm and have two older brothers and a younger sister. It was my oldest brother Eric, who introduced my family to Mountain Biking. And then me as a younger sister, always looking up to him and chasing him and his friends in the sport.”

“Kind-of as a family MTB was our thing, where it became just this massive adventure. We’d take like the family Van, and little RV, and tow everybody across the country for 6 weeks in the middle of the summer. Travel across the US and to certain MTB series’.”

“So we just had an incredibly supportive family. I started traveling to the races when I was 9/10, and then started racing in them when I was 12. I’d kind-of do races after school and eventually these races turned into Ontario Cups, Canada Cups, and then I followed into some of the Euro Cups. Especially the Swiss Cups. Where I moved to for a few weeks when I was 16. Just to experience different racing styles. People would often say, I was so young to be doing that. And not having a lot of women in the sport at the time, it was quite a big thing for me.” 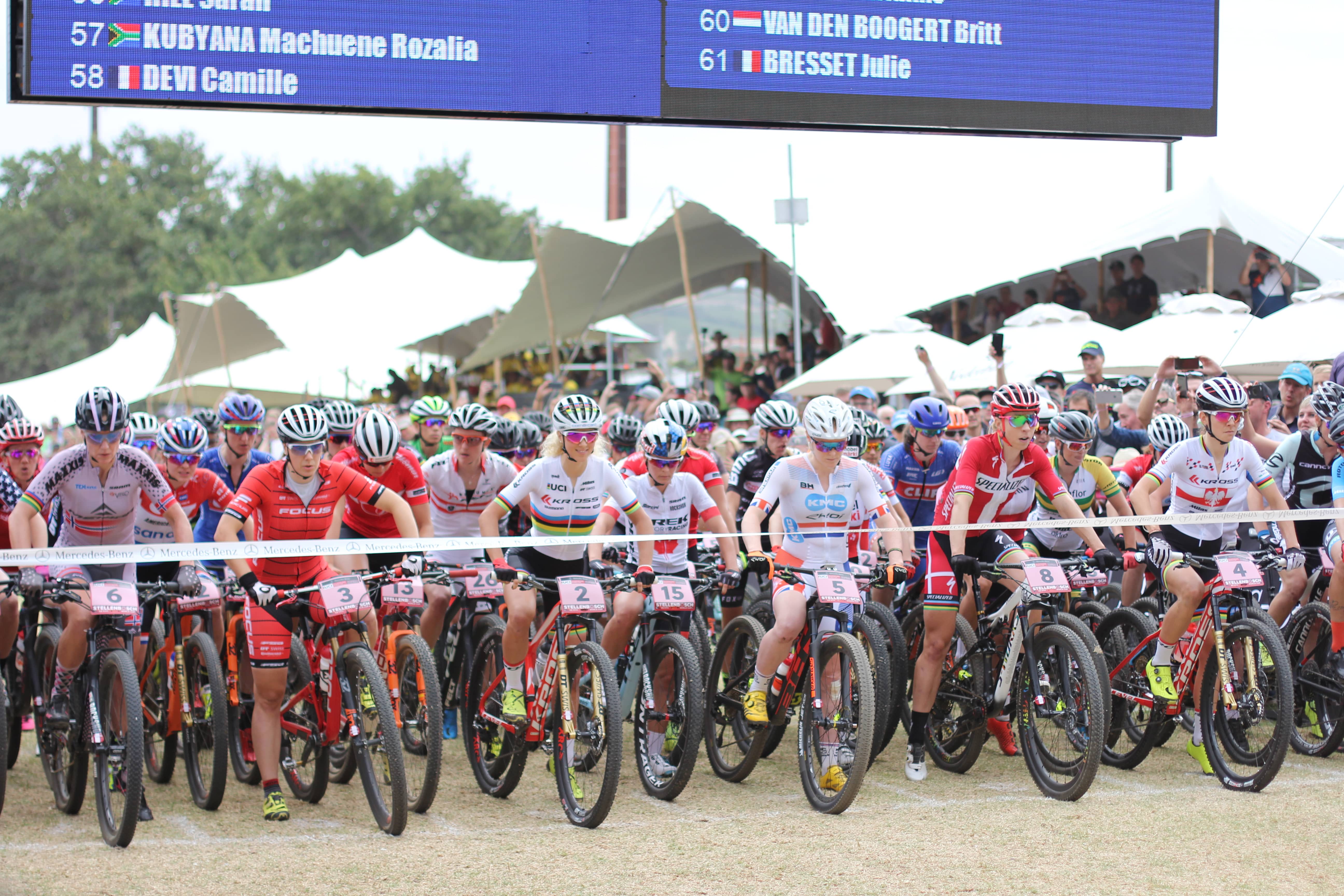 “Yeah, so Trek I’ve worked with now for a full 10 years. It started with our Trek Toronto store, who kind-of lead the Canadian Trek Industry. It was one man, from this store, who saw potential in me from a young age, and took me off the current company I was working with and brought me to Trek. So he helped me from his shop. Him and his family as well. He sent me to Europe a couple of times and supported me financially. Barry Near is his name, and I think he is the reason I am with Trek nowadays. He at the time just knew that I had some talent and he wanted to see that develop.”

“Eventually it evolved into a Trek Factory racing team. And they’ve been good. I feel that now that I’ve been racing elite for some time, like there is always that pressure to compete. So yeah, I think it’s a very delicate balance for our Factory Teams to not add pressure, since there are other pressures as well. But Trek has been amazing in letting me develop as an athlete.”

“Red Bull has also been an incredible relationship. I’ve been with them for now 3 years, and they’re so amazing. They’re just sending emails keeping the relationship really healthy all the time. From there side, a lot of their staff are former athletes, so they get the mental aspect of what it takes to be at the top of your game.” 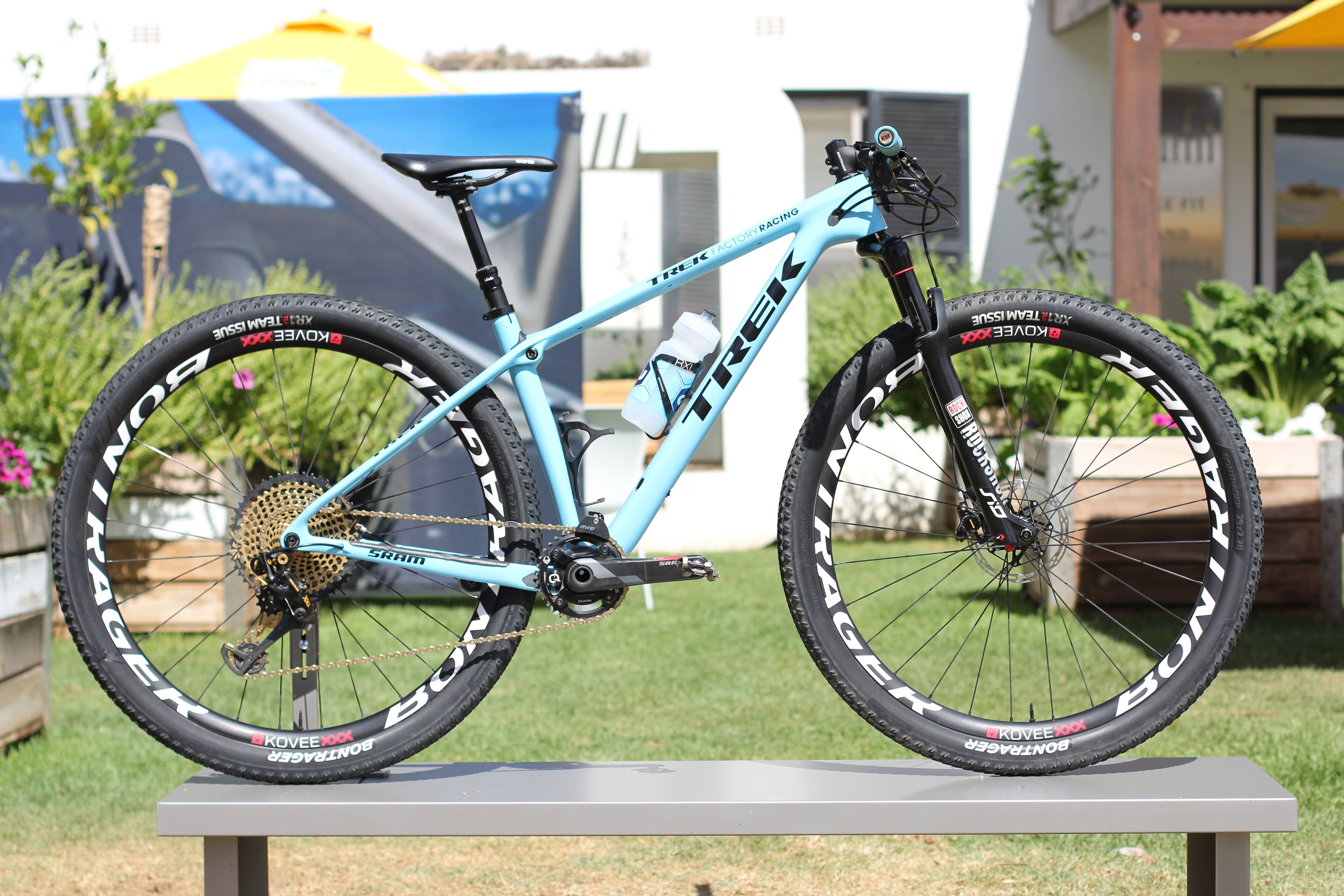 “So this year is quite unusual for us. It’s a very early race. I did want to do Cyclocross last year, because I would’ve had an early start to racing this year. But due to organising bikes early enough, it just didn’t work out. So I actually started my training a lot earlier this year. Took less of a break, to try to carry more fitness into this season, for the first week of March.”

“A lot the athletes, had race fitness on the 10th of March. And being a six-month racing season, it was important for me to be consistent with my fitness. So yeah, I think despite it being so early, and the fact that the Stellenbosch World Cup wasn’t my strongest race. My coach and I do analyse things a little different, much more in-depth, and I think that’s the important part. To look at the percentage, and the power files, and how I was feeling in general. And as it goes to show, compared to other world cups, I’ve actually opened the world cup season a lot quicker than normal. But my result was 14th, so it just shows you the level of competition.” 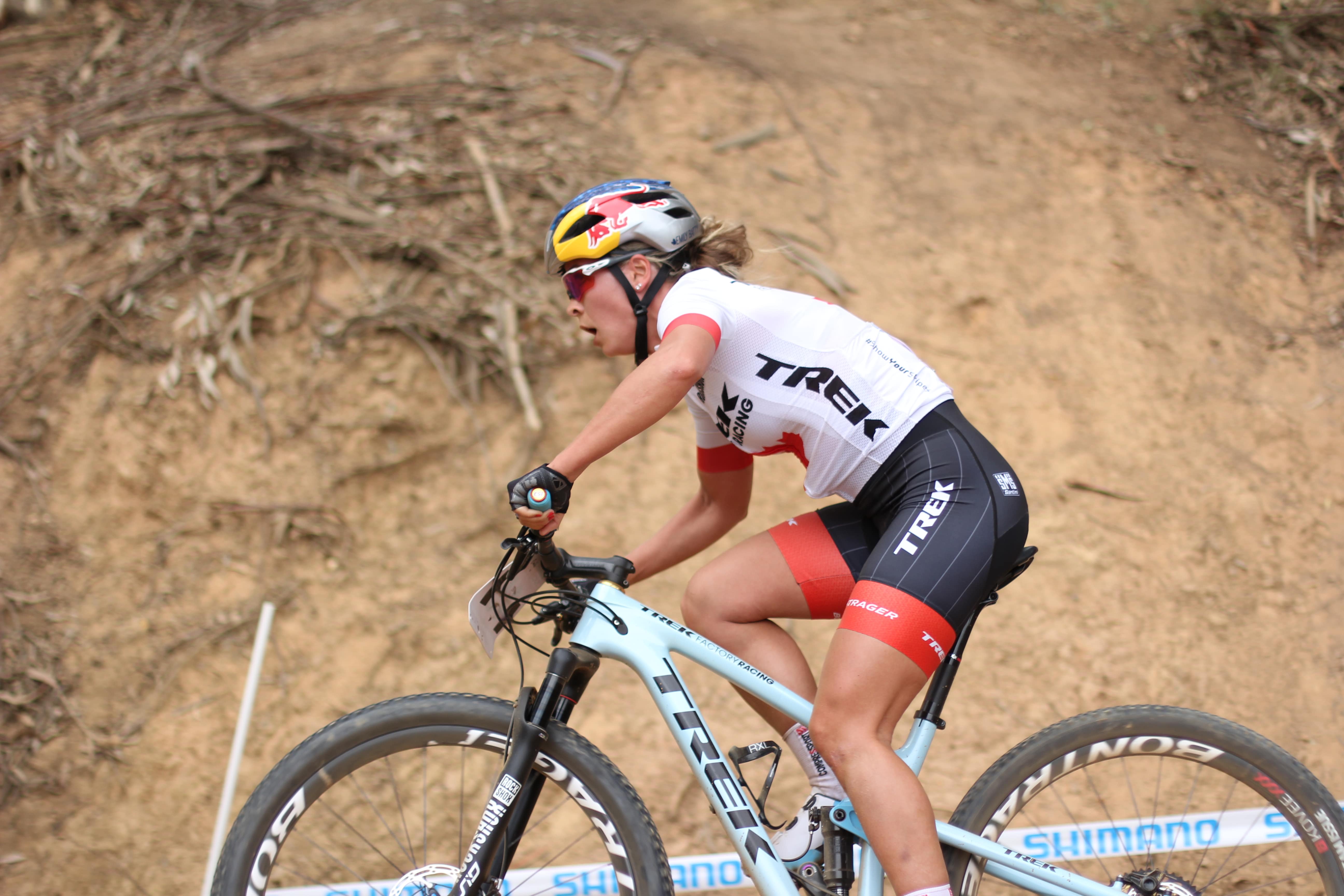 “I feel that there were a lot of positive take-aways. I myself was expecting a higher result. But I did change a lot of things in my training program this year, working with a few new people, some different training styles. So far though, I’m happy with where I’m at. And analysing the details from the race are more important. Especially for the sponsors to support that, and not put the pressure on the athlete.” 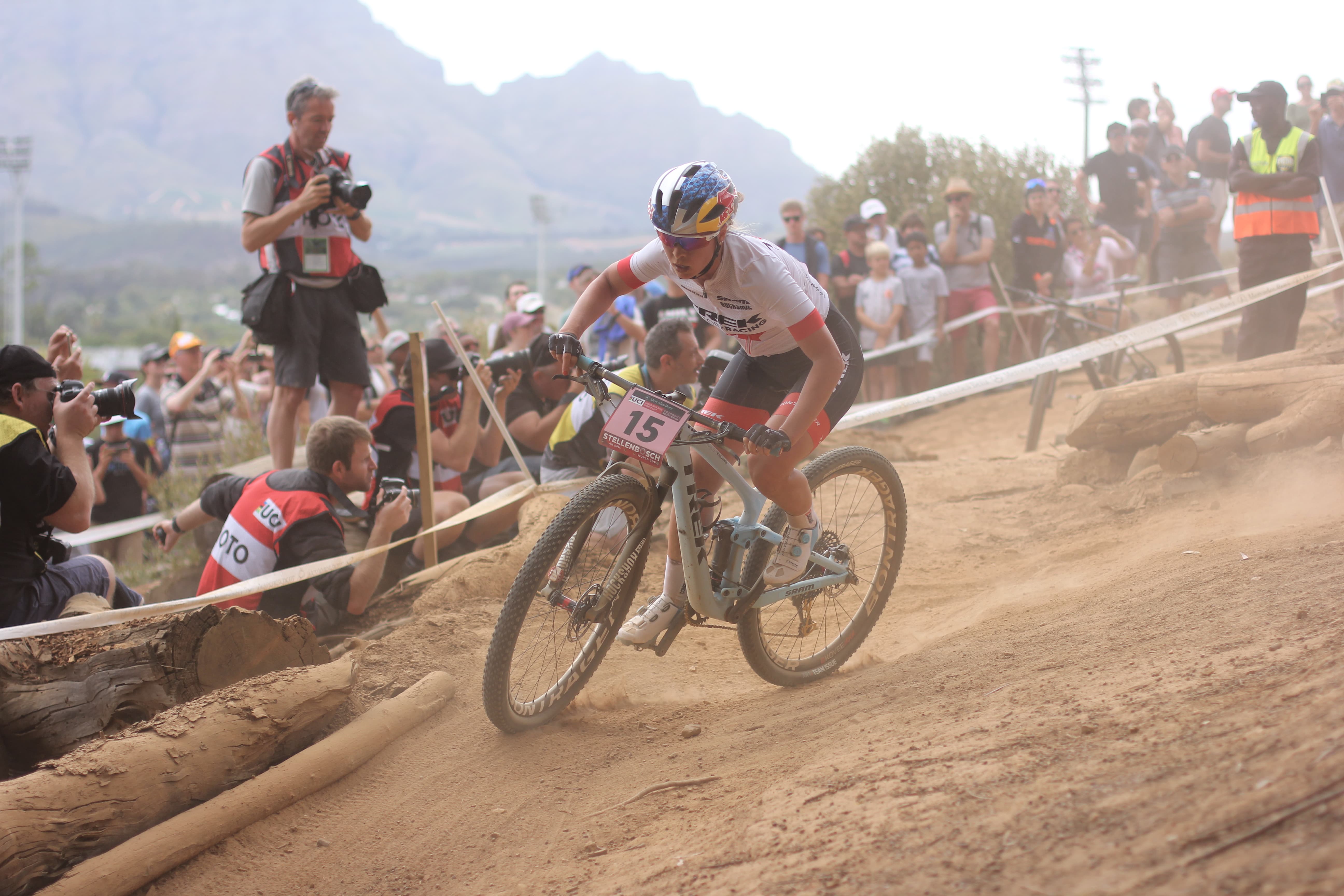 “So the Common Wealth Games are a big deal from a media stand-point. Even outside of the sport for that matter. And people from Canada obviously want to see Canada do well. So it’s an exciting event for us, and it’s a game, so it’s the same atmosphere as an Olympics. You can learn a lot just from the environment itself.”

“So we like to take these opportunities, such as the Australian Common Wealth Games to become familiar with the Olympic style of racing. We only get the Olympic opportunity once every 4 years, so it’s nice to use these experiences to become comfortable with the stress level. So that when we get to Tokyo Olympics it’s almost like second nature.”

“Definitely I want to come away with a Gold medal. I was Silver in Glasgow 4 years ago, and I was Gold in Pan Am Championships 3 years ago. But we’re definitely going to have some competition and it won’t be easy

“Women’s MTB racing is full force, front and centre. I think it’s absolutely action-packed. And I think the people have long realised that. I mean supporting the whole women’s industry is huge in MTB right now. Its grown immensely since 2012. The women’s MTB industry, is now being supported hugely by sponsors. And just the level of professionalism has sky rocketed.”

“But the level of placing in this week’s race, is not going to be the same as next week. So women’s racing is a lot more unpredictable which makes it exciting. In 2012 it was a sprint for second, the race itself was a huge career highlight for me. 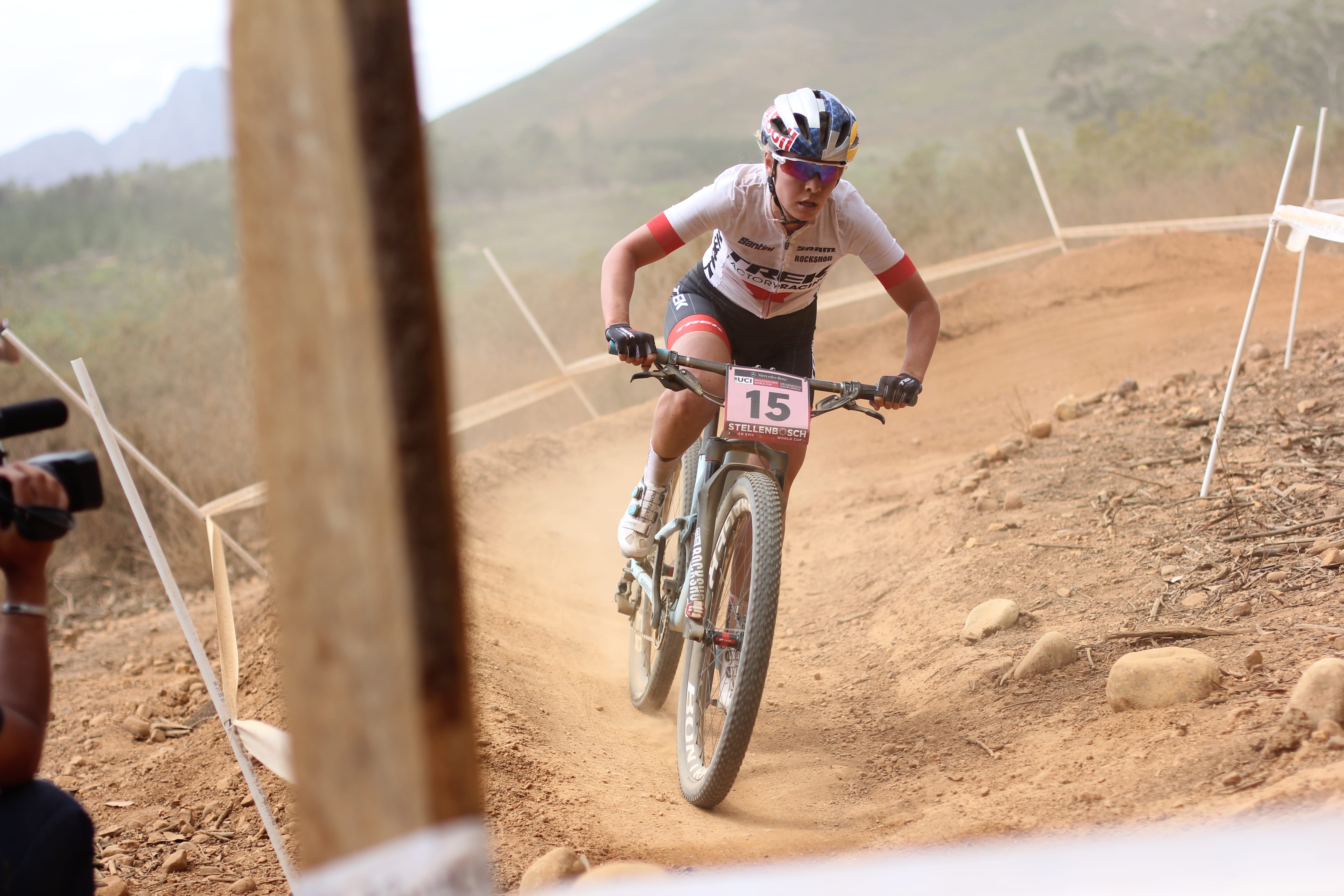 “Then obviously getting the best results at the World Championships. A medal is not always out of our reach.”

“For me, I think just pursuing and trying to improve. In MTB things are changing and evolving so fast, and then even for racing World Cups, and high performance athletes. It’s just trying to always be ahead of that curve.”

“I mean my husband is also a high-performance athlete, but he’s one of the guys that gets on his bike, and does a 3-min wheelie down the road. I think having him, and occasionally my brothers when we get to ride together, and seeing them just whip that bike around, like it’s just so natural. And then always wanting to improve myself and never settling, you’re always wanting more from yourself, and that’s what has kept me getting back on the bike.” 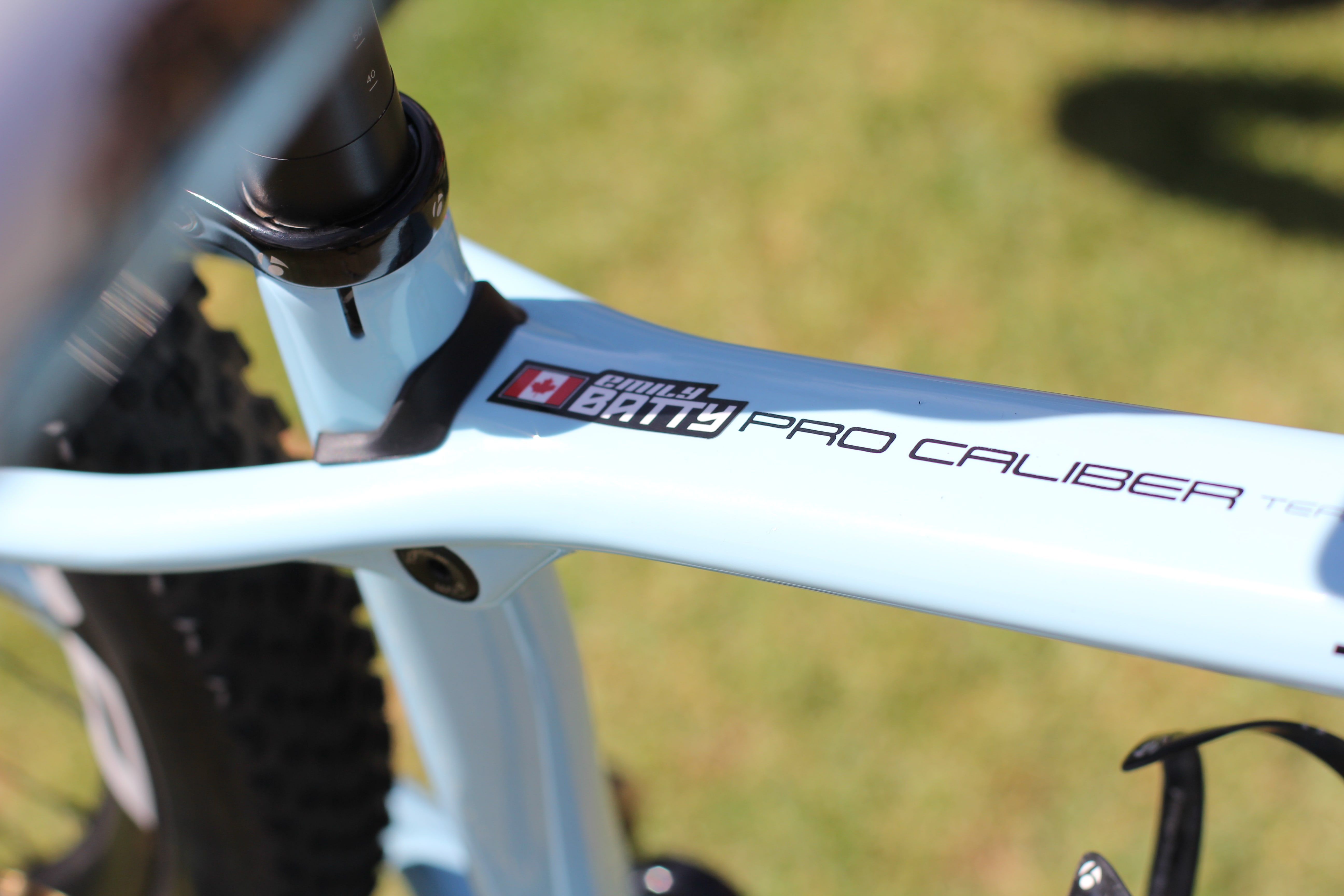 “I love the question but it’s so difficult to answer… (*Emily chuckles) It depends on what time of year I’m in. So if I’m in the Fall, my Trek Fuel EX. Just because we do more trails that are fun and more rugged. And like just enjoying different types of riding. Then I’d say for like an all-round, enjoyable, fast bike, my Top Fuel. Which I really enjoy riding. But for a full-out race bike I’d take my Procaliber. So do I have a favourite, it depends on what time of year you ask me.”

“When I was a girl I didn’t know to look to women for inspiration. So I looked to men because they were kind-of my role models at the time. There were few women, except for Gunn Rita Dahle Flesjaa, who I love competing with, and still look up to.”

“So, I’ve always thought it was important for young girls and young boys, to have a female role model. I think with today’s society, it’s important for everyone to be inspired and to know that women can be dominant. With that, the advice I’d give; is that things aren’t always going to be easy. If you want to pursue something you got to go with the flow, you’ve got to ride that roller-coaster. And you’ve got to take those lows and you’ve got to be able to overcome them. Just in general you’ve got to work hard and stay committed, despite challenges. And what you see on Instagram and social media; you see the glorious side of it. But in order to achieve that glorious side you need to go through the highs and the lows. Because it takes those lows and challenges to become a better rider.” 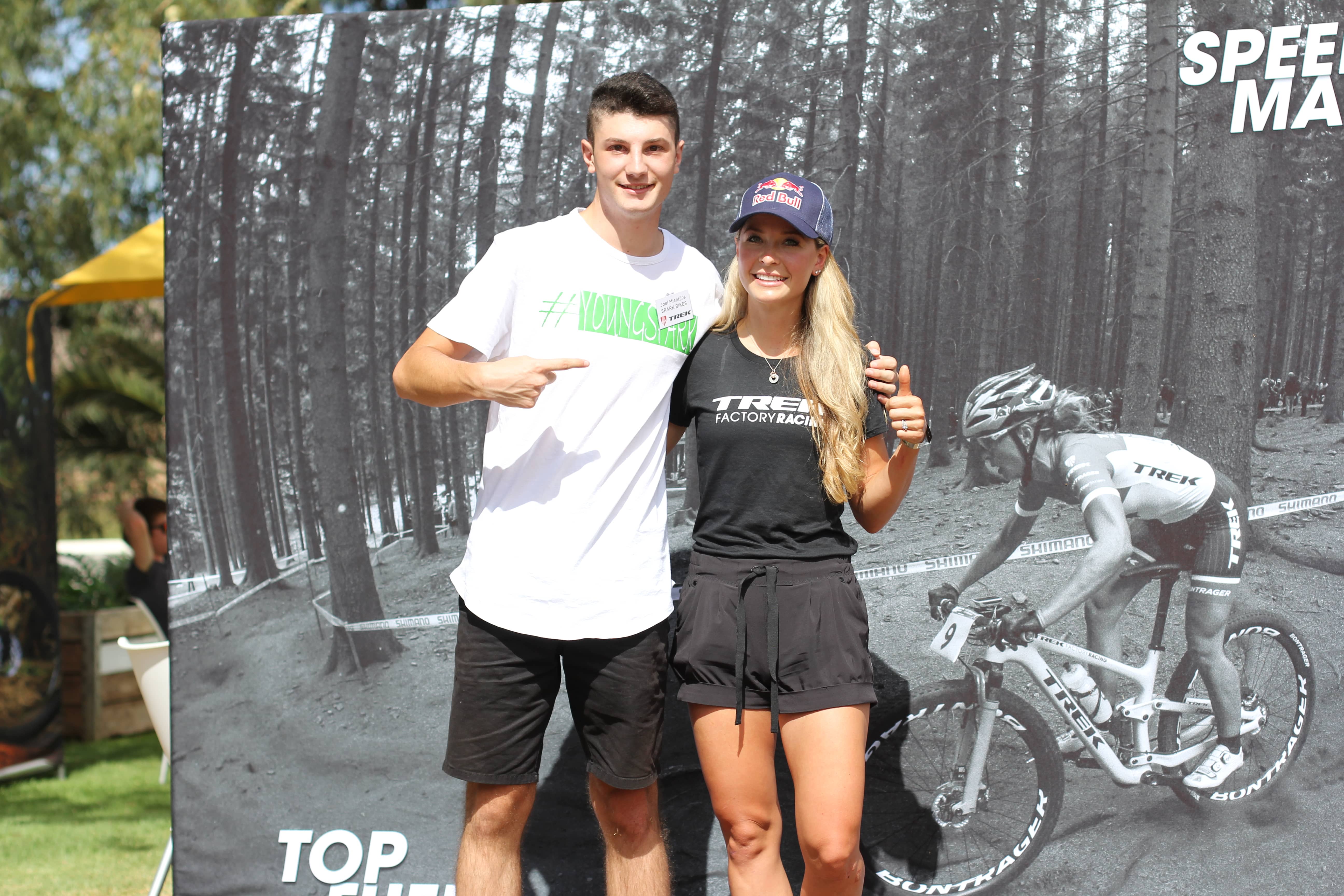 From the SPARK BIKE Team and I; stay-tuned for our interview with Anton Cooper!