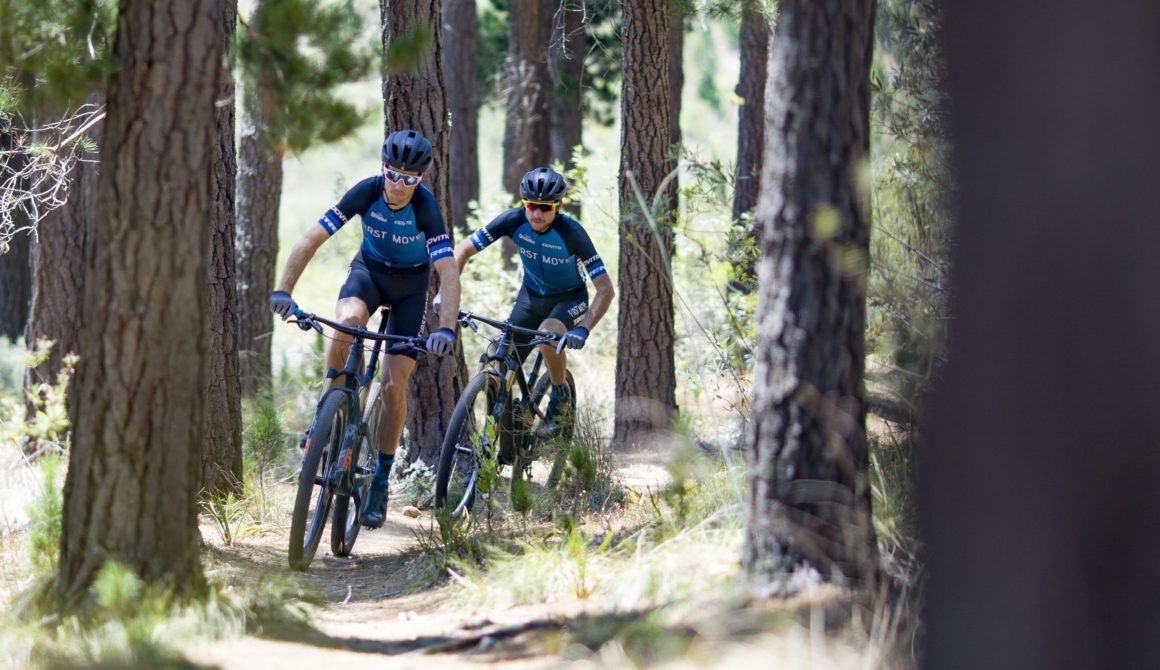 Back in 2007; when Jaco Venter and Jacques Janse van Rensburg were just nineteen, they completed the Absa Cape Epic together.

The 2007 race was not their only encounter with The Race That Measures All as each rider returned to the trails in the following years. In 2020 they return to mountain biking after careers on the road, which took in a combined thirteen Grand Tours, for Team Dimension Data.

To return to mountain biking, Venter and Janse van Rensburg have set up a new team, First Move Sport. The team aims to provide a platform from which riders can race the South African mountain biking season, as well as selected events on the road. Their first big goal for 2020 is the Absa Cape Epic.

“Returning to the race is very special for us because we rode the Absa Cape Epic together years ago when we were nineteen years old” Janse van Rensburg highlighted. “Coming back after all we’ve done since then is quite cool. We’ve raced all over the world in the biggest road races out there, so to be on the start line at a race in South Africa at a race of this magnitude, on mountain bikes, will be something new for us!”

“We have both raced the Absa Cape Epic before and it’s definitely a special race to do” concurred Venter. “It has grown a lot since 2007, but so have we. I am really looking forward to racing it again after all these years, the route looks tough but we’ll be ready for it.”

A sign of the growth in the profile of the Absa Cape Epic in recent years is the fact that Venter and Janse van Rensburg will be joined on the start line by two current WorldTour riders. “March is always a busy period on the road side, and a few riders have shown that if you plan your schedule, it’s possible to mix the disciplines. But my race season never gave me the option to race the Absa Cape Epic” Venter pointed out. “But it shows that the Absa Cape Epic has become valuable to the professional road teams if they are willing to make riders available for these events. Lachlan [Morton of EF Education First] was a teammate of ours on Team Dimension Data in 2018, so it will be good to catch up with him and his partner, Alex Howes, after a few brutal stages.”

First Move Sport will continue the relationship with Qhubeka, the social development charity which changes lives through providing bicycles to get to school or work. Venter and Janse van Rensburg raced for MTN Qhubeka, which became Team Dimension Data, which raised money for Qhubeka throughout their WorldTour careers.

Continuing that relationship was an important part of setting up the new team. “We have been with Qhubeka for most of our careers and really believe in the lives Qhubeka is changing” Janse van Rensburg said. “There was no question in representing the charity after leaving Team Dimension Data, it has become part of who we are and what we represent.” “The bike handovers, seeing the smiles on the faces of the kids when you hand them their brand-new bike, are always really special” Venter added. “To be part of the process that changes someone’s life, that stays with you and drives you to do more.”