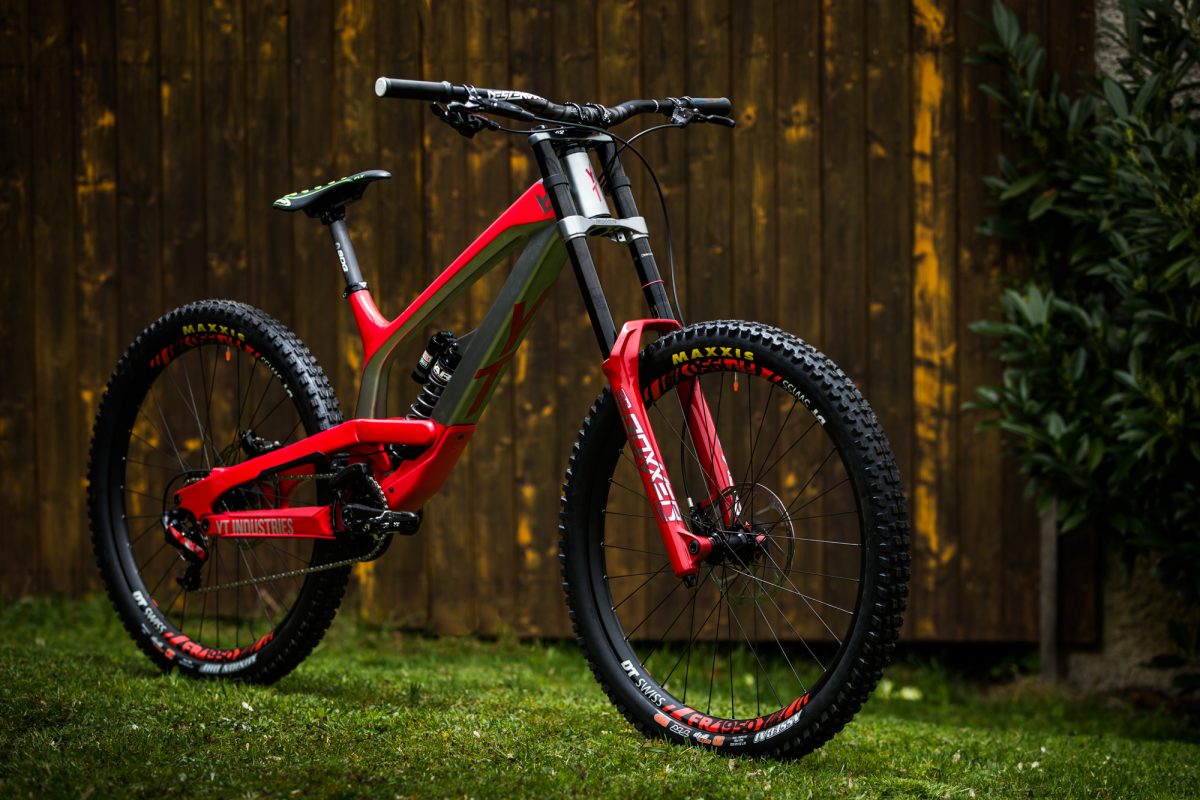 Johann “Pottie” Potgieter is a seriously fast pro downhill racer and owner of the infamous Potties Coffee Shop! Currently residing in Cape Town, South Africa, Johann rides for Team Racing Dudes which is currently based in Germany. Spending most of his time abroad, hopping between UCI Downhill events, Johann is still commonly considered a local trail hero. In 2017 he took the South African national downhill championship title, and in 2018 he produced solid, finishing results on the local and international circuit.

Team Racing Dudes are currently shredding it on downhill bikes from YT Industries. Mainly on the brand’s flagship downhill race machine, the TUES CF. After the team’s vividly strong performance at the UCI Downhill World Cup race in Maribor, Slovenia, we managed to get in touch with Johann Potgieter, to get an up close look at his 2019 YT TUES. Someone bring the magnifying glass, and let’s get cracking!

“My new YT Tues is such a rad bike. I will be using the 27.5 bike for this season even though YT did launch a 29er version.”

The boys at YT Industries certainly know a thing or two about building downhill mountain bikes. Just by taking a glance at the frame, we can see this brand and anyone who rides their bikes are destined for greatness. The YT TUES CF comes in high modular carbon fibre, meaning its stiffer than the norm. Then there’s the V4L – Virtual 4-Link rear suspension – which carries along a fully capable Rockshox Vivid R2C rear shock in Johann’s case.

The RockShox Boxxer Ultimate is the choice of champions at the moment on the downhill circuit. They tend to be lighter than most other forks, making it an obvious choice or riders looking to have a more manoeuvrable bike feel. Both the front and rear shocks feature 200mm of travel.

“The V4L (virtual 4 link) suspension system works great. It is a very progressive setup which makes the bike nice and ‘poppy’ while still having great small bump compliance.”

Johann is running a full SRAM XO 7spd drivetrain setup. This group set is specifically designed for downhill racers, with extra tension on the derailleur to prevent chain slap. His cranks are also from the XO range, being 165mm in length.

Let’s talk wheels. To race on the downhill track like Johann does you need some reliable “hoops” to get from start to finish. For this, the team have called upon the services of set of DT Swiss FR 1950’s. With Maxxis Minion DHF rubber on the rear wheel and Assegai up front.

“The bike is quite light for a downhill bike which makes handling a dream.”

Special thanks to Johann for supplying the specs and photos of the bike!