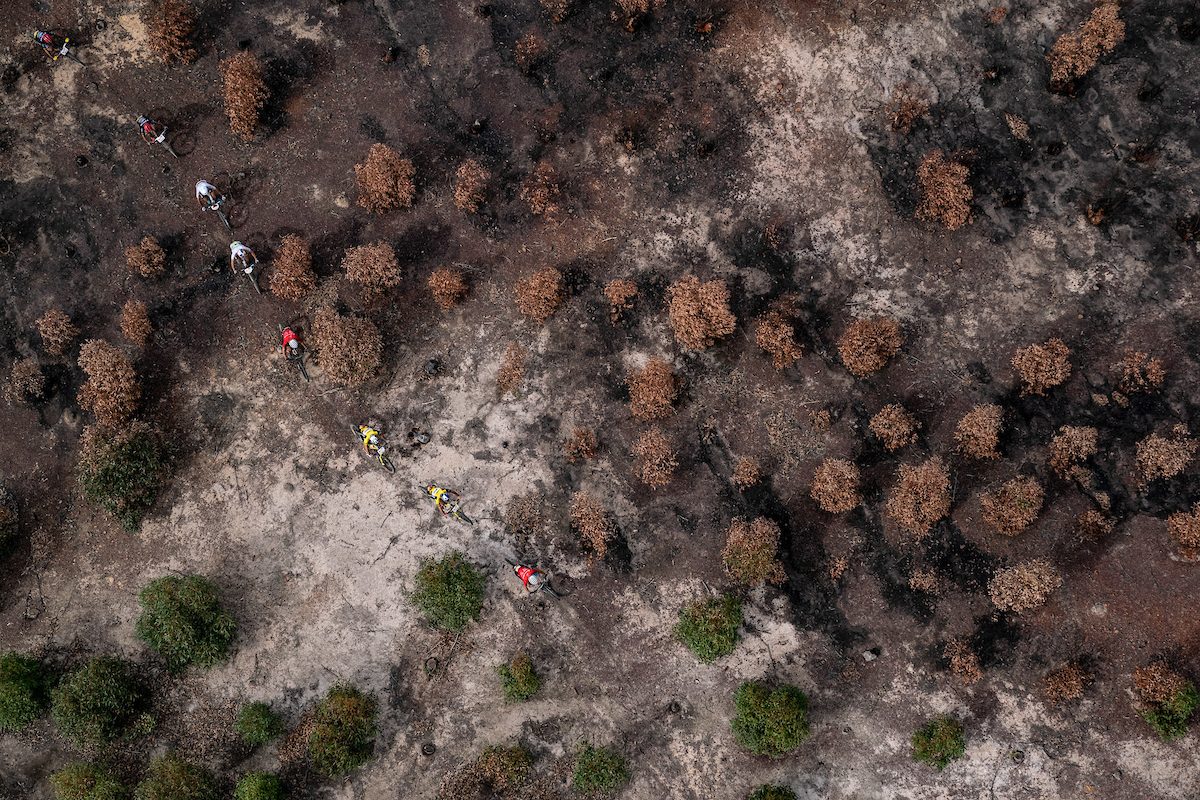 Entries to the 2021 Absa Cape Epic have sold out in a matter of seconds; after opening at 15h00, South African time, on Tuesday 19 May. With 90% of the 2021 entries taken up by those teams that had registered for 2020, space for new entries was highly limited and 55 team entries were made available, on a first-come-first-served basis. Those limited entries were snapped up virtually instantaneously.

“We are delighted that so many mountain bikers have committed to embarking on the journey towards next year’s Absa Cape Epic with us” Kevin Vermaak, the Race Founder stated. “Since its inception in 2004 the race has always been oversubscribed and I, as a two-time finisher myself, am aware of the amount of training that goes into preparing for an Absa Cape Epic. Known as The Race That Measures All, it’s mountain biking’s most aspirational and inspirational event. Having the race as a goal for 21-28 March next year is sure to keep the entrants on their bikes and motivated during these uncertain times.”

“Having been unable to showcase the 2020 route we are excited by the prospect of visiting Ceres, Tulbagh and Wellington in 2021” Vermaak continued. “The route is undoubtedly one of the most demanding yet incredible routes in the race’s history. Crossing the Grand Finale finish line at Val de Vie Estate next year will, undoubtedly, be even more emotional, after the upheaval of this year.”

The 2021 Absa Cape Epic will take on the 647-kilometre route, which features 15 550 metres of climbing throughout its eight days of racing. Race villages will be hosted by Ceres, Tulbagh and Wellington. Each of the towns was looking forward to hosting the 2020 race, due to the massive boost to the local economies it brings. Local hotels, guest houses and AirBnBs expect to be fully booked during the 2021 Absa Cape Epic’s stay in their towns, guaranteeing an income for the hard-hit tourism sector.

Two riders who secured their spots when entries opened were Justin and Simone van der Linde. Justin is an experienced stage racer whose bike took him to many of South Africa’s biggest mountain bike races in 2019, including the Absa Cape Epic. In his first attempt at The Race That Measures All, he finished 253rd alongside Albertus Jooste. In 2021 Justin plans to ride with his wife, Simone.

“Simone has been riding on and off the last few years” Justin explained. “Unfortunately, she fell badly during a 3-day mountain bike race at the end of 2018. That put her off until the opportunity to ride the Absa Cape Epic together came up. We’re happy to have a lot of time to prepare mentally and physically. But above all, we’re looking forward to taking on this challenge together.”

Another team excited to be riding together are Gauteng-based twin brothers Shaun and Brett Basel. “I’ve been trying to get an Absa Cape Epic entry for about 6 years now” Shaun confessed. “I’ve ridden joberg2c and sani2c since their inception and have done a few Wines2Whales races too. But the Absa Cape Epic was the one that had always eluded me. I’m surprised I managed to secure a spot, but it will definitely help with the motivation to get out and ride from 6 to 9 am on cold winter’s mornings. And with the hours on the indoor trainer too.”

For those who missed out on an entry for the 2021 Absa Cape Epic, this is not the end of the line. The race will still allow teams to register for the waiting list, allowing them the chance to enter at a later point should pre-registered teams withdraw from the event. To add your name to the waiting list or to find out more about the 2021 Absa Cape Epic, which is scheduled for 21-28 March, please visit www.cape-epic.com.