The old saying goes that there are only two certainties in life: death and taxes. When mountain biking in Stellenbosch another two can be added: singletracks and vineyard climbs. Stage 6 is the traditional play day of the Absa Cape Epic and there is certainly fun to be had on the plethora of trails on this stage in 2019. But be warned; you work for every pleasure on the Botmaskop, Banhoek and Simonsberg Mountains. Rolling off the fields Heart Break Hill provides a rude awakening within the first kilometre. Then it is onwards and upwards, ever upwards in-fact because Botmaskop needs to be conquered in order to earn the right to swoop down Skyfall. Skyfall, at Bartinney Wines, marks the start of the Banhoek Trails – which also includes the mandatory sandy section of dual track before the day’s next climb. Heading first up, then down, the Nik Naks trail is a test of endurance and technical skills. Riders are then led out of the Banhoek Valley and onto the slopes of the Simonsberg, climbing once again to Tokara. The descent to Rustenberg Wines provides momentary respite; but the climbing soon begins again, this time for nearly 7 kilometres on an inexorable grind with a name stolen from the singletrack at its summit: Never-Say-Neverender. Singletracks and a dastardly vineyard climb usher the route off the Simonsberg Trails and onto Klapmuts Kop. Here, after another testing climb, the stage’s Land Rover Technical Terrain awaits on a rocky but flowing switchback descent. Past Delvera and back onto the Simonsberg network of tracks the route cuts lower on its return – taking in Jakkalskloof and Ho Chi Minh – but still providing a testing climb or three. The final of these takes the race up Old Helshoogte Pass, through a culvert under the new pass, and back up Botmaskop. The reward for this climbing is the revitalised World Cup Downhill track, from the late nineties. Then it is homeward bound through the suburbs to conclude the penultimate stage of the race. 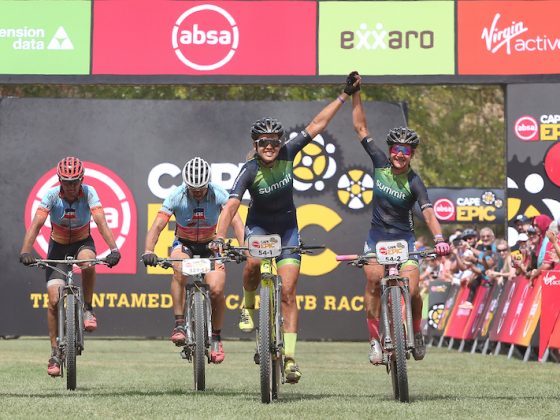 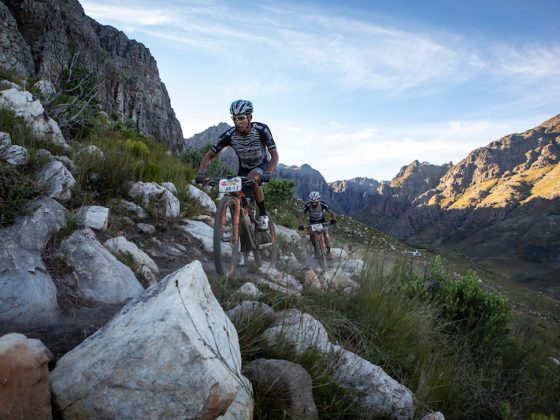 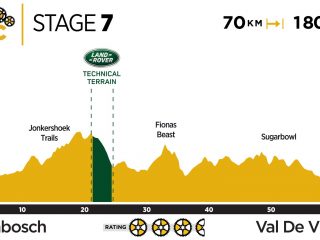 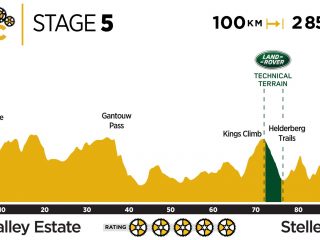 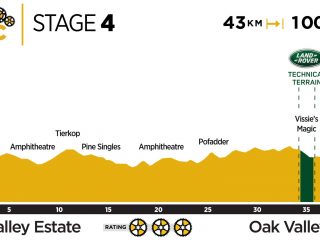 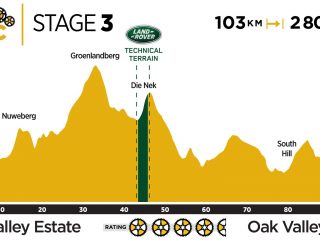 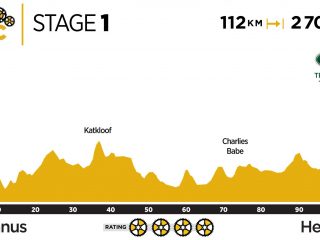 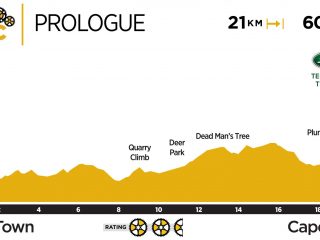 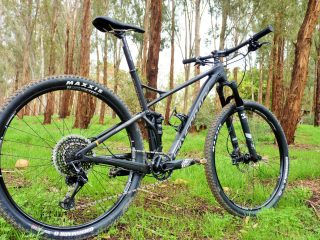