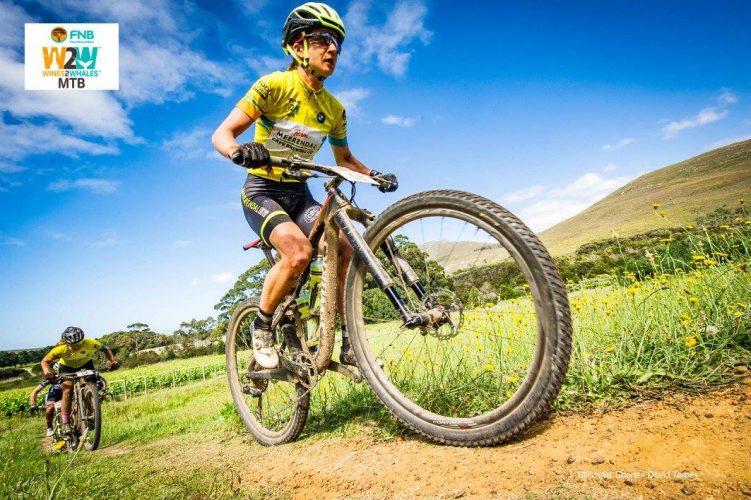 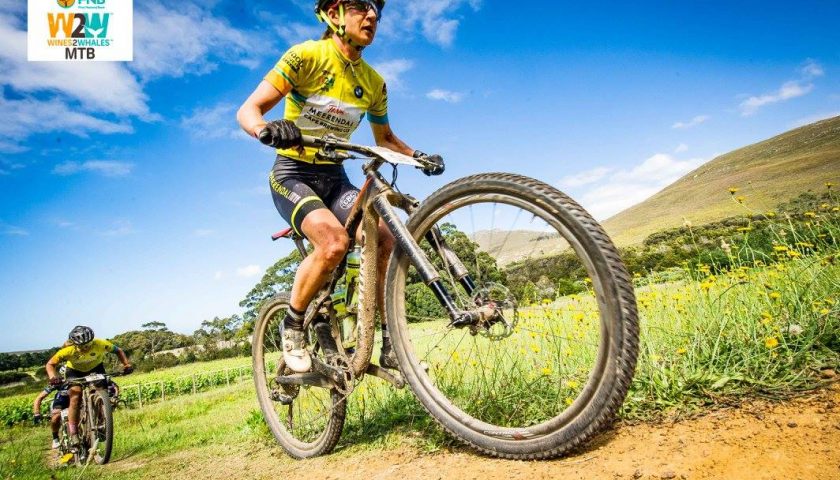 Candice Lill might be a self-proclaimed red-wine lover but that has never stopped her from enjoying a good glass of Chardonnay. In fact her perceptions could very well change as the 2018 FNB Wines2Whales Chardonnay race rolls out a dedicated women-only start batch for the first time in the event’s history.
Lill, who finished second in last year’s FNB Wines2Whales with dormakaba teammate Vera Adrian, praised the organisers for taking progressive and positive steps for women’s cycling. The Chardonnay race – the first in the 2018 series from 26 – 28 October 2018 – remains the highest prize purse for women per stage in the world. The news that the women will be the first batch to start each morning is a milestone in itself – and one that could very well see a women’s team cross the finish line before any other category for the first time, too. The Chardonnay race is also the only one of the three FNB W2W events that has a dedicated prize purse for the women.
“It is very exciting!” said Lill. “A higher prize purse always makes the racing that much more intense, and also draws a bigger field to the start line. These are two factors that have been lacking in women’s racing in previous years, but I believe that we, the racers and the event organisers, have made significant steps in the right direction.”
“Gone are the days when the winners of the women’s race finished an hour before the second team. We want our women’s race to be exciting for people to watch. We want to have a good battle out there. This encourages increased media coverage and makes the racing as fair as possible.”
“With steps like this, women’s racing will go from strength to strength, and grow even more in years to come. This will make it viable for more female professional cyclists to make a career and a living from racing, which means more women on the start line, more exciting racing, which transforms into an exponential growth for the sport.”
Does Candice like Chardonnay? Well, she doesn’t deny it. “Let’s just say that I am a fussy Chardonnay drinker. I do prefer my red wine, but I have tasted and enjoyed some outstanding Chardonnays.”
Race founder, Johan Kriegler, said that while they had always enjoyed a significant percentage of female participation in the FNB Wines2Whales, they wanted to mark the 10th birthday of the event in a special way. Kriegler believes putting the emphasis on women in the first of the three FNB Wines2Whales events will significantly grow the sport.
“The FNB Wines2Whales has been the favourite multi-stage event with women since the start in 2009, and we wanted to be innovative for our 10th anniversary race in 2018,” said Kriegler. “The women’s race will take place during the first weekend of the FNB Wines2Whales, during the Chardonnay event from 26 – 28 October 2018. Having a separate start will ensure a fair competition between women in all categories – even those not competing for prize money. This will allow us to have more media focus on women and to celebrate their accomplishments during prize giving. The total prize money for woman will again be the same as for men.”
This is not to say other categories cannot enter the Chardonnay race. Men’s, Women’s and Mixed teams will be allowed to enter any of the races, but the prize money on the Chardonnay race will specifically be given to the top three Women’s category teams.
To ensure that you are part of the 10th birthday celebrations, in October and November, get in early. Preferential entries for 2017 participants and those on the waiting lists open at 08h00 on Wednesday, Valentine’s Day, 14 February 2018. This window will only remain open for 48 hours. Public entries open on Friday, 16 February 2018 at 08h00. Entries are limited to 675 per race. Prices per team are R12 800 (no accommodation), R14 500 (standard tented accommodation) and R20 000 (luxury tented accommodation)
Source: FNB Wine2Whales