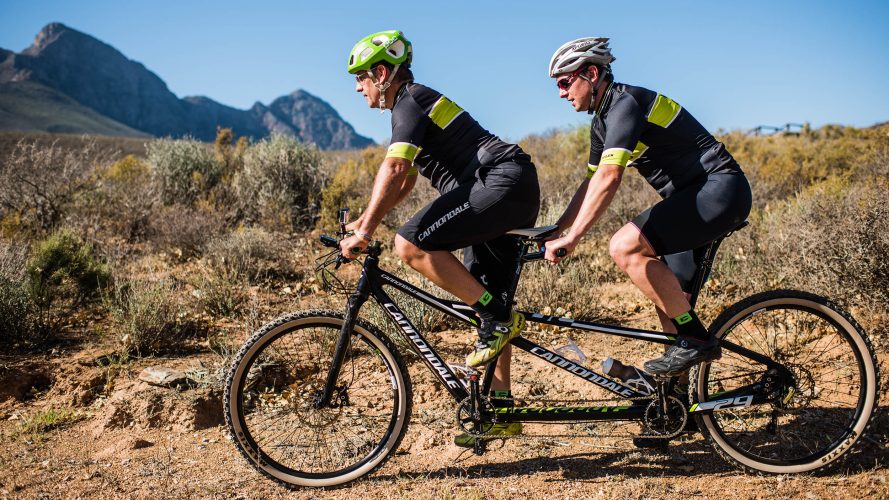 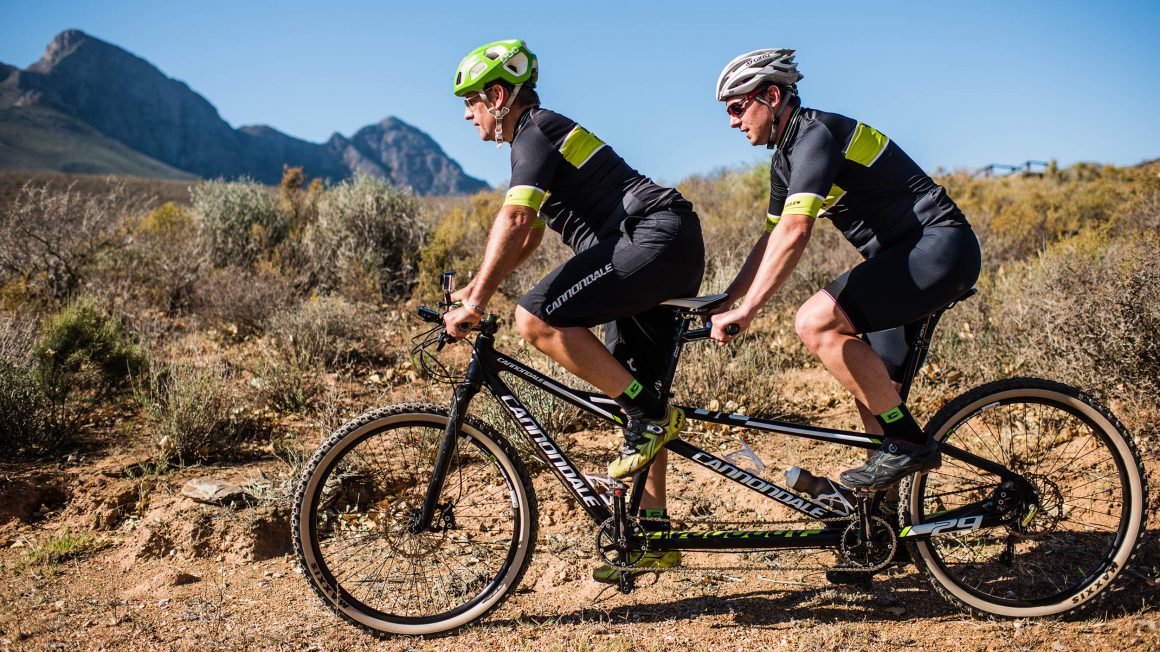 Paralympic triathlon hopeful Gavin Kilpatrick, along with his tandem mountain bike guide Francois Esterhuizen, will ride the challenging 100km Buco Lions Karoo to Coast Mountain Bike Challenge later this month. The event is celebrating its twentieth year, with 4500 participants set to ride from Uniondale to Knysna via the Prince Alfred’s Pass on 23 September.

Kilpatrick was diagnosed with Stargardt disease as a child and his sight degenerated. He has only 20% vision but has never let this deter him from competitive sport. Kilpatrick won a bronze medal at the 2008 Paralympics for track cycling and now focuses on triathlon, where he is looking to gain enough points in the ITU World Triathlon Series over the next two years, to qualify for the 2020 Olympic Games.

“I love to compete, and I love to inspire others to take part in sport despite any challenges they may face,” he says.

“Tandem mountain biking has opened up a whole new sport beyond triathlon for me. Francois and I

completed the Coronation Double Century road race on a tandem last year, and he then suggested

Esterhuizen, a passionate cyclist and owner of Manic Cycles in Worcester, says: “Gavin is very fast

and strong on the bike, and I think he will be pushing me at the Karoo to Coast as much as I will be

supporting him with navigation on the route. It’s good to see tandem mountain biking taking off the

way it has in South Africa the last few years.”

The Buco Lions Karoo to Coast is hosted by the Lions Clubs of Uniondale and Knysna and all proceeds from the event go towards SightFirst projects across the Southern Cape. SightFirst is a Lions Club International initiative to fight the major causes of preventable and reversible blindness by providing eye health care in disadvantaged communities.

“We are very pleased to have Gavin and Francois join us this year at Karoo to Coast, especially as helping people with sight is one of the core reasons we put on this event. Gavin’s participation helps to raise awareness of sight impairments. It’s important for people to see what can be done despite these challenges,” says Sue Fitzpatrick from Knysna Lions Club.

“We supply an average of 300 pairs of spectacles every year. 4307 cataract operations have been sponsored and we have another 160 booked, and 19 cornea replacements have been done. 60 guide dogs puppies were donated through the S A Guide Dog Association, and in the last two years, we have sponsored the training of three guide dogs from inception. All of this is achieved through the support of the riders who take part in Karoo to Coast each year,” she says.

Zandile Meneses, Race Director, says that there are 8 tandems entered this year: “There are a further

Jacobsz, who has just completed a 500 km tandem ride in the Himalayas, and David  Jones, will be joining

us on the start line with their tandem guides. We look forward to having them compete along with some

of the top mountain bikers in the country.”