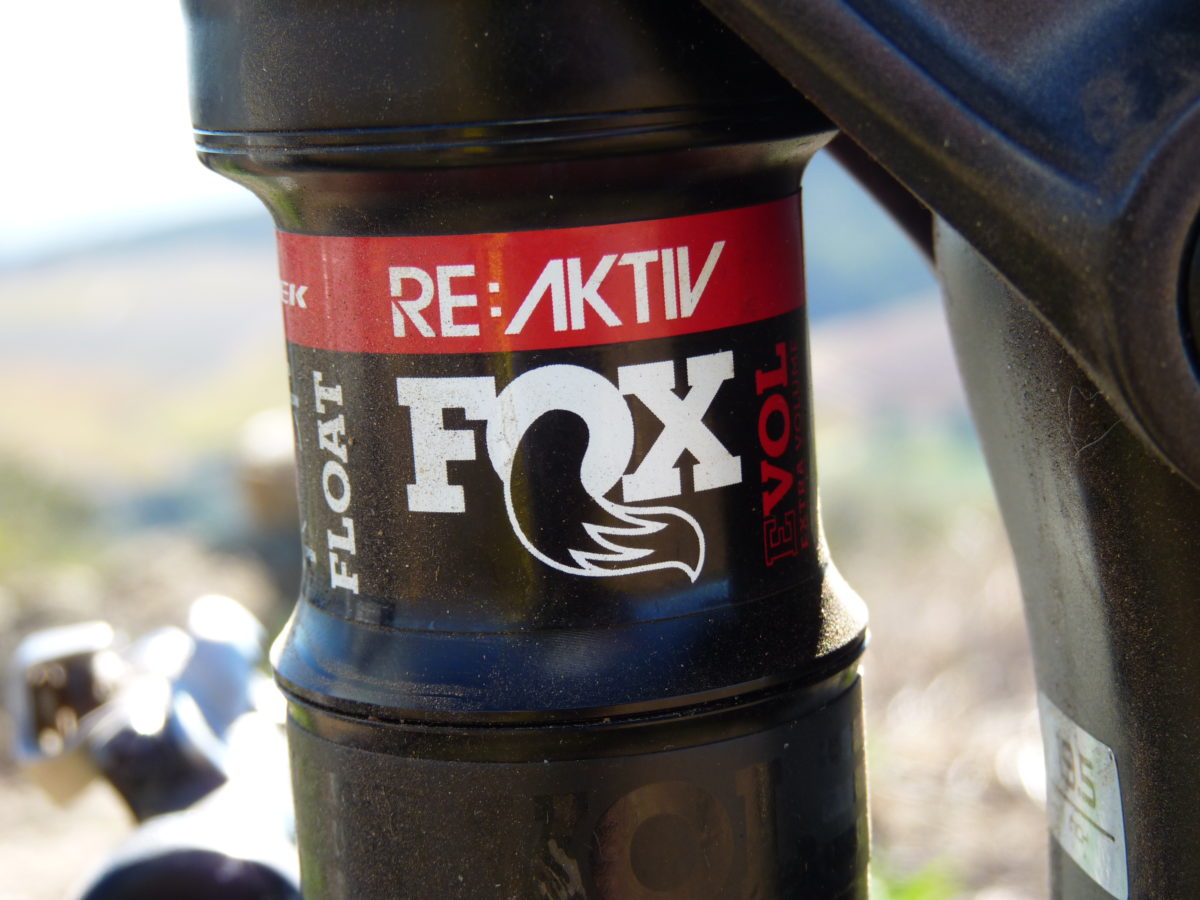 Trek’s RE:aktiv Suspension technology, derives its undisputable, high-performance features from F1 cars. It volumes out how a rear shock should perform, and sets the pace, in the race for the best shock technology!

The RE:aktiv Suspension technology, was just one of those things I couldn’t have over looked while I tested Trek’s Fuel EX 9.8. It was an innovation that was distinguishingly felt on the bike, with its no-sacrifice attitude between efficiency and control.

To start things off, Fox made a good impression with their Float Performance rear shock. Equipped with EVOL air sleeve technology, the Fox shock was a perfect team up with Trek’s RE:aktiv technology. On the Fuel EX 9.8 bike model, the rear shock supplied me with a springy 130mm of pure travel. Sublime target if you ask me, since the EX 9.8 was designed to tackle more of a trail orientated environment. So hopping down drops was no problem from my side, since the impact force of landing was significantly diminished.

If I haven’t mention the RE:aktiv technology’s adaptability to the trail, then now is the perfect time to. The RE:aktiv damper featured a 3-position setting that I could choose between depending on the terrain. The different settings were namely, Open, Medium, and Firm. The Open setting, I inevitably used when crossing over rocky terrain, since I didn’t want to feel those sharp bumps. Then the Medium and Firm settings I used for climbs and flat-out sprints. I concluded that the RE:aktiv damping technology was in fact very flexible to the type of terrain I covered. Check that off the list for ‘What every MTB suspension needs to have’!

The Science Behind It – What Trek has to say about Regressive damping:

“Regressive damping works when it should, and only when it should, because its engagement is sensitive to shaft velocity. What affects shaft velocity? Most rider inputs, like pedalling, produce low velocity, whereas most environmental inputs are the result of encounters with eruptive shapes, and result in high shaft velocity. With RE:aktiv, inputs that produce low shaft velocity do not affect performance but a threshold exists where anything that exceeds it immediately and dramatically changes the function of the shock. A sudden increase of shaft velocity—or how quickly the shock is trying to compress—opens the suspension up and allows for a supple and controlled response. It’s like having two different shocks on your bike.

Normal rider input cannot produce enough velocity through pedalling to open the shock, which is the basis for RE:aktiv’s ability to distinguish pedalling from environmental inputs that require suspension engagement. When abrupt obstacles are encountered, the shock gets out of its own way. The process reverses as quickly as it begins, meaning that you don’t lose it on the obstacle but don’t sacrifice efficiency in the transition either. The speed of this transition is what gives RE:aktiv its unique feel—one that riders have been seeking for years.”

The very thing that sold me on the ride, was the fact that RE:aktiv responded immediately to the terrain that I was on. If I needed a bit of absorption on an uphill, I set it on the medium damping setting, and almost instantly I felt the difference.

Comparing the RE:aktiv suspension to other suspension technology, I could physically feel this technology, whilst with some other suspension technologies, I had to really feel deep to feel it. For instance, when the time came for single-track berms, I felt confident and balanced, with any obstacle knock that I encountered, being heavily toned down. Moreover, when I wanted to get some speed and pedal my heart-out, there was no bopping of the rear shock. Even on the medium setting!

I would class the Trek RE:aktiv suspension technology, as one of the top 3 suspension technologies that I’ve tested. My reason behind it, is simple; it responds only when you need it to, and exactly how you want it to. Ultimately its effective and reliable, so that the rider can experience the ride with a whole new viewpoint. Three cheers to Trek for making MTB more enjoyable and worry free!