The Challenge for the Absa Cape Epic African Women’s Jersey 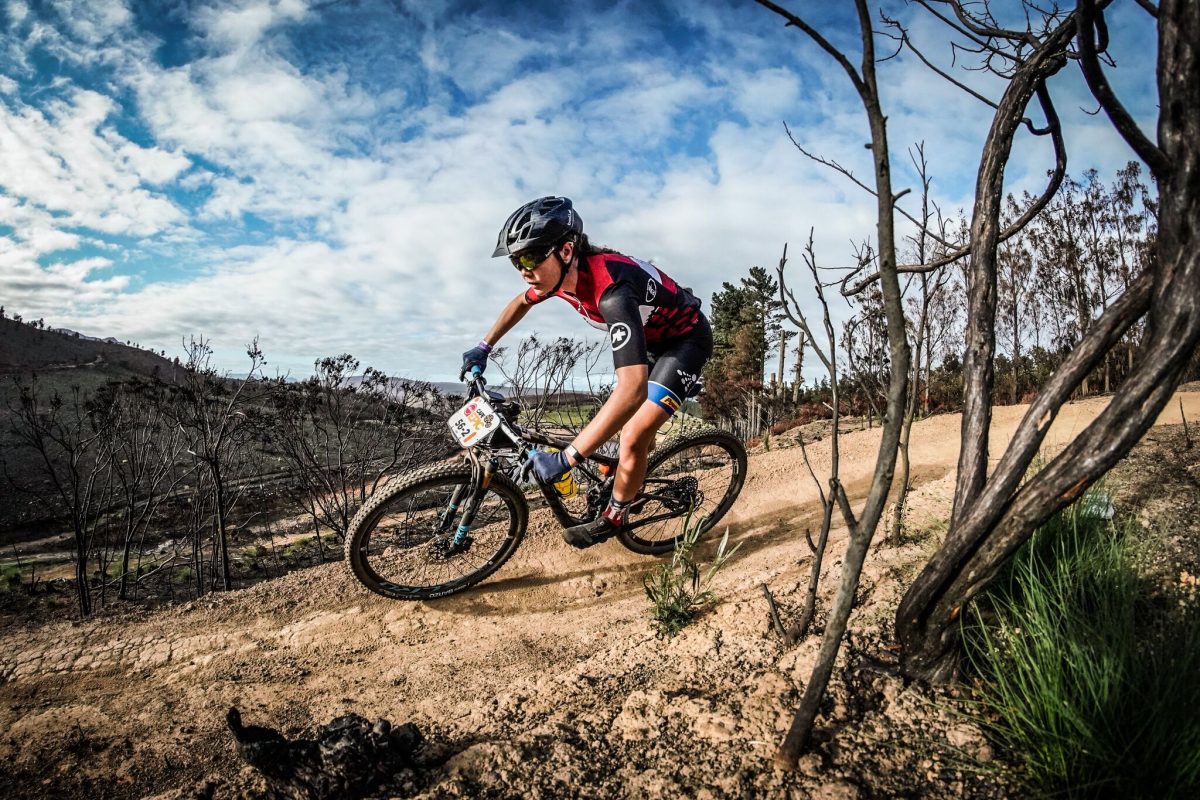 The Absa African Women’s jersey competition will be held for the third year during the 2020 Absa Cape Epic. The race, inaugurated to foster growth in the number of African riders in the Women’s category, is designed to raise the profile of the local women and provide a platform for their sponsors. In this year’s race, the teams contesting the eye-catching red jerseys are Faces CST, Galileo Risk Infiniti and Saint Ladies.

The Faces CST team of Mariske Strauss and Candice Lill start as the favourites for the competition. In fact, the pair are among the favourites for the Women’s overall title. Both Strauss and Lill have finished second on the general classification and 2020 represents a chance to go one better and take home the orange Women’s leader jerseys, as well as the Absa African Women’s jerseys.

Lill was one of the inaugural Absa African Women’s jersey champions, alongside Amy McDougall, in 2018. The South African cross-country champion opted not to defend her title in 2019 however, as she raced with Germany’s Adelheid Morath. She pointed out then that she aimed to win the race outright, rather than targeting the Absa African Women’s jersey competition within the Absa Cape Epic.

In Strauss, Lill has a partner capable of aiding her in the bid towards both titles. The former national cross-country champion, whose title her now partner won off her, is, on paper, the Faces CST rider’s best possible partner. Both Lill and Strauss are entering the peak of their careers, possess explosive power and superb bike-handling skills. They should, therefore, be able to follow each other’s attacks, but could be at a disadvantage on the long stages where holding a steady pace for hours will be required.

The Absa African Women’s jersey defending champions, Sarah Hill and Theresa Ralph will have their work cut out for them if they are to retain their title. Though Hill has grown in leaps and bounds, as a mountain biker, in recent years, she and the evergreen Ralph have not had the firepower to go head-to-head with Faces CST. They do know, from experience, the Absa Cape Epic categories and competitions are easy to lose but difficult to win.

Ralph is one of the most experienced women in the field. Since taking up mountain biking, at the age of 34 in 2010, just six months before her Absa Cape Epic debut, she has finished eight editions of the Untamed African MTB Race. The Galileo Risk Infiniti rider has finished on the overall podium on two occasions, securing second in 2012 and third in 2014. That experience helped Ralph guide the excitable Hill back from a disastrous start to the 2019 race.

The Galileo Risk Infiniti pair came back from a 30-minute time penalty to win the Absa African Women’s jerseys after dormakaba’s McDougall withdrew due to illness. Staying healthy, avoiding injuries and reducing the risk of mechanicals are all part of the winning formula. By remaining in contention until Val de Vie, Hill and Ralph can keep themselves in the running for the jerseys.

The third team to watch in the Absa African Women’s jersey shakedown is the Saint Ladies combination of Cherise Willeit and Nicky Giliomee. Willeit is the South African road (2008) and time trial (2009) champion, along with holding four Cape Town Cycle Tour titles. A formidable and fearless bunch sprinter, she has made occasional, if not always sustained, forays into the world of mountain biking.

Willeit last rode the Absa Cape Epic in 2017; alongside Mikayla Benkenstein. Her 2020 partner, Giliomee, is no stranger to Absa Cape Epic success. Giliomee won the Virgin Active Mixed Category, alongside Brennan Anderson, in 2018. The Saint Ladies pair raced the Cape Pioneer Trek, in September 2019, together and proved to be well-matched.

They are also both exceptionally popular off the bike and likely be found in the middle of a circle of riders, somewhere near the Woolworths coffee truck. While their Saint kit will be difficult to overlook in the peloton, there is no question that, regardless of how they fare in the race for the Absa African Women’s jerseys, Willeit and Giliomee will attract their fair share of the media spotlight.

The favourites for the win remain the Faces CST team; with Olympic qualification spots up for grabs, thanks to the UCI points on offer at the Absa Cape Epic, Strauss and Lill cannot afford not to equal or better their previous bests. That pressure could spur them on to new heights, or it could play into the hands of Galileo Risk Infiniti and the Saint Ladies.