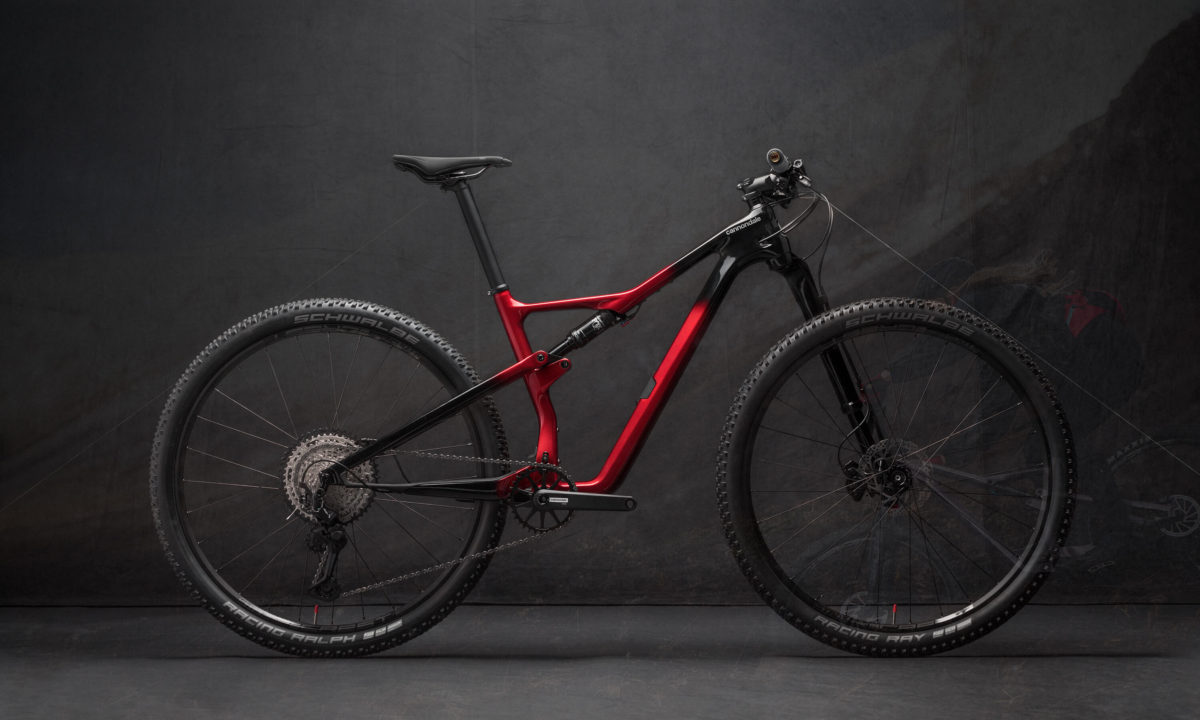 Just like that Cannondale announce that they will be rocking the rocky world! A brand new and revamped iteration of the brand’s Scalpel has been unveiled, as well as new mountain bike technology, that I am totally losing my mind over – in a good way. The 2021 Cannondale Scalpel and Scalpel SE has been in the works for some time now. We first noticed it, dodging cameras, and media personal at the beginning of 2020, where Manuel Fumic and Henrique Avancini piloted the prototype through the rocky, Cape Pioneer Trek mountain bike race in South Africa.

The big news was finally revealed on the 20th of May at 3pm globally, where the Cannondale Scalpel once again created quite the buzz on social media. At least we all still know how to throw a good social media party for new bikes arriving on the market, amid a global pandemic.

Cannondale have not just unveiled one reiteration of the Scalpel model, but two. One you will be familiar with, the standard XCO menace Scalpel, and then the new Scalpel SE. The SE is set to focus more on trail riders, encompassing longer shock travel mainly 120mm suspensions front and rear, slacker geometry, and standardized models with a dropper seat post. While the orignal Scalpel will maintain its XCO race stronghold, with faster geometry and 100mm suspension components.

The Scalpel has once more received a make-over on its frame design. It remains incredibly stiff and remarkably light, with a new rear suspension linkage and Flex Pivot. According to Cannondale the frame, together with certain components, and including the rear shock; weighs a mere 1910 grams. That is lighter than most, and the company’s design engineers deserve their spot in the limelight.

The all-new Flex Pivot integration is located on the frame’s chainstays. Their job is to anchor in the sideways rigidity of the frame when cornering, while offering consumers the joy of not worrying about the maintenance of suspension pivot bearings. They add to the reduction of weight. How will their structural integrity hold up over time though? They seem incredibly and somewhat frighteningly thin.

In terms of frame material, Cannondale are sticking to what they know best. They are offering almost all their Scalpel and Scalpel SE frames in BallisTec carbon fibre, except for the single top range model, the Scalpel Hi-MOD. This kind of carbon is mainly what the pros will run, as its extremely high-performance and quite expensive.

Two other new and neat integrations on the 2021 Scalpel frame, is the ability to run a dropper seat post on the Scalpel SE – in fact, they come standardized with one – and the second is Cannondale’s very own Stash. This is simply a fancy integration on the downtube of the frame that can hold a Fabric 8-in1 mini tool, C02 inflator and tire plug kit beneath the water bottle. Its quick and easy to access if you are in a hurry, and its aesthetically appealing.

The Cannondale has always dominated in the mountain bike world with tech. Especially if you consider that its primary racing edge is the Lefty 2.0 fork – which is arguably the lightest XC fork out there. Now the 2021 model encompasses even more technological advancements, to help riders win races, and while this new Scalpel is yet to be proven in World Cup races, its looking promising. However, we cannot yet dub it as the “best in class”. Despite my craze over Cannondale. That title must be earned.

Our fingers are crossed to see them on the trails soon. However, both the Cannondale Scalpel and Scalpel SE are quite high in price compared to other bikes in their class. And considering the economic scramble on right now, people may not be able to afford such luxuries until later in the year. But let’s see what happens, hopefully my predictions are wrong.