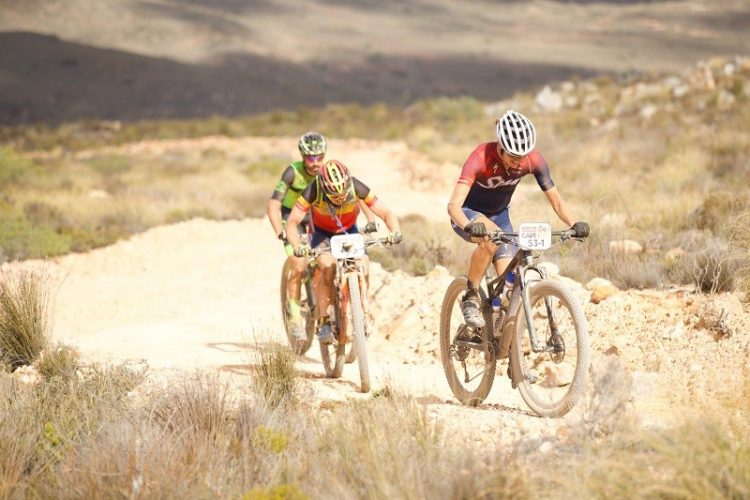 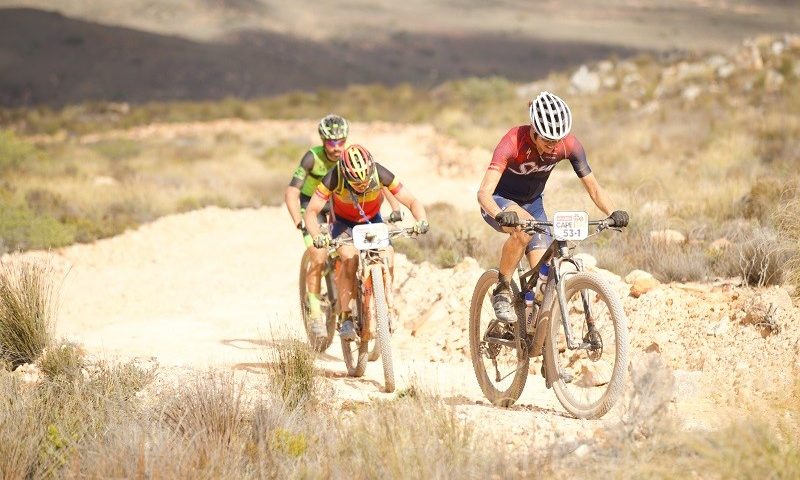 The new Team Spur pairing of Ariane Lüthi and Githa Michiels carried the momentum of their second place in the prologue to finish second and defend their GC standing on the first stage of the Absa Cape Epic on Monday.

The 110km loop of Robertson with some 1900m of climbing was the first real test of the 2018 Cape Epic and Ariane and Githa finished less than a minute behind overnight leaders Annika Langvad and Kate Courtney of Investec-Songo-Specialized. For a pairing who hardly know each other, that time limit over that kind of distance is a triumph in itself.

“This was a big one,” commented Ariane after the finish. “A long one – the first real test. But, the legs were still fresh this morning and we felt good,” she said.

Through the initial long, open district roads (reminiscent of some of the ‘older’ Epic stages) it was all about conserving energy while staying in touch and most of the top women’s teams were in close contact. “As soon it got a bit more technical, Annika and Kate attacked but we managed to stay with them,” Ariane said, explaining how she had to concentrate (and work) really hard to stay on their wheels. It was around this time that something got into Githa hita rear derailleur which slowed her down and ultimately forced her to stop and attend to the issue.

“I didn’t even notice in the beginning,” Ariane admitted. Fortunately Githa managed to fix the problem and put in a huge effort to reconnect with Ariane. “That definitely burnt some matches,” she said. “From there on out it was up to me to do most of the work so she could recover.”

Ariane praised her partner for the huge effort in getting back and in the courage she is showing. “She can really push very hard for short efforts, as we learned today. She is so tough and I, myself had to remind myself to think of her and while communication is still an issue we are getting along really well which is great. We’ll adapt our strategy day-by-day.”

Ariane and Githa had Investec-Songo-Specialized in their sights for most of the day, but at one point the gap did start stretching. “Then they too suffered a mechanical and had to stop,” Ariane said. “We passed them and had the lead for a while, working hard to try and eat into their overall lead.”

Investec-Songo-Specialized fixed their issue fast and did manage to haul Ariane and Githa back. “They are riding really, really strong,” Ariane contented. “Hats off especially to Kate – it’s her first Epic and she is so young and over that distance she went so well.”

Stage 2 kicks off at 07:10 for the Elite ladies for another long day: 110km, 2000m: Robertson-Robertson.
Follow the daily live streaming on the Absa Cape Epic Website