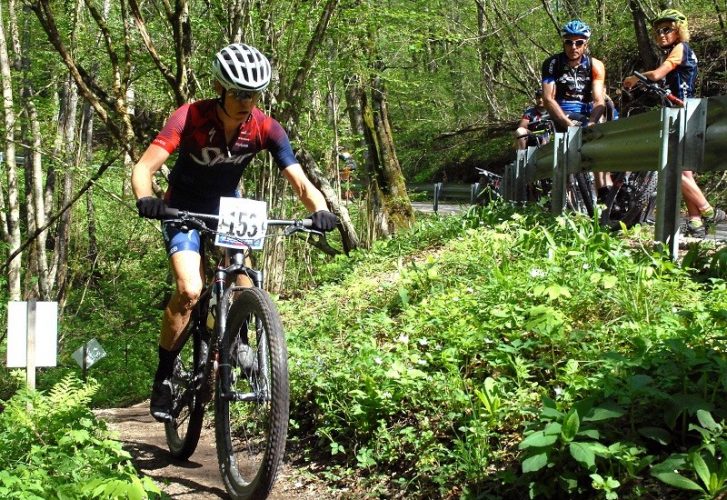 Team Spur’s Ariane Lüthi and Alan Hatherly both lined up on Sunday, 22 April for their respective Continental Championship races. Ariane was in Spilimbergo, deep in the lush Dolomites region in northeastern Italy for her first attempt at European Marathon (XCM) Champs. Alan had a vastly different experience in arid Cairo, Egypt for the African Continental XCO Champs. The terrain and environment couldn’t have been more different for the teammates, yet they rode to impressive results.

Ariane had a daunting challenge on her hands in Italy: a 104km route asking riders to ascend over 3000m. Not only that but her competition was incredibly fierce. The sport’s most successful female racer, Olympic gold medalist, multiple XCO and XCM World Champion Gunn Rita Dahle Flesjå from Norway was on the start line alongside Poland’s two-time Olympic silver medalist and XCO World Champ Maja Włoszczowska. A number of national champions had also targeted the race.

In the build-up to the race Ariane had rallied support for a separate start for the women’s category and the UCI and race organisers eventually obliged, setting the stage for a proper test of the individual strengths of the women gracing the race.

The race began with an early attack from Lithuanian road time trial specialist Kataržina Sosna. But an experienced women’s peloton let her go with the knowledge of what was to come. “We began to work as we made our way to the first climbs,” says Ariane. “But after the first few bumps and single track sections, the group soon got smaller.” The combination of climbs and technical descents was enough to split the group.

As the climbs began to kick up into the Dolomites proper, the lead group dwindled, and it was soon down to just a handful of riders. “On the one steep climb Christina Kollman [Austrian XCM Champion] was forced to unclip and that got me walking as well,” describes Ariane. “Maja and Gunn Rita were then able to pull a gap on the two of us.” Ariane and Christina crested the climb only 30 seconds off the leading pair and began to chase on the descent.

As the steepest part of the race loomed, Ariane was able to drop Christina. “From then on I was basically riding in third place. I was briefly overtaken on the final part of the climb but I flipped a switch and managed to get my head together to gap her again on the descent.”

The race finished with a few laps around the town of Spilimbergo, and Ariane noticed another chaser in the form of Swiss countrywoman Esther Süss. “I hadn’t seen Esther for most of the day so was surprised to see her. Esther finished in fourth just 45 seconds behind me, which isn’t much after a five-hour race!” said a relieved Ariane. Ariane was excited with her bronze medal at her first European Champs, behind first-placed Gunn Rita and Maja Wloszczowska with the silver. 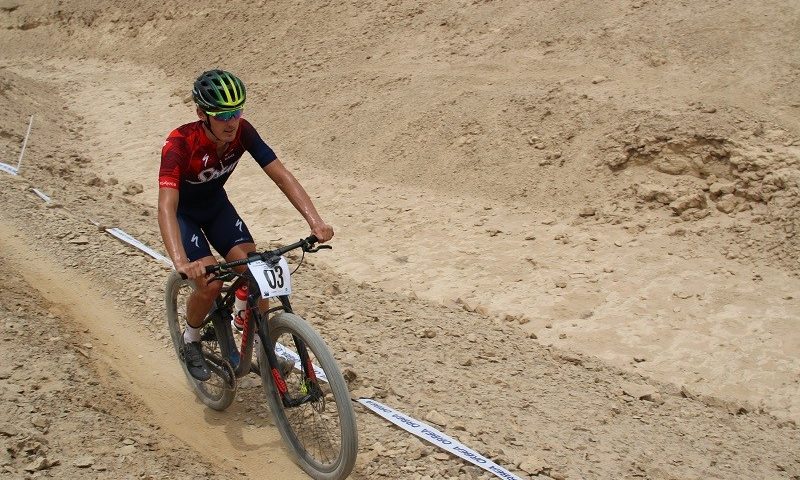 For Alan Hatherly the 10th African Continental XCO Championships in Egypt was part of a whirlwind journey from a successful Commonwealth Games in Australia, where he earned South Africa a bronze medal. Alan and Team Spur mechanic JP Jacobs touched down in Cape Town briefly before the pair was soon airborne again heading to Cairo and a very chaotic race week, where the were forced to adapt Alan’s pre-race preparation. “The roads were just too risky and the traffic was too crazy to train in, so I used the few days we were in Cairo as rest before I kick off my final preparation for Europe in three weeks’ time,” says Alan.

Searing heat in the week prior to their arrival had Alan and JP preparing for the worst. Fortunately, race week provided milder temperatures than expected, which made acclimatization a lot easier. The course was dry and flat and after a few hot laps Alan had it dialed. “The technical aspects were not too bad and with only 100m of climbing per lap we had around a 23km/h average speed,” describes Alan.

Eighteen riders took to the start line in the Elite Men’s race, but Alan expected only fellow South African, Stuart Marais who would have the firepower to go with him. “I knew it would be Stuart and I who would be leading the race out,” said Alan. “I went out at my own pace on the first lap and came through with a 10-second lead.” Alan’s lead continued to grow throughout the eight laps. “I used my Wahoo Elemnt to keep my pacing right and pushed my limits to keep my intensity up.” Alan finished ahead of Marais in second, with Namibian Till Drobisch coming home in third.

After his wrist injury, Alan is working to keep as much race intensity into his UCI World Cup build-up as he can. “I am very happy to walk away with the Elite African Continental Championship title again, and the points that go with it will help with my seeding in my first year racing Elite next year.”