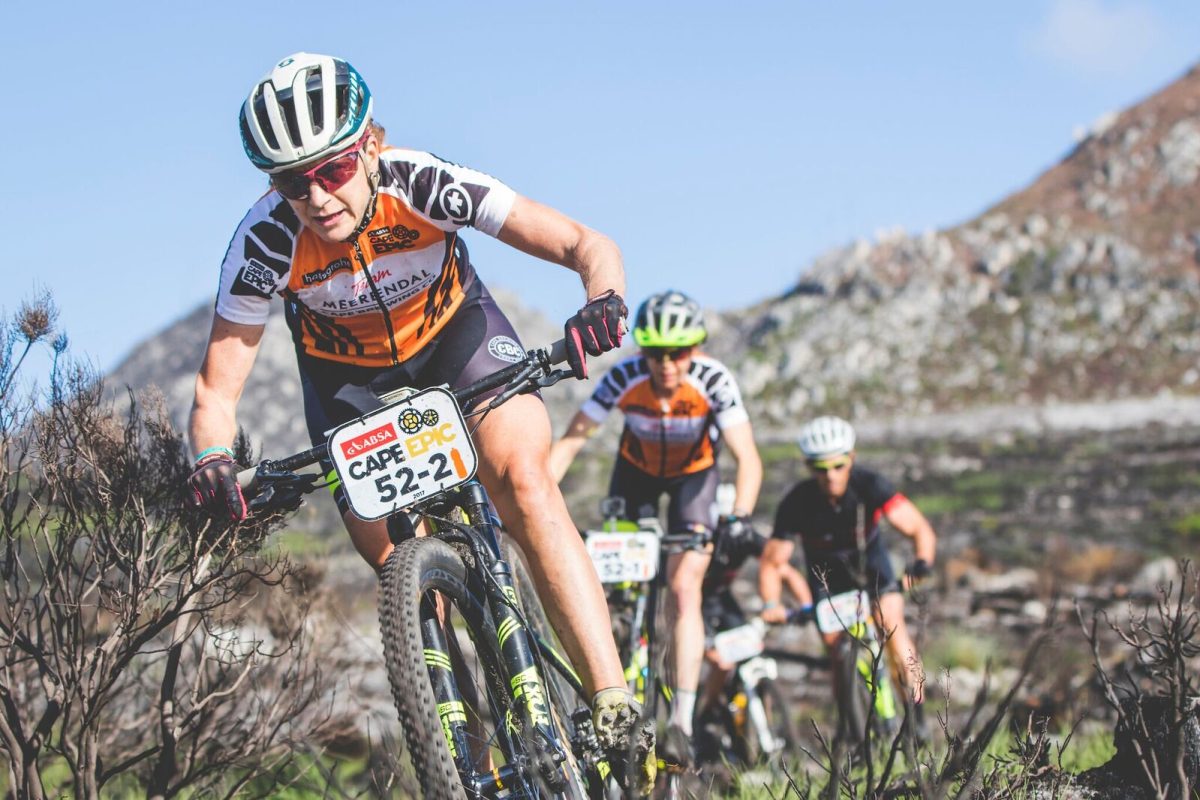 Jennie Stenerhag is one of the most consistently underrated mountain bike stage racers active today. One gets the feeling that the multiple Swedish champion prefers it that way. In 2017 she flew under the radar all the way to Absa Cape Epic victory alongside Esther Süss. In 2020 she will line up alongside Nadine Rieder, who is no stranger to the limelight. The pair are, none-the-less, banking on arriving as underdogs.

As in 2017, Stenerhag is planning on building towards the Absa Cape Epic through challenging early-season events and has already raced to victory this season, at the 121-kilometre-long Attakwas Extreme. Rieder, who is honing her form in the European winter, will make her South African 2020 debut in the Koue Bokkeveld, joining Stenerhag in the Tankwa Trek, which has forged a reputation as the ultimate pre-Absa Cape Epic form check. It will, however, not be their first outing as a team as they paired up for the Wines2Whales in October 2019.

Both Stenerhag and Rieder have the same problem. As individual riders supported by private sponsors rather than a team, they are always on the lookout for stage race partners. “It is very difficult to find a good stage race partner since it is not only important that you race well together, you must also get along well off the bike” Stenerhag explained. “I was looking for a partner for Wines2Whales but also had Tankwa Trek and the 2020 Absa Cape Epic in mind when I met Nadine before Wines2Whales. We had only ever greeted each other before at events so it was actually the first time we properly spoke, but I immediately knew we would get along well and be a good team. We are very similar and have the same values on things that matter in a stage race.”

“For me, the most important thing is that I can race with a partner who is not only on a similar level on the performance side but furthermore I think it’s great if the harmony, on the personal side, is there too” Rieder added by way of agreement. “And after racing Wines2Whales together I definitely can say that we are a perfect team, on and off the bike.”

The Fairtree squad’s teamwork will have to be perfect if they are to thrive in the Absa Cape Epic. “The more technical route will make it more challenging, especially as the race gets to the later stages and riders get more fatigued” Stenerhag predicted. “It also creates a bigger risk for technical problems; so, it will be very important to look after the equipment and not take any unnecessary risks. The shorter stages can also mean tighter racing; with smaller gaps, making it more exciting for the spectators to watch. Not that the shorter stages are any easier though; sometimes the shorter the race, the harder it is.”

For Rieder, the 2020 race provides an opportunity to prepare fully for the unique challenges of the Untamed. “Last year it was a very last-minute start for me and I’m happy that I performed that well without proper preparation for it,” she said, referencing the fourth-place finish alongside Sabine Spitz. “This year my preparation was different. I changed coach last season, to South African Jeroen Swart, and my feeling is pretty good. So, let’s see what we can do. But the most important thing is to get safely through the eight days of racing. If we do that then I think everything is possible…”

“The Absa Cape Epic is the toughest event on the calendar for any professional marathon racer and I am very lucky to have this event on my doorstep” Stenerhag reflected when asked about what keeps bringing her back to the race. “It is a given for me to have it as one of my biggest goals for the season. I have so many special memories and moments from the Absa Cape Epic. From working as a volunteer at the first event, in 2004, before I even started racing. To being on the podium in 2014 and 2015. Then being forced to withdraw by the race doctor, due to a heart problem, in 2016. Ultimately, the experience of winning the race in 2017. But the Absa Cape Epic doesn’t just provide personal highlights. It is also so special to see all the amateurs, who have trained for three to six months for this specific event, finally test their abilities. That is very special.”