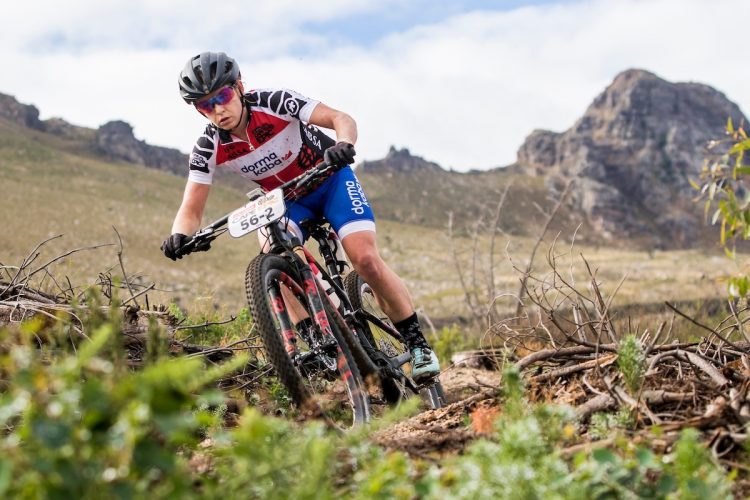 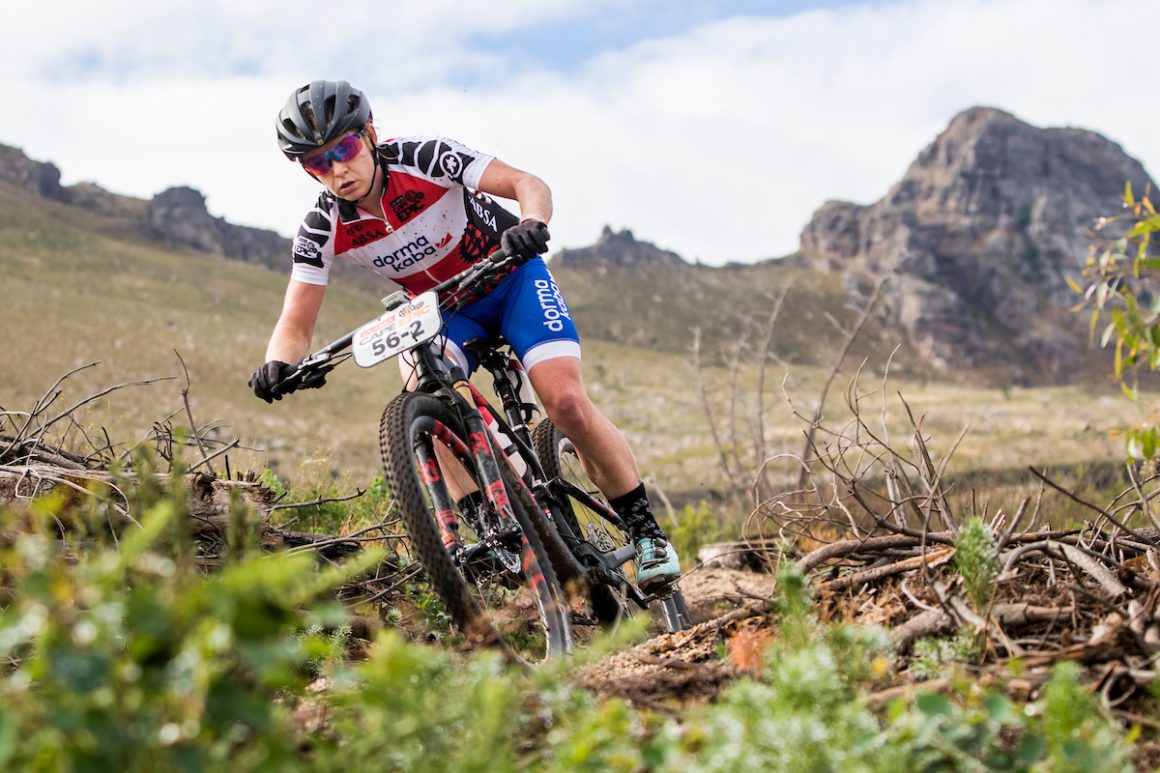 Not since Yolande Speedy rode to victory alongside Catherine Williamson in 2013 has a South African stood upon the top step of the Absa Cape Epic podium. In 2019 that could well change as two local riders have come of age as stage racers in recent years, while two further – all-South African – teams start the race in contention too. In Summit Fin’s Candice Lill and Silverback Fairtree’s Mariske Strauss the host nation has its first realistic challengers. The battle to topple the pre-race favourites does not end with them however; dormakaba and Galileo Risk will also be keen to put their stamp on the race.

Racing with a strong foreign partner has long been the best recipe for success for South African women taking part in the Absa Cape Epic. Not since 2007 in fact, when Anke Moore and Yolande de Villiers held off the Swiss pairing of Myriam Saugy and Favienne Heinzmann, have an all-South African team prevailed. It makes sense therefore, for Lill to partner with Adelheid Morath and Strauss to partner with Jennie Stenerhag.

“I had an incredible experience with Amy [McDougall] last year winning the Absa African Women’s Jersey” Lill reflected. “It was an honour to be the first ever wearers of that jersey and we got the opportunity to speak about and promote the positive changes taking place in women’s mountain bike racing. But I feel that 2019 is my year to step it up, set new goals and strive for the overall title” the former Junior XCO World Championship bronze medallist explained of the competition which was created to inspire more African women to take up the Absa Cape Epic challenge.

Having already enjoyed stage race success, against a stellar international field together, Lill and Morath have a base from which to work from. “We can definitely take some confidence from our win at the Wines2Whales” Lill confirmed. “But that being said, the Absa Cape Epic is a completely different ball game; it’s at a different time of year, across different terrain, longer distances, and against other racing pairs. What we can really take confidence from is our communication and how well we worked together as a team. Also having had the opportunity to race together, we could sit down afterwards and point out the areas where we could improve and work on weaknesses during the off season.”

Strauss meanwhile has also raced with her new Absa Cape Epic partner, Stenerhag, once before. “I think we work well together and have put in some solid work. I believe we are finding our grove as a team and will be a well-oiled machine by the time that start song sounds in March” the South African XCO champion promised.

After a second and third place finish, alongside Annie Last, in the previous two editions of the race Strauss is ready to complete her Absa Cape Epic medal set. “I’m still missing that number one” she laughed. Then turning her attention to what she has learnt form the last two races she said: “It will be my fifth Absa Cape Epic and a lot has been learned in the process. Most importantly to stay healthy. I would not wish gastro, which I got last year, on any normal human being; that’s not even talking about mid stage race (Strauss contracted gastroenteritis during Stage 5 of the 2018 Absa Cape Epic and rode the final two stages only being able to hold down dry toast). We are taking control of every part of the journey in 2019 and for that I need to say a massive thank you to my new teammate Jennie [Stenerhag] who has been a great help in assisting with the admin involved to make everything run smoothly. It takes a village to succeed at the race and thankfully for us we have a great team behind us.”

A significant part of that preparation process Stenerhag explained is the route scouting: “I always want to be professional in every aspect and do everything I can to be as prepared as possible. We live close to the route so to check out the parts of the route which is available and open to the public is a given for me in my preparation. This time I am lucky to have my teammate also living in Stellenbosch, so we can easily see it together.”

Two riders who will not be able to pre-ride much of the course are the Gauteng based Galileo Risk pairing. For Sarah Hill, who will be making her Absa Cape Epic debut the riding is as big a concern as everything which surrounds the race. “Last year I really wanted to familiarize myself with the Absa Cape Epic scenery. Having a first-hand experience on the routine, nutrition, and exhaustion of the athletes was enlightening” she explained as to why she volunteered to support friends who rode the 2018 race. “It really helped me prepare from a mental perspective, and for the last couple months my focus has been on the physical side of training! The Absa Cape Epic is a huge deal. 2019 is my first year to step out from just being an underdog, to participating and performing in these world class events. Starting my first Epic, is starting an awesome new chapter in my life… one where it becomes a part of my season every year. For a first timer, it’s a lot about survival. That’s where my teammate comes in handy!”

“We have a position we would like to finish in, within the Elite Women’s field” Hill continued. “Of course we are unsure of everyone who will be there, and simply aiming for a position isn’t the full goal. We want to go out and truly perform to the best of our capabilities as a team. Racing so often against team dormakaba last year has shaped us into tough women. We are close friends with Sam [Sanders] and Amy [McDougall] which means it is always a positive competition. There is so much respect between us, so when we race, we push each other way past our comfort zones. Not only to ultimately win in the Absa African Special Jersey competition, but to constantly keep each other aware that we will be racing the rest of the world at Absa Cape Epic” the young South African confided.

The rivalry between Galileo Risk and dormakaba for the Absa African Jerseys, and the Hannele Steyn trophy, for the best placed all-African team is sure to be fierce then. Especially as McDougall is the defending champion and in Samantha Sanders she has a partner with a similar skill set. The dormakaba pairing will however not just be content with excelling in the Absa African Jersey competition. Both McDougall and Sanders have improved significantly in the last twelve months and will be targeting an outright podium position.

They, the other South African women and their European partners will have it all to do however, if they wish to cross the final finish line at Val de Vie leading the general classification battle. The 2019 Absa Cape Epic race favourites are perhaps the strongest in the history of the race. As Morath explained should serve as motivation to the rest of the UCI women’s field: “For me it’s a great motivation that Annika Langvad and Anna van der Breggen are teaming up and also that Maja Włoszczowska is racing her first Absa Cape Epic.” “It’s very good for the women sport to have a hard and interesting race. The Absa Cape Epic is the biggest mountain bike stage race in the world. You should only be able to take the victory if you and your teammate are on fire and everything is running perfectly together. It’s a real race and that makes all the preparation before worth it” the German star said.


* The 2019 Absa Cape Epic mountain bike stage race takes place from 17 to 24 March and the much anticipated route can be viewed here.