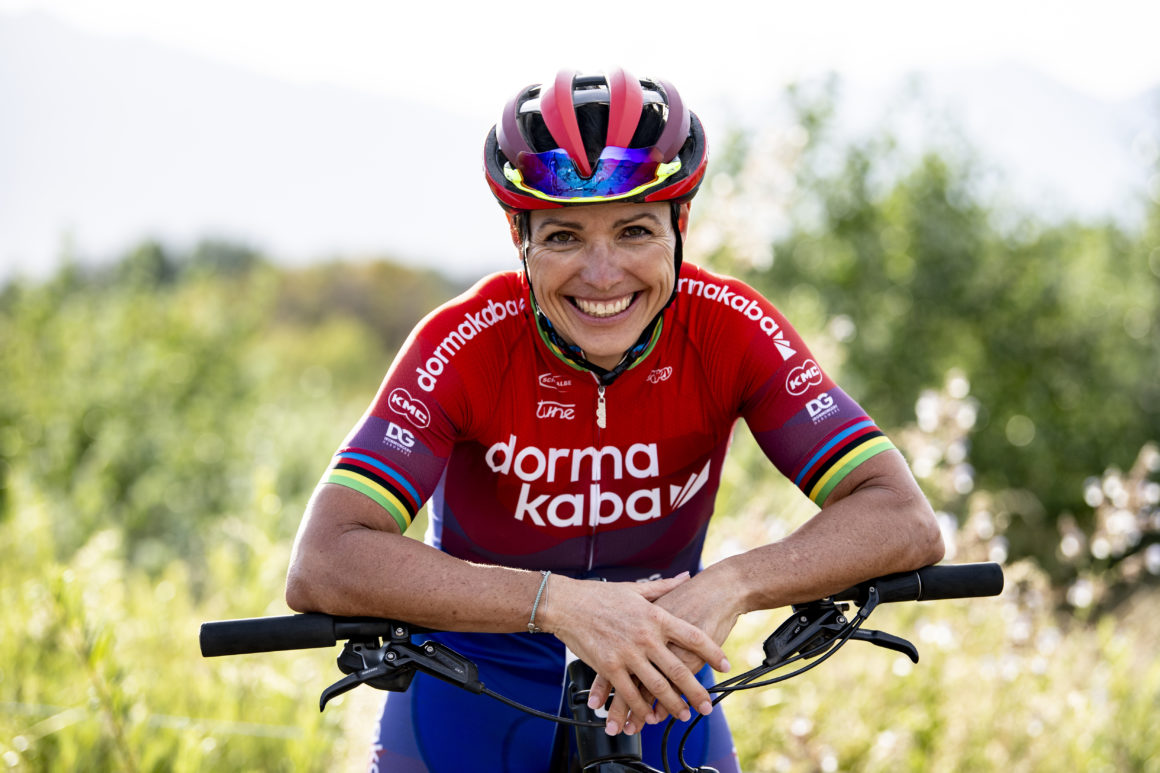 Highly respected German cross country cyclist and Olympian, Sabine Spitz, has officially joined team dormakaba. Her first few races in team colours will be the upcoming Tankwa Trek in February and the Absa Cape Epic in March where she and Amy McDougall are one of the pre-race favourites to take top honours in the women’s category.

“To have someone of Sabine’s experience and accomplishments join team dormakaba is incredibly exciting. She will not only ride with the team but fulfil a critically important mentorship role for our cyclists,” says Shaun Frayne, MD of dormakaba South Africa.

For Sabine, the opportunity to become more of a combined manager and mentor was an intriguing one.

“Shaun saw value in adding me to the team based on my mountain biking career and many years of experience in the sport. This was attractive to me as I am slowing down in terms of racing and this gives me a great way to continue to be involved in the sport,” she says.

Having come from mainly a cross country mountain biking background, team dormakaba’s focus on mainly marathons and team events provides her with a new challenge.

“One of the things that truly differentiates team dormakaba is its passion. There is an amazing energy here. The results are also fantastic, and the team gets everything needed to ensure the best performance possible. I am hoping to add value from my experience in the international racing scene,” adds Spitz.

She feels that the team environment is a supportive one and that they are continually growing their structure.

“With an environment like this, the riders are bound to thrive. The passion is there, the commitment is there, they love to see their athletes do well. Even though it is not easy to completely stop racing, I will be preparing myself as best as possible for any events I commit to for dormakaba this year. I am very excited about the leadership role I have been given in the team and I will do my best to pass on valuable guidance to all around me.”

However, there is still the Epic to prepare for, an event Sabine is taking seriously as both a teammate to Amy and a mentor to Robyn [de Groot] and Adelheid [Morath] who will be racing as the second dormakaba team there.

“I am training hard and despite getting older, I am adapting as best as possible. The Epic is a special race and has a very high standard regarding mountain bike racing. It is hard, but always exciting to compete in it. I hope that I can play a role in mentoring and supporting my partner and that we race well together. So, even thought the race might be gruelling, if we work well together the journey will be rewarding,” she concludes.