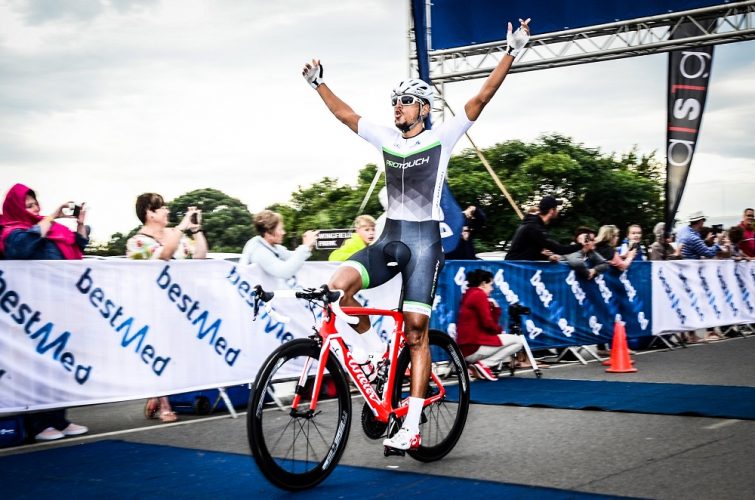 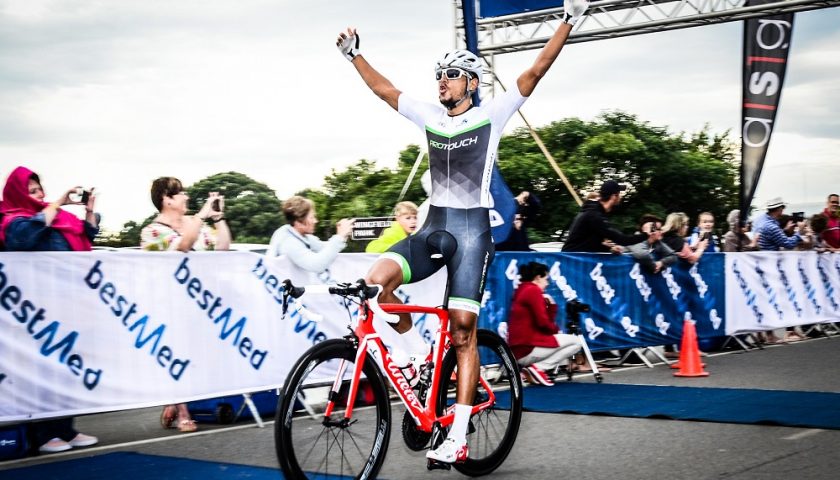 Reynard Butler’s purple patch continued when he sprinted to his third victory in a month in a major one-day classic at the Bestmed Emperors Classic road race in Kempton Park, Johannesburg.

The 29-year-old ProTouch rider from Roodepoort, who took his maiden title in the 98km race after previously finishing second, praised his team for delivering him to victory.

Butler, who won the Ride for Sight and Berge en Dale races in similar fashion, crossed the line in 2:07:54 to get the better of Office Guru’s Ryan Harris and BCX’s former Cape Town Cycle Tour champion Clint Hendricks.

Following a short break after this year’s Cycle Tour, Butler said he went into the race with some concerns about his conditioning.

“However, when it comes down to a sprint finish, as it did today, your brain switches off and you go into tunnel vision as you focus only on the finishing line,” said the East London-born pro.

“The team was really good and kept me out of trouble throughout the race.

“We were a bunch of about 10 guys in the final sprint and I had a perfect lead-out through Ricardo Broxham, Jayde Julius and Gustav Basson.

“In the end, my legs were strong enough and going into the final stretch it boils down to a case of positioning and then executing your sprint to the best of your ability.”

He explained there were a few attacks in the run-in to the finish, but that they were able to react quickly enough to shut down any danger.

Earlier, after the team had controlled the early part of the race, Butler said three riders broke away with about 20km to go.

“There were a few nervous moments as that trio tried to build up a solid lead, so we put a few guys on the front to try to bring them back.

“BCX also took up the initiative and the peloton were all back together with about 5km to go. It was pretty tight throughout, with nobody wanting anyone else to get a significant lead.”

He said it was a special victory, especially after the Cape Town Cycle Tour where he felt they had a bit of bad luck.

“But, as they say, you are only as good as your last race and getting this win and giving something back to the team for all the hard work is very satisfying.”

Cape Town Cycle Tour champion Kim le Court, who was nominated as the protected rider on the Demacon team, maintained her form to land her second successive title in the feature race.

The Mauritian crossed the line in 2:36:46 to hold off teammate Lynette Burger and Sanet Coetzee (Clover).

In the final sprint, Tiffany Keep actually crossed the line in second place but as she was competing in the junior women’s category, she did not qualify for the Elite division.

Le Court said the race was “a bit nerve-racking”, but her confidence in the team helped settle any nerves.

“We tried a few times during the race to put in some attacks, but nobody was able to get away so it came down to the sprint.

“Our strategy was to attack from about one and a half kilometres out, but at that stage a group of men had caught up with us so it really put paid to that plan.

“A few of the girls tried to follow the guys, but I just kept on Carla’s [Oberholzer] wheel and was able to come through for the win in the sprint, albeit among some of the men.”

Le Court, who leaves for the Commonwealth Games in Australia on Friday, said her confidence had been boosted by her Cycle Tour victory.

She added that their commitment as a team to produce the best results had induced a sense of calm in her riding.

“This win is very special for the team because we have the goal of winning all the races we enter and so far it is six out of six in one-day events this year.”

Aaron Heyneke and Amy Green took the respective honours in the 24km race.