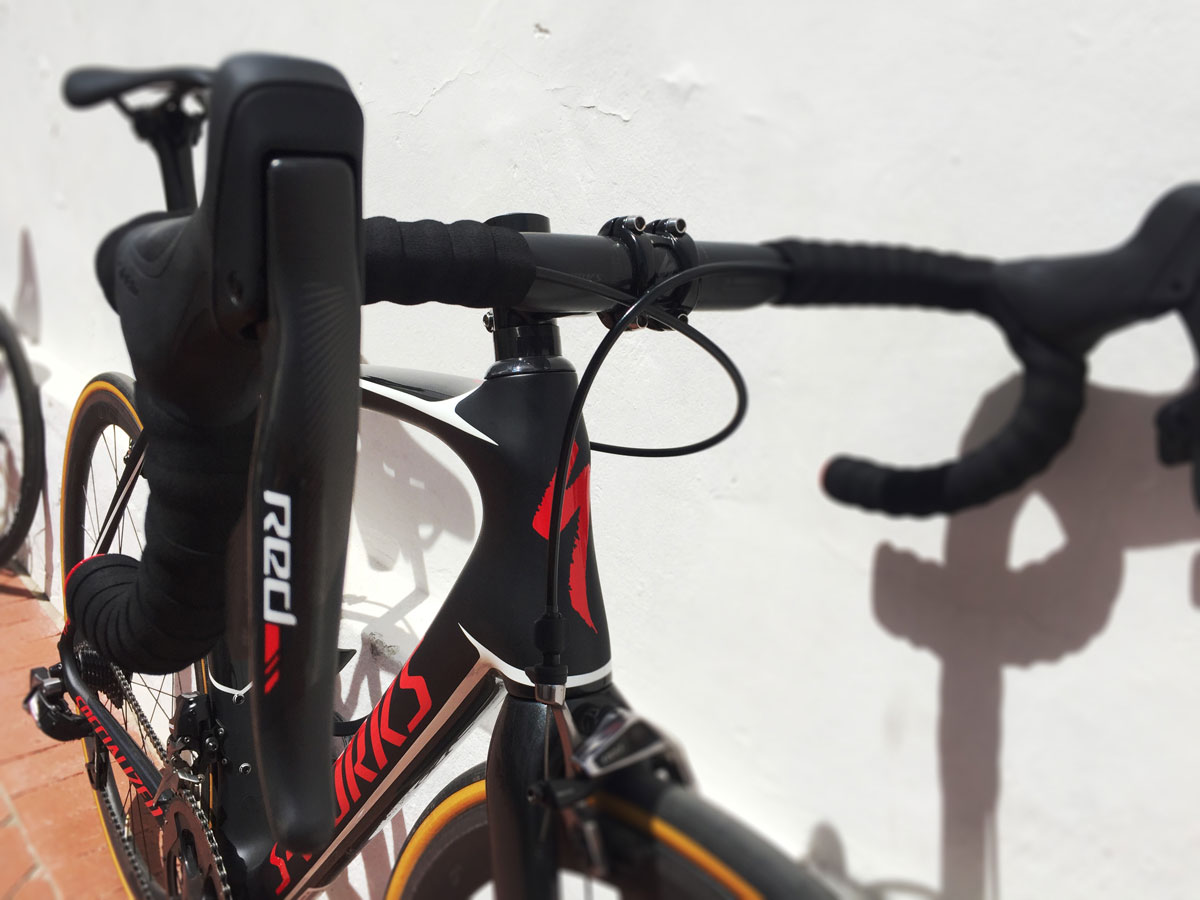 Sram revolutionized the road group set market when they released the world’s first ever wireless group set. It was sleek and simple, yet extremely clever. It even uses a dedicated signal encryption to ensure no one mess around with your shifting while you ride. This was tested in the field with multiple racers and “ghost” shifters along the route. The system was fine-tuned and released to market.

So, where shall we begin? Let’s start at the top. The STI levers have gotten ever so slightly fatter around the hoods, which makes for great ergonomics. The actual rubber of the hoods has also improved. The rubber is nice and soft and has a pattern to provide grip, even when your hands are a little sweaty. These features will be found on both E- Tap and mechanical levers. The carbon brake levers have a slightly different feel to the previous generation’s in that they provide better modulation when coupled with the Red brakes. It also has a shorter lever throw, which means you’ll be on the brakes that little bit faster. The reach is still adjustable, but the E- Tap version does not feature the independent reach adjust of the brake lever and shifter paddle like the mechanical version does.

The shifters connect wirelessly to the derailleurs using Sram’s own encrypted signal and use standard CR2032 batteries to power them. This, apparently, will last up to 30 000 shifts. Replacing the batteries is as simple as lifting the rubber hood and just popping the old one out. Sram also offer remote shifters called blips which connect to the main shifters with wires.

The shifter paddles provide a very definite “click” when shifting, which is a huge improvement on the very vague and soft feel of Di2 shifters. The shifter paddle is also nice and big, which make them easy to reach from any hand position. They also have a great texture on the paddles. Whether this actually improves performance or not, is debatable, but I liked it at least.

The Sram Red brakes are still the same brakes that we were introduced to along with the 2013 incarnation of the Sram Red group set. It is a single pivot calliper, which is quite tricky to set up. Despite the set up issues, once these brakes are dialled in, they have unbelievable power. Coupled with the new levers, the modulation has also improved. All the hardware on these brakes is titanium, to save weight and to brag. Even though these brakes are getting on in years, they are still some of the best out there. Why change a good thing?

Sram have always had very bold graphics on their cranks, but they have gone quite the other way with their new cranks. Just a small little Red decal. Looks amazing. The cranks fitted to the test bike was the BB30 version, which is lighter than the GXP version, with a claimed weight of 557g. This achieved by making the crank arms hollow, The BB30 crank also provides great heal clearance, because of the shorter axle.

The chain and cassette haven’t changed much since the Red 22 mechanical was released, but it’s still worth mentioning how incredibly light this cassette is. It weighs 154 grams. How’s that? Pretty impressive. Paired with the Red 22 chain, the shifting at the back is smooth and crisp.

The derailleurs each feature their own, interchangeable batteries. The idea is, if one battery dies, you can swop it out with the other to get home. Sram also offer spare batteries for sale. A full charge should get you about 1000km of riding. The front derailleur does not have an auto- trim function like you would find on Shimano Di2, but instead relies on the tried and tested YAW system. This eliminates any extra movement the derailleur has to make and there is less to go wrong.

Shifting on this new group set was quite something to get used to. To shift up at the rear, you push the left shifter paddle. To shift down at the rear, you push the right shifter paddle and to shift the front mech, you push both at the same time. Getting used to the rear was not such an issue, but I had many miss- shifts, because shifting the front gets quite confusing. I feel it is something that everyone will eventually master, but until then, it takes a lot of hard thinking. The front derailleur itself also didn’t shift very cleanly. It often missed a shift. The rear was fine though. Not as fast as Di2, but faster than the mechanical group set.

So in a nutshell, this was a brilliant technological achievement. The wireless technology is definitely the way forward. As with anything new, there are a few niggles to sort out, like the slower shifting and the fact that, for now at least, finding spares is quite difficult, but that will all sort itself out over time. Sram are constantly releasing firmware updates to improve the performance of the group-set. It is just a cleaner system. No wires, easy to set up, easy to build up and it looks so clean and efficient. It is also the cheapest of the three big ones. While Dura Ace Di2 will set you back around R38 000 and Super Record EPS a whopping R50 000, the Red E- Tap is estimated to cost around R35 000. Prices will be confirmed once it hits our shores, though.