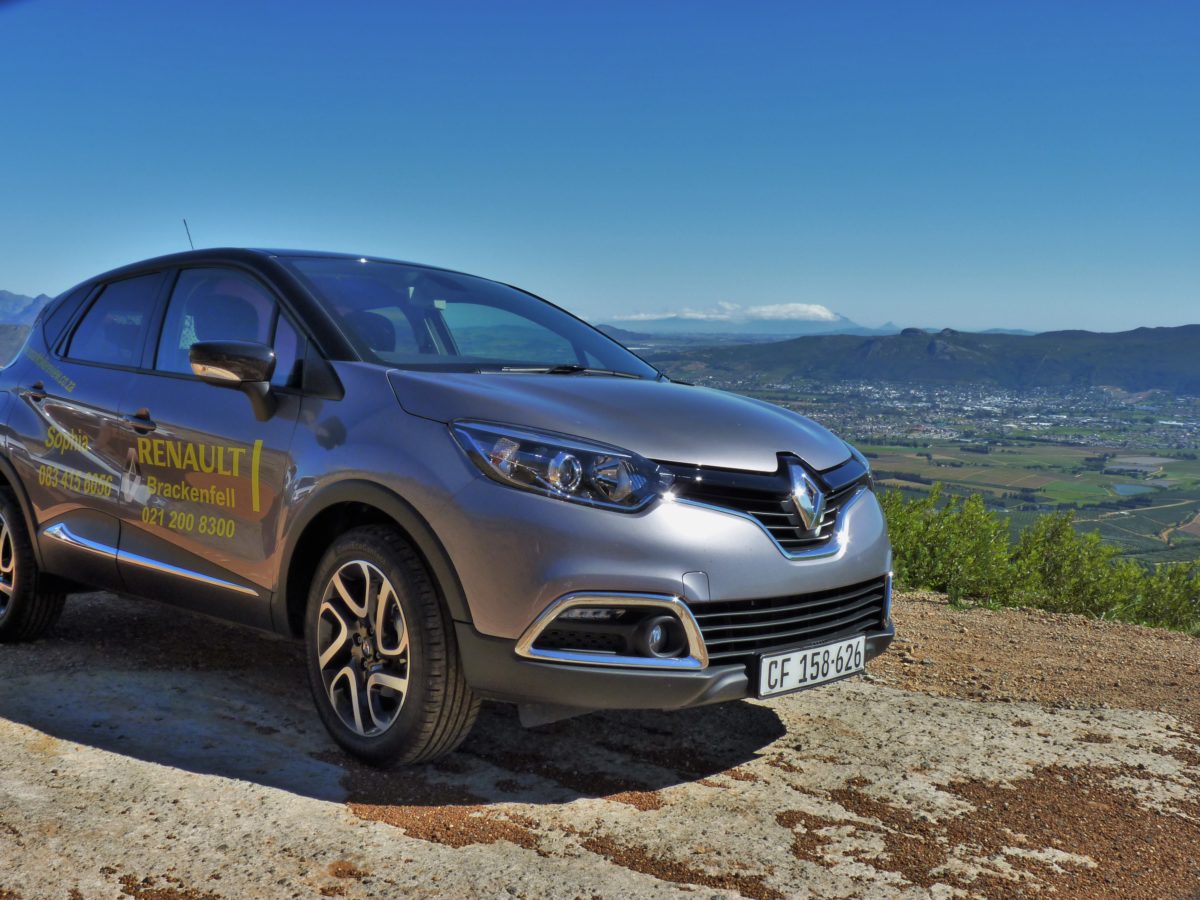 The Renault Captur is by far the most, good looking car we’ve ever driven in! With this car, it’s not only you that’s stylish when you rock up to a bike race, that’s for sure!

The Captur really brings it all together, when it comes to having everything you need for cycling or any other sport, as a matter of fact. It can go on dirt paths, has fairly good room inside, and just looks great while suiting your needs.

The Captur is sort of a middle car between the Duster and Clio. That being said; it does have less space than the Duster, especially in the boot.

However, the Captur does make up for that, with the somewhat luxurious interior, with a LCD touch-screen display that’s kitted out with features such as the GPS, Bluetooth and a very useful, rear-view camera.

On the driver experience side, the Captur has a digital speedometer, and cruise control for if you’re a bit tired after a long bike race and have a long way home. The car also has key-less entry, with a card used to activate the car, along with pushing the Start\Stop button. Plus, when we were traveling on the open road, we put the car into eco-mode and got about 4 litres to 100km, which is a pretty good consumption rate, all things considered!

When you get up early in the morning to get to that cycling race on time, and the weather feels a bit nippy, then you can customize the temperature inside the car for a nice cosy feeling, or if it’s extremely hot, just turn on the refreshing air-con.

The leg room is pretty decent in the back. I personally sat comfortably, and I’m about 1.8m tall.

If you need an alternative method for carrying your bike, other than a hybrid bike rack or roof rails, then what you can do is fold the back seats down, in-fact you only need to fold two of them down, and you’ll fit your bike in there with room to spare! The boot then can also take your bike spares and gear still. (we tested it) So, the Captur can carry 3 passengers (driver included) with your bike inside the car! – Pretty impressive!

Hybrid bike carriers are difficult to mount on the boot hatch, due to the design of the car. However, we did investigate the possibility of using roof rack bike carriers. These two work really great:

They both deliver rock solid performance, and you can truly trust them to keep your bike safe and secure.

So although the Captur isn’t one of the most spacious vehicles out there, it’s still one of the most functional ones, that we’ve experienced. Like we’ve said; it looks great on the outside, and is just as great on the inside. It’s definitely a car that will adapt to your lifestyle, whether its cycling or just being a great run about car, it’ll always be there for your needs.

You can pick them up brand new for about R249 900. In our opinion that’s not a bad price, if you look at what its giving you.