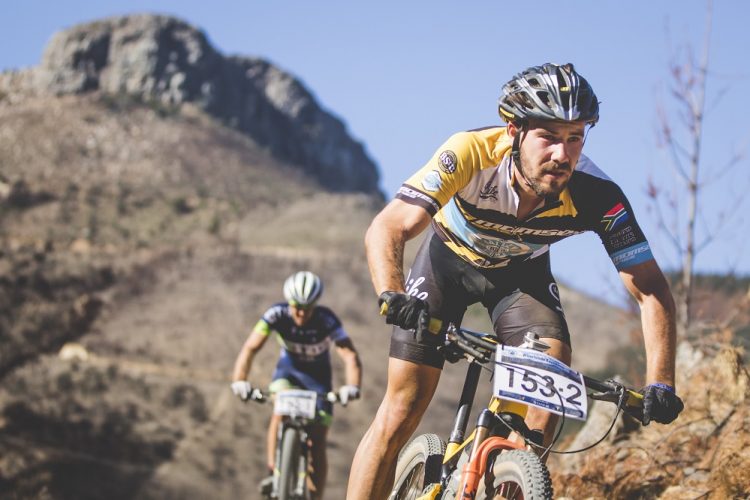 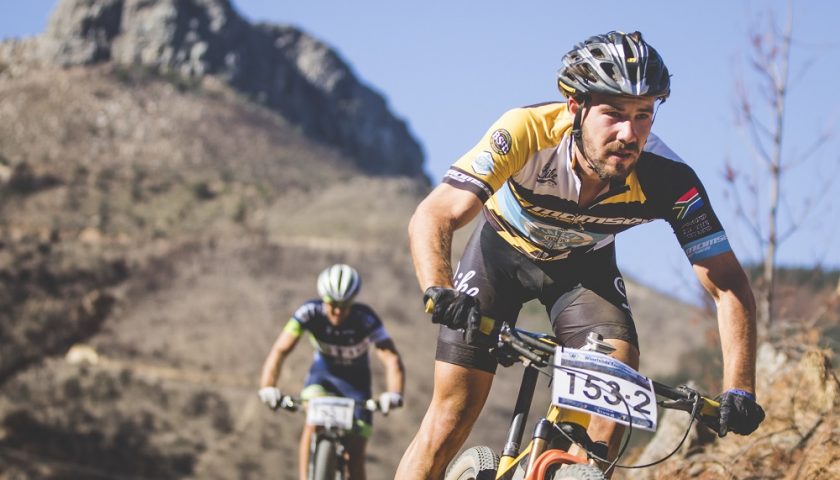 After a slightly disruptive start to their year, Dylan Rebello and Marco Joubert are looking forward to the challenge of the Liberty Winelands Encounter Series, starting on Friday.

The Imbuko-Momsen pair began their partnership this year, but their plans were somewhat derailed after the Attakwas Extreme MTB Challenge in January when Joubert broke a collarbone.

The next time they teamed up was for the Cape Epic seven weeks later and now they will be looking to shrug off the effects of that arduous event to tackle the three-stage mountain-bike race through the Cape Winelands.

The Winelands Encounter is part of a three-race series which started with the TransCape and ends with the Waterberg Encounter in June.

Based in Stellenbosch, the 22-year-old Rebello said he and Joubert complemented each other and he was excited about continuing their partnership. 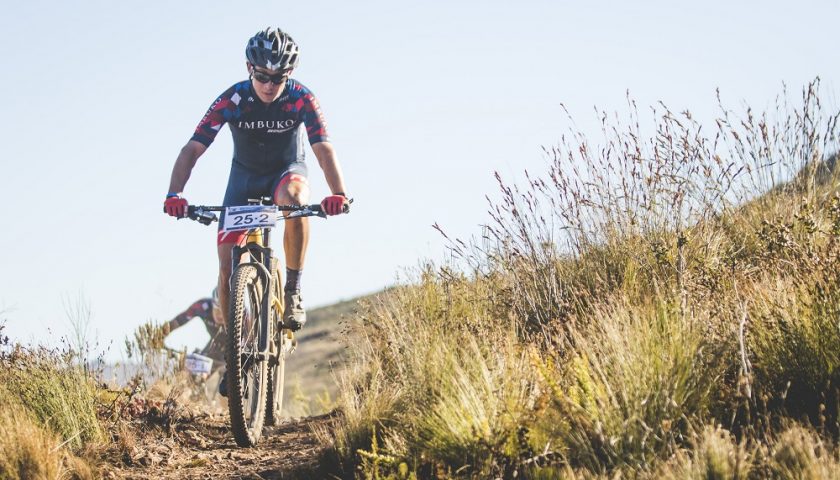 Riders during stage 1 of the 2017 Liberty Winelands Encounter from Stellenbosch to Franschhoek, 21 April 2017. Photo by Ewald Sadie

“At the Epic we worked well together and we are quite evenly matched on the climbs, technically and on the flats,” he said.

“In addition, he is one of my good friends so we communicate very well and we can tell each other to go a bit harder or to take it slightly easier.”

Although route designer Johan Kriegler has focused attention on making the routes a bit more manageable for all riders, Rebello said there would still be some challenges.

“The areas the stages cover are still rocky and technical in places, and even if they are relatively shorter it lends itself to hard racing and I believe there will be some tough competition.

“Marco and I have not really chatted about our plans, because in mountain-biking you have to be very adaptive as things can change so quickly.”

He added that he was still feeling the effects of the Cape Epic last month, and the Winelands would be an opportunity to assess their physical and mental status.

“We definitely would like to win the race, but also are looking forward to enjoying the event and the vibe it offers.”

Rebello has extensive experience of the Winelands, having ended fourth with Chris Wolhuter last year and in the same position with Carel Pieter van Wyk in 2016.

In the mixed section, Carmen Buchacher will be looking for some sort of redemption after what she said was a disappointing Cape Epic.

The Cape Town-based Austrian, who will pair up with Paris Basson for dormakaba, ended sixth overall in last month’s eight-day event.

She showed her versatility earlier in March when she finished second overall in the Bestmed Tour of Good Hope road race.

“For a number of reasons I was never out of my comfort zone in the Epic and ending sixth after a fifth place last year seems like a step backwards,” she said.

“So I am feeling fairly strong at the moment and we will definitely be aiming for top spot on the podium.”

Buchacher said such an outcome would make up for the second place she achieved with Matthew Stamatis last year.

Although they had not ridden together before, she felt she and Basson would be able to gel nicely.

“Paris is very keen and we both know what we need to do during the race,” she said.

“I will remind him that I’m a woman and he needs to keep that in mind all the time, but I am looking forward to riding with him.”