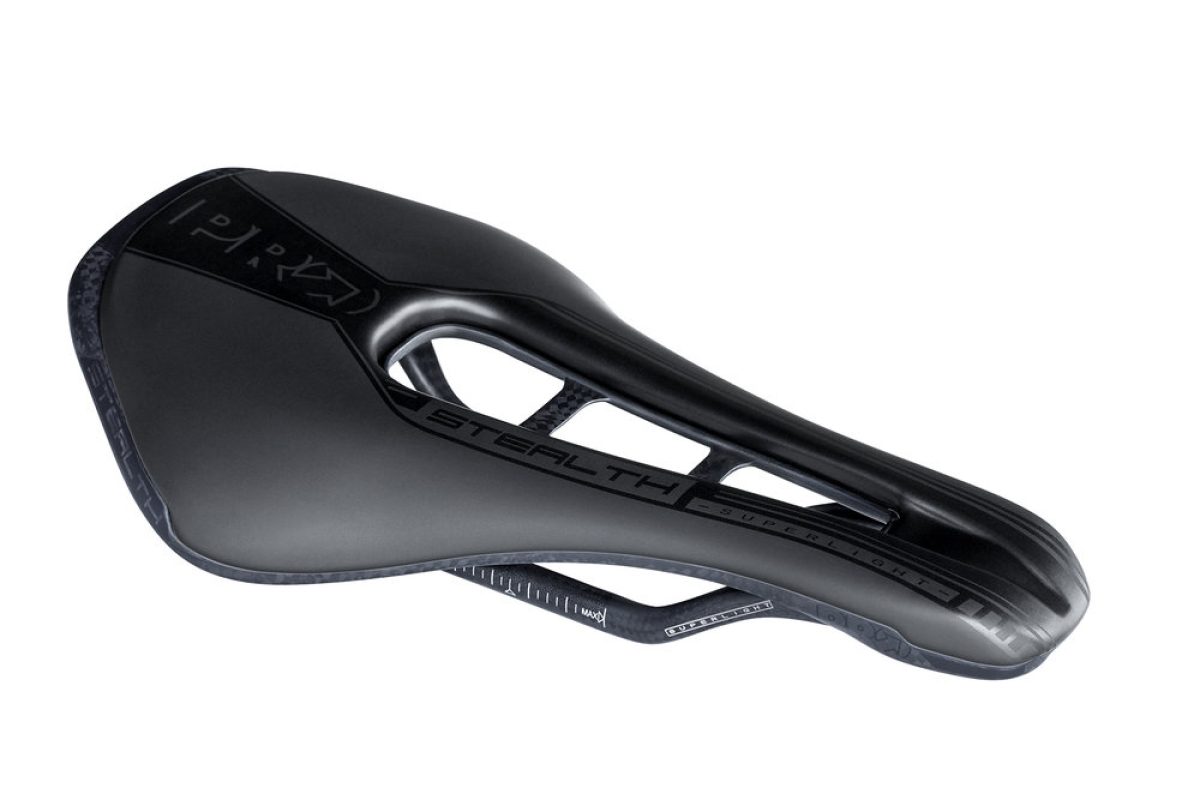 PRO’s product managers had a difficult task this year. Take PRO’s hugely successful Stealth saddle, which was designed for aggressive all-out performances in both road races and time trials. And refine the highly-praised design to enhance performances from riders even further.

The original Stealth saddle had a unique shape with a wider nose to spread pressure. This allowed riders to use more of the front of the saddle and remain comfortable on the drops for extended periods of time, which in turn allowed them to maintain a more aerodynamic position on the bike.

Now, thanks to a different saddle base manufacturing technique, PRO has been able to create a saddle and rail one-piece carbon design. This state-of-the-art construction sees the carbon rails integrating seamlessly into the carbon saddle base material, resulting in a big weight decrease of 15% over the original Stealth design.

Team Sunweb’s Michael Matthews received one of the first production saddles ahead of the 2019 Tour de France. “I’ve been racing with the original STEALTH saddle since its introduction so the weight drop of the new version is a significant advantage. I love the new super stealth graphics and way the rails flow into the saddle is a real work-of-art. Also I’ve found it just as comfortable as the previous version so I’ve got a good stable base for great power transfer. Just the ticket for the world’s biggest bike race, ” said Matthews.

The new manufacturing technique sees a carbon weave pattern (rather than injection molding) with a precision fiber lay-up to bring both increased saddle stiffness and improved compliance. This allows the STEALTH SUPERLIGHT saddle to hit the scales at 145g, dropping 27g over its predecessor to become one of the lightest and most comfortable aero saddles on the market.

With increased compliance in the base, the padding and cover material has also been tweaked to take account of sitbone comfort and pressure points in the three main positions – on the hoods, on the drops and on the aero bars – to provide all-round comfort. The polyurethane (PU) cover of the saddle, which sits over a lightweight EVA foam, was tested with a variety of bib short materials to find the lowest friction rates between the saddle and the shorts. With less friction comes less rubbing and irritation which equals greater comfort.

Like the original Stealth design, the shape of the saddle features a wide cut-out channel in the middle, offering extra comfort for riders on the edge. To retain saddle stiffness and power transfer the base includes horizontal reinforcement bridges, part of the one-piece carbon reinforced base, to give the saddle a distinctive and ultra-modern look.

Much like the rest of the PRO saddle range the underside of the base features ports for PRO accessories including PRO sports camera mounts, race plates, race fenders and CO2 brackets.

The super-thin lightweight base and lightweight padding helps to create a low profile unisex shape and, together with its integrated carbon rails, results in one of the lightest (145g) and shortest saddles for comfort-orientated performance in the PRO line up.

PRO Product Developer Fabian Coelman: “Being able to drive power from your core, against your saddle, helps to generate more power, so having a stiff but comfortable saddle is hugely important for peak performances. Dropping weight then is a big bonus in a race where every gram, every second and every millimeter counts.”

The addition of this ‘Hors Categorie’ STEALTH SUPERLIGHT is the 12th in PRO’s range of elite and competitive performance saddles, which includes different saddle shapes to match different riding styles and body anatomies.

Where can you find it?

The PRO STEALTH SUPERLIGHT saddle comes in two different widths (142mm and 152mm) in a black-on-black design for the full stealth effect. It will be used by selected Team Sunweb riders including Michael Matthews in the 2019 Tour de France, starting in Brussels on 6th July.

The PRO STEALTH SUPERLIGHT saddle will be available in limited quantities in European stores from the end of July and widely available worldwide later this year.