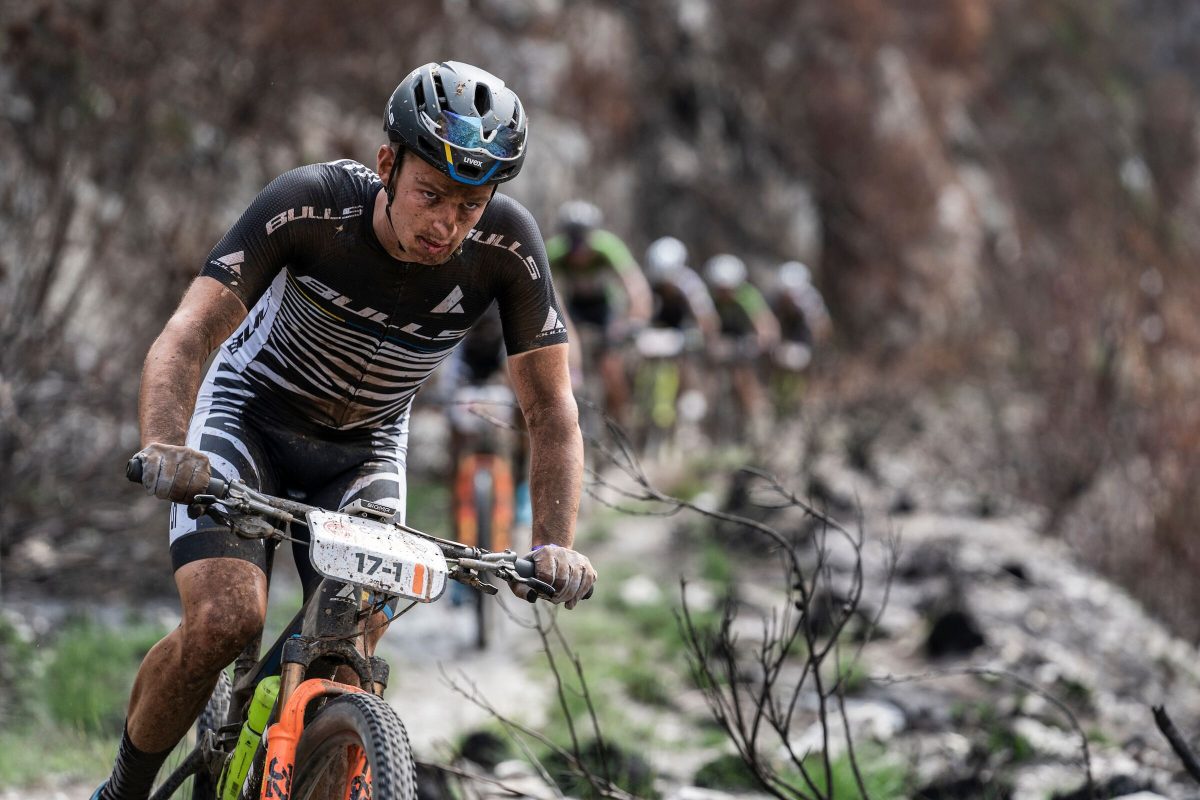 Team BULLS is one of the most successful outfits in the history of the Absa Cape Epic. The German bicycle brand’s factory team helped Karl Platt to four of his five titles, claiming a number of additional podium finishes along the way. 2020 will be Platt’s final year as a professional rider, so he and Alban Lakata are sure to be more fired up than ever. As are the rest of the squad; Urs Huber, Simon Stiebjahn, Martin Frey and Simon Schneller.

For Platt, the Absa Cape Epic is part of his mountain biking DNA. The German won the first ever edition, back in 2004, alongside Mannie Heymans. In seventeen years, he has never missed an edition of the race and has fifteen finishes to his name already. “The Absa Cape Epic became a part of my life and South Africa my second home. There are so many reasons to come back. I just love it” he explained.

In 2019 Platt teamed up with his long-time rival Lakata, riding as BULLS Legends. “Clearly the last year was important to get to know Karl [Platt] and Team BULLS better” the Austrian three-time Marathon World Champion reflected. “The Absa Cape Epic, in particular, needs a strong and close friendship with your partner to be successful. What we both learned from last year was that we have to trust in our experience, to us that means that we should go our own way in terms of preparation for the 2020 race. Now, based on that, I believe we can do much better than in 2019.”

“This first year was truly a good year of learning and I mean it in an absolutely positive way” Platt added. “Sometimes you need to experience some new stuff just to know what is good, and to remind you to stick to what you have experienced in the past and what felt right before. Alban [Lakata] and I have a very different style of training but in our thinking, we are the same. We built a true friendship and understand each other very well and I think this is a main key to success. I am really looking forward to this year’s Absa Cape Epic; while it will be my last as a professional rider.”

Despite Platt’s impending retirement, not much has changed from a goal-setting point of view for the BULLS Legends. “We are going for the best result possible” Lakata confirmed. “The Absa Cape Epic is hard to predict, because the teams and the route change with every edition. As always though, we try do our best in terms of preparation for the race. Then, hopefully, we will start with a smooth Prologue. After that we’ll take it day-by-day. With Team BULLS we are in the luxurious situation of having two teams going for a top general classification result. Plus, a super strong supporter team, for back-up. We will see during the race, which of the top teams will shift into the supporter role as the race unfolds.”

In 2019 the top performing BULLS team was the Heroes outfit of Huber and Stiebjahn. The pair finished fourth last time out, but were unhappy with the time deficit to third place. “First of all 10 minutes is a lot of time” Huber pointed out. “Probably in the past you could earn a podium spot with a time gap like that, but in more recent times – where the teams are on a more equal level – you have to fight for seconds. Minimising mistakes is one of the key ways to avoid losing minutes rather than seconds on a stage. Last year, on Stage 5 we made too many mistakes and that cost us dearly. Our shape was good then and it is good building to this year’s race. So, the goal for 2020 is to make less mistakes.”

For the BULLS Heroes, having the support of the BULLS Youngsters and potentially the Legends, if the race unfolds that way, is a major bonus. “As the race has shown, it’s always good to have another team in the race” Stiebjahn said. “Having two more is a luxury situation which we are happy about and thankful to our sponsor, BULLS Bikes. It not only helps in the case of mechanicals but if we are in a situation to play a tactical card, in the race, for sure we will try work off one of the other BULLS teams. Off the bike it’s also important to have the right people around you. That is a real strength of having three teams and a great support group of riders and soigneurs, like we have for the 2020 Absa Cape Epic. In the race village we talk about funny and serious things; and generally, have a great time together.”

The youngest riders in the BULLS stable are hardly inexperienced youths. The BULLS Youngsters, Frey and Schneller, are coming of age as mountain bikers. Ready to take on the mantle of supporting the Heroes and Legends teams, they have aspirations of their own too. “Simon [Schneller] and I are going into our third Absa Cape Epic together” Frey highlighted. “Our aim is to support our leaders, in the best possible way. We will try to stay with them for as long as possible, and if we manage that we might get a shot for a Top Five stage result as well, which would be great. If we have a smooth week, the Top Ten overall should be our ambition.”

It is that ambition that keeps the entire BULLS outfit coming back year-on-year to the Absa Cape Epic. “It represents our first highlight of the year and guarantees staying motivated to work hard over the winter months” Schneller stated. “It’s a very prestigious race, with all the big names and the routes are always challenging. We are really looking forward to coming back again and again.”

BULLS is also an official Media Partner of the race and have two ebikes piloted by ex BULLS professionals, Thomas Dietsch and Stefan Sahm; these bikes will broadcast the action live from the route to our daily Live Broadcast shows from 08:30 – 12:30 GMT+2.