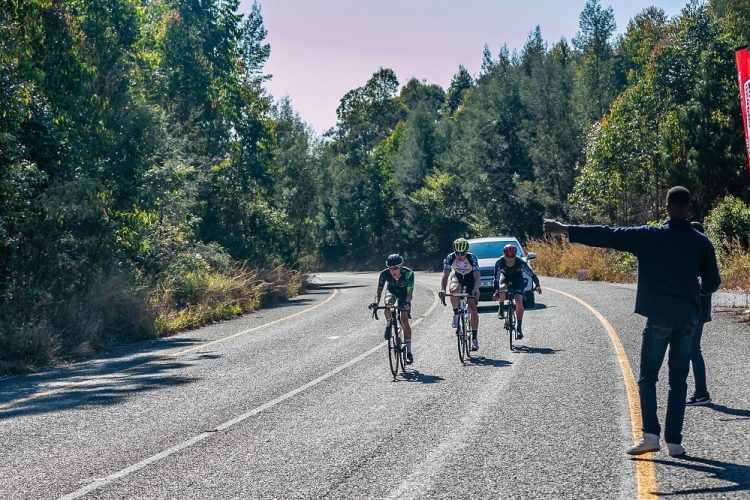 The opening stage of this year’s Takealot Jock Classic will be slightly easier than last year, but competitors will need to keep something in reserve during the three-stage one-day road cycle race on July 13.

That is the view of ASG Events chief executive Erick Oosthuizen, who confirmed that Brondal Road, about 20km into the race, would again be part of the route.

Taking place from Nelspruit in Mpumalanga, one of the country’s longest-running cycling events will cover 150km, but has the unique format of set starting times for each stage. It includes a whopping 2 900m of ascent.

Starting and finishing at the Mbombela Stadium, the route takes the riders through the Lowveld towns of White River and Sabie.

It then includes the gruelling Spitskop and Long Tom Pass climbs in the latter two stages. So cyclists might be grateful that the 40.9km opening leg has been eased somewhat by the inclusion of Brondal Road.

Oosthuizen said the route had a slightly different look from last year.

“Brondal Road was inaccessible due to roadworks last year, but its inclusion has made the undulating nature of the stage easier and flatter,” he said.

“However it will still be fairly cool in the early part of the race, which gets under way at 6.30am.”

He added that he thought the 45.3km second stage from White River to Sabie could be decisive in determining the final outcome and riders would need to ensure they were prepared for that.

“If you lose ground on stage two during the Spitskop climb you’ll lose time which I feel contenders should guard against,” said Oosthuizen.

“Admittedly the Long Tom Pass on stage three is a tough climb and cyclists will have already ascended 2 000m by the time they get there.

“But it comes early in the stage and there is still time to get back if you are slightly off the pace.”

After the undulating nature of stage one, he said, it was a fairly long uphill battle on the second leg to Sabie “with some lactic in your legs”.

“Then comes stage three with the Long Tom Pass and two meals in your belly, so the climb will be a challenge,” he warned.

“From there it’s not that straightforward to the finish either, as it’s a bit more undulating than you might think.”

The race’s format does have a specific set of challenges, with cyclists having to keep up their energy levels for the start of each leg.

“The resting time is ample,” said Oosthuizen, “but it takes its toll on you. My advice is to try to ride within yourself, unless you are used to stopping on long rides and so geared up for that type of riding.

“There is a fair amount of climbing to do, so make sure you are happy with your gear ratio.”

Entries for the race close on July 3 and you can go to www.thejock.co.za for further information.