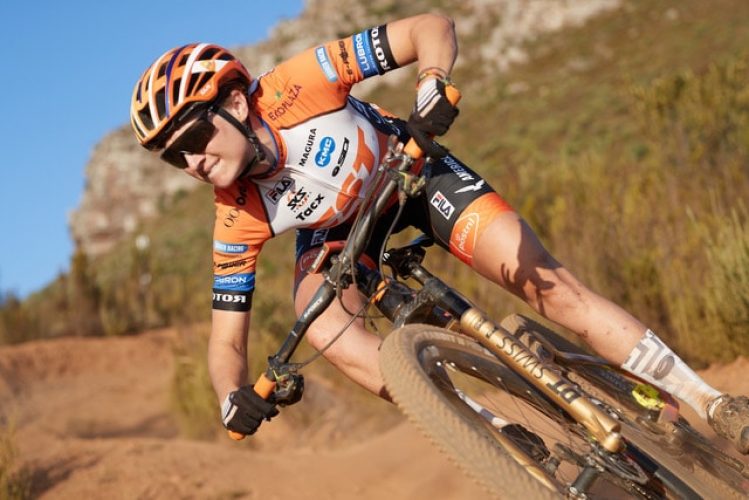 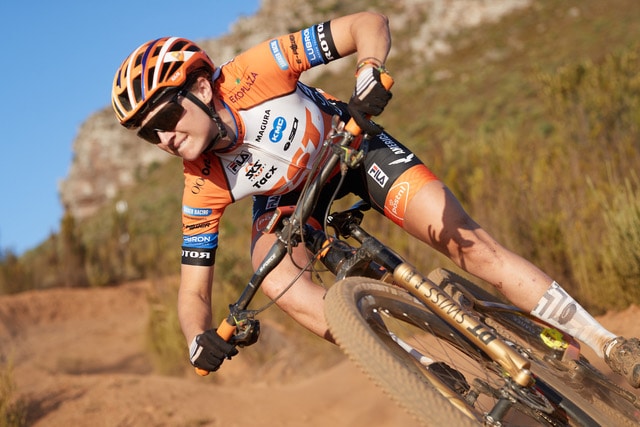 Team CST PostNL Bafang MTB Racing continues their way to the Tokyo Olympic Games in 2021 together with South African Mariske Strauss. Mariske just started to race for the Team since this year. Joining the Team Training camp in South Africa in the beginning of this year, followed by riding a very successful Tankwa Trek, which she won together with Candice Lill.

End of February Mariske was riding the Andalucia Bike Race, where she won the last stage and finishing 3rd in GC. Back in South Africa she got ill. At the same time, the global situation regarding Covid-19 became increasingly dire. The lockdown presented itself and made the competitions being either cancelled or postponed, and even the Olympic Games in Tokyo were postponed to 2021.

Soon after it became apparent that Mariske had been hit by Covid-19. The recovery was a long way back for Mariske. Her first international races were the UCI World Cups in Nove Mesto, Czech Republic and the UCI World Championships this last October.

This Saturday, November 7th, Mariske will ride the South African National Championships XCO in Stellenbosch, Capetown. This will be the last race of her mountainbike season this year.

“We are looking forward to the ‘next’ Olympic year with our riders, inclusive Mariske!
The start of our collaboration went completely different as we all expected.
Also Mariske’s season has been completely different. Her positive attitude, dedication to her sport and her team spirit are strengths that are important to us.
Our Team wants to offer her the opportunity to make her Olympic dreams come true.

We really hope the situation concerning Covid-19 will be more safe and under control next season. Worldwide. Our goal is to complete our Team’s Mission part 3. Win a medal at the Olympic Games in Tokyo. We started this goal as a Team and we will finish this goal as a team. That’s is our intention. We are therefore pleased and grateful that we can continue our mission together with our riders”.

Mariske Strauss, (South Africa, DOB May 16,1991), number 39 in the current UCI Ranking : ”2020 Has been such a wild ride, not exactly what I planned at the start of the year but I am so thrilled to have the amazing opportunity carry on with CST PostNL Bafang Mountainbike Racing Team in 2021.

My goals are still set and having my BBMTB family backing me makes this adventure so much better. Thanks for an amazing journey so far and looking forward to another chapter.”

The Tokyo Olympic Games will be held from July 23 till August 8, 2021
Olympic Mountain bike is on the program at: