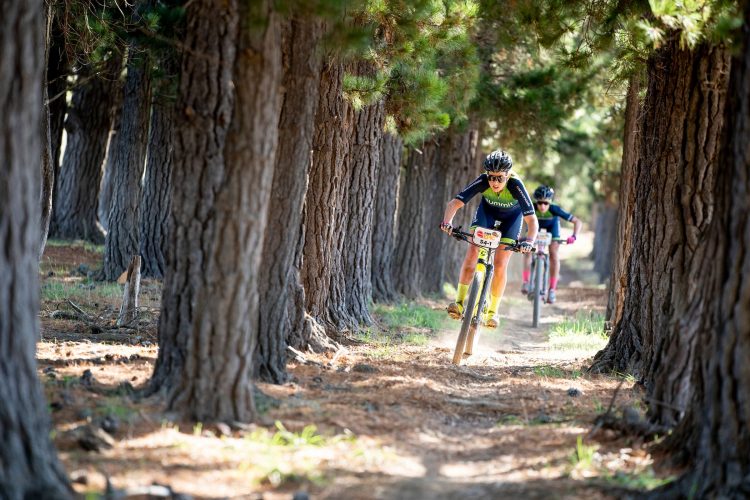 Not since Yolande Speedy, in 2013, has a South African woman stood upon the top step of the Absa Cape Epic podium. In recent years, Robyn de Groot, Mariske Strauss and Candice Lill have had shots at the title, though all three came up short. Local fans will, therefore, be thrilled to read that two of the three will combine as a local super team in 2020. Riding as Faces CST, Strauss and Lill are the first all-South African team with a realistic chance of victory in nearly a decade.

South African fans have lamented the fact that the country’s two premier cross-country riders have never joined forces before. Organising their collaboration for the 2020 Absa Cape Epic was not entirely straightforward either. “Where there’s a will there is always a way” Strauss pointed out. “Riding with Candice was part of my discussion when I joined Bart Brentjens’s CST Sandd Bafang team, so now it’s just to put the picture together. I think it is beneficial for everyone and I’m super excited to line up with her” the former National Champion stated.

“The team name will be ‘Faces CST’ and our separate sponsors will be represented elsewhere on the kit” Lill elaborated. “When Mariske joined CST Sandd Bafang for 2020, we found a way to make it work for both teams/sponsors so that everyone is happy. We are in the process of designing the kit and it is looking really good.”

“Though we have never raced together as a team, I feel we know each other’s strengths and weaknesses on the bike more than anyone” Lill added. “We would normally use this in a race situation to try and get the upper hand on one another. But now we have the opportunity to combine our strengths and I can’t wait to leverage the power of that. Our first race together will be the Tankwa Trek; as part of the tune-up towards the Absa Cape Epic.”

“This is spot on” Strauss agreed. “It’s part of the reason why I approached Candice earlier last year. Besides being a force to be reckoned with, I feel we will be in tune with one another from the get-go. We will be doing some rides and races together to make sure that when the Absa Cape Epic comes along, we are smooth as butter.”

“I know that we have the support of South African mountain biking fans and I can’t wait to get out there and give it our best shot,” Lill said, reflecting on the chances of overall victory. “Of course, we would love it to be a success, but we do understand the unpredictable nature of racing the Absa Cape Epic. That’s why we will shoot for the overall victory but will always make the best of whatever situation we find ourselves in during the race. It would make me unbelievably proud if we did manage to pull off a win. Imagine!”

“I believe we have a good shot, but of course, as Candice said, this is mountain bike racing and not just any mountain bike race, it’s the Absa Cape Epic – The Race That Measures All” Strauss continued. “From personal experience, I can attest that anything can happen. When racing the Absa Cape Epic, you have to be able to adapt and roll with the punches. That said, I also do not think about what others think about, we have enough on our plate as is, so the pressure we both put on ourselves is enough without adding the expectation of home fans.”

Aside from the Absa Cape Epic, 2020 is a big year for Strauss and Lill. They, along with Cherie Redecker, are battling to score as many UCI points as possible, to qualify South Africa for at least two automatic slots for Tokyo 2020. The women’s cross-country points are calculated separately to the men’s and if they can earn enough points to maintain a ranking of seventh or higher, for the country, two riders will qualify for the Olympic mountain bike race. In December 2019, South Africa was in a position to qualify two riders, the United Kingdom was just seven points behind, while Germany was just eighteen points back in ninth.

“Our goal is to see both of us at the 2020 Tokyo Olympics,” Lill said. “We have both worked really hard (separately) to get SA women’s XCO racing on the map at an international level. I am proud of what we have overcome to be ranked seventh in the world as a country. We have now joined forces to get as many points as possible in the early season races to ensure that we at least keep our seventh-place ranking. A major contributor to these points will be the Absa Cape Epic, as it is a UCI HC stage race, and hopefully, we can get a solid double hitter of points for South Africa there.”