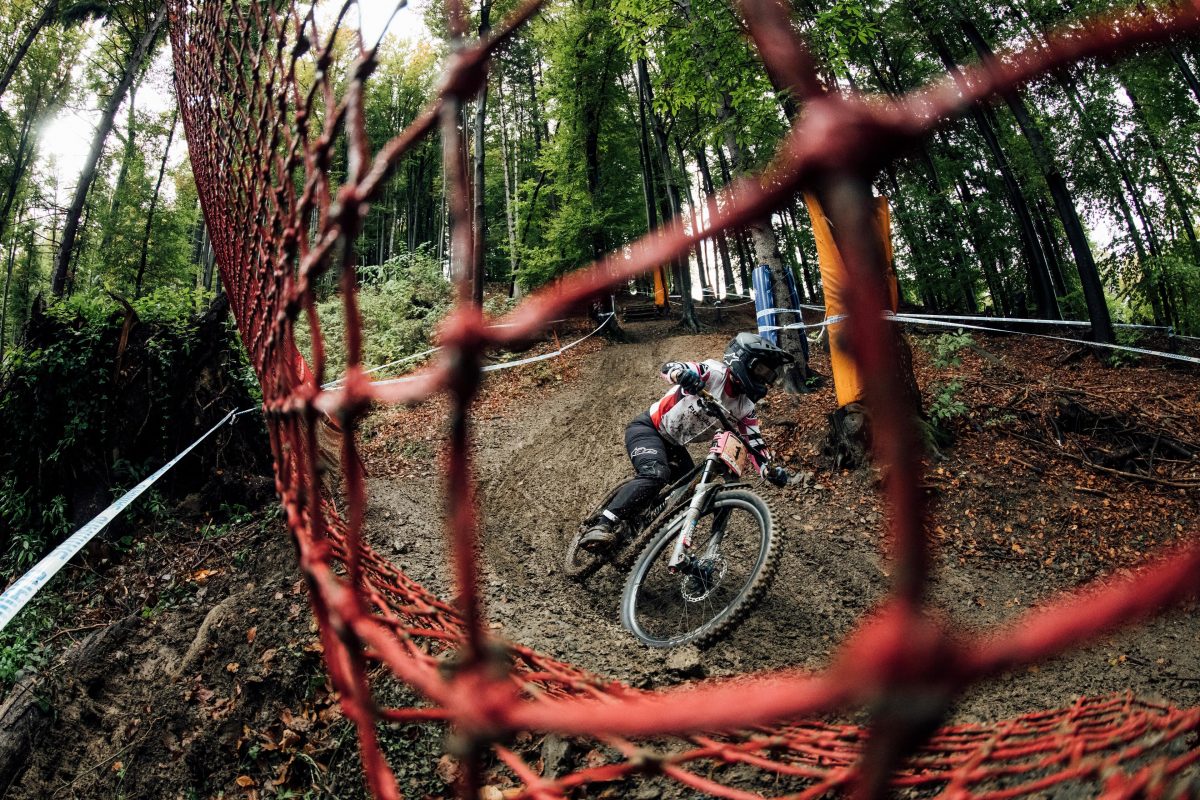 Training on Wednesday had been sunny and dry, but by the time qualification rolled around on Thursday the riders were back to heavy rain, cold and mud.

New men’s world champion Reece Wilson continued his fine form by going fastest in qualifying, however a practice crash meant he had to sit out the race itself.

The women were up first on race day with Briton Tahnée Seagrave fastest early on before French rider Marine Cabirou sent down a brilliant, fast run to lead.

The 23-year-old Cabirou won by 6.115 seconds – thanks to her aggressive, direct lines – for her fourth win in a row ahead of Sunday’s second Maribor race.

She revealed: “It is totally amazing. Today I was really motivated. I am so happy. The conditions were hard – so slippery. I tried to push where I knew I was safe.”

Frenchman Loic Bruni’s crash saw him lose out with compatriot Rémi Thirion setting a great time, which Loris Vergier then beat but Thibaut Dapréla could not.

Vergier was initially unaware that Wilson was not starting, but nerves soon turned to celebrations when he realised that his second World Cup win was in the bag.

The 24-year-old said: “I focused on not crashing on the first corner. It was tough out there. All the podium boys were on mud tyres.”