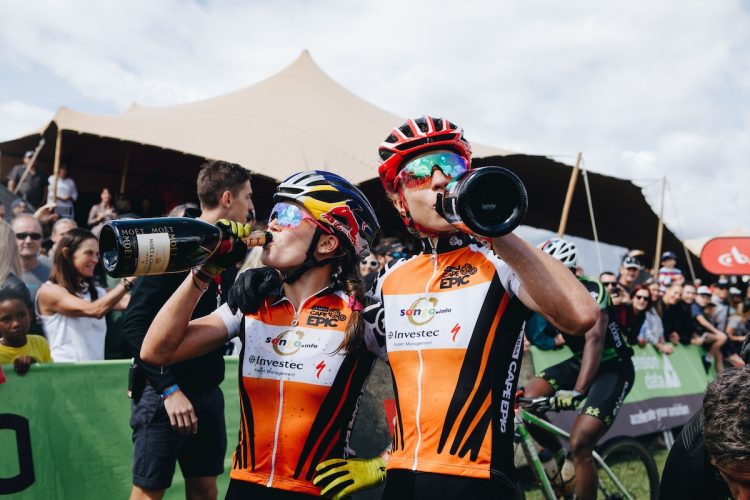 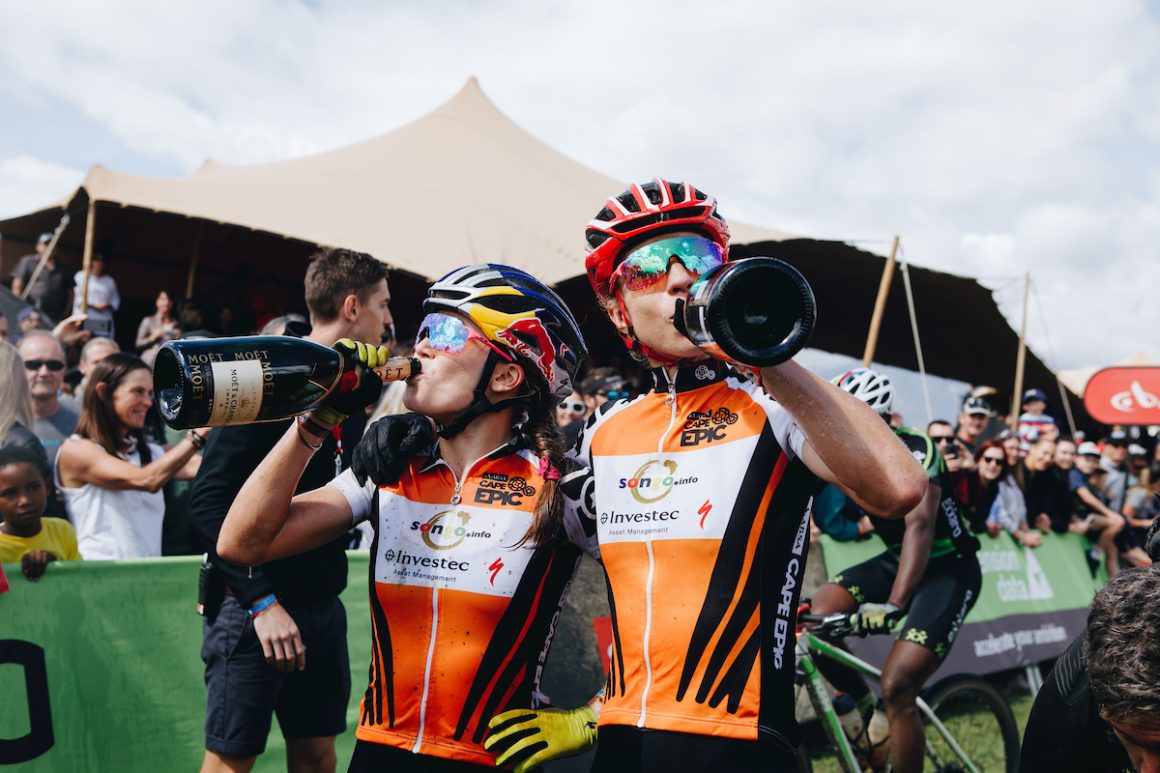 Arguably the foremost mountain biking and road racing stage racers of their generation Annika Langvad and Anna van der Breggen will be teaming up as a formidable combination, in the colours of Investec-songo-Specialized, for the 2019 Absa Cape Epic.

The reigning World Marathon Champion and defending Absa Cape Epic titleholder, Annika Langvad, has finished on the top step of the Absa Cape Epic podium in all four attempts she has made at the race. While that fact alone is imposing enough her teammate for the 2019 race, which kicks off in Cape Town on the 17th of March, Anna van der Breggen is near as dominant a force on the road as Langvad is off it. The partnership, made possible by Langvad’s joining of Van Der Breggen’s Boels–Dolmans Women’s WorldTour team, is arguably one of the most exciting across all categories of the 2019 Absa Cape Epic.

Following the lead of riders like Marianne Vos, who proved that it is possible for the truly elite women to bridge between disciplines, Langvad and Van Der Breggen are adding fresh challenges to their schedules this year. Both have already competed in the other’s specialist discipline. Langvad placed 37th in the elite women’s road race at the Innsbruck World Championships, which Van Der Breggen won, last year. While Van Der Breggen finished 30th at the Val di Sole leg of the Mountain Bike World Cup and 2nd in the Dutch XCO National Championships.

Langvad’s four Absa Cape Epic titles – which came with Ariane Lüthi in 2014, 2015 and 2016; and Kate Courtney in 2018 – put her on course to equal Christoph Sauser and Karl Platt’s record of five victories. For Van Der Breggen the race represents an opportunity to add mountain biking’s most illustrious stage racing title to the two Giro Rosa victories on her impressive palmarès.

Looking ahead to the 2019 Absa Cape Epic Langvad said: “I am beyond excited to return to South Africa for my fifth Absa Cape Epic. The Cape Epic is always a huge highlight of my season. I am very honoured to take on the race with Anna – getting to partner up with an Olympic and Road Champion is quite unique. Riding with Anna will make it feel just as adventurous as riding the Cape Epic for the first time again. And I cannot wait to get this adventure started! I know we will make a strong team out there.”

The road World Champion is equally enthusiastic about the challenge ahead. “The Absa Cape Epic is my first goal of the season” Van Der Breggen confirmed. “I am looking forward to a big adventure and to do something I never did before. To work with such an experienced team and of course four Cape Epic winner and World Marathon Champ Annika is really motivating me. I cannot wait to participate in one of the toughest mountain biking challenges in the world” the Dutch star concluded.

Representing Investec-songo-Specialized – rather than their factory teams, Specialized Racing and Boels–Dolmans – adds an extra dimension to the pair’s efforts at the Absa Cape Epic. songo.info is an education and cycling charity based in the Kayamandi township, outside Stellenbosch. Founded, by Sauser and Songo Fipaza, in 2008; songo.info focused on its BMX programme in the charity’s early years, before expanding to add a mountain biking programme too. As one of the charities recognised by Exxaro songo.info is awarded entries to the Absa Cape Epic each year for development teams. The highlight for the programme, results wise, was Sipho Madolo and Azukile Simayile’s victory in the Exxaro Jersey category in 2014. Off the bike songo.info utilizes the Absa Cape Epic to drive fund raising initiatives, which has helped the charity expand to include an education focus too. Children within the programme are currently assisted with their homework and provided with lunch before they go out and ride BMXs or mountain bikes.

“Ever since my first time in South Africa I’ve continuously experienced, first-hand, what a big impact that songo.infomakes” Langvad explained. “Coming from a country in Europe it was clear to me immediately what a crucial role organizations like songo.info play in South Africa. Today I am equally proud and humbled to be able to play my part for the songo kids – riding for them when taking on the massive challenge of the Absa Cape Epic. It really puts things into perspective and keeps me grounded” she concluded.

Theoretically Langvad and Van Der Breggen are possibly the strongest ever women’s team to line up for an Absa Cape Epic. Mountain biking though is unpredictable by nature and with a stellar women’s field developing for the 2019 race the Investec-songo-Specialized combination will not have an easy ride to the title. The heat, rugged terrain and fierce competition of the untamed African mountain bike race will surely put them to the ultimate test from the 17th to the 24th of March this year.