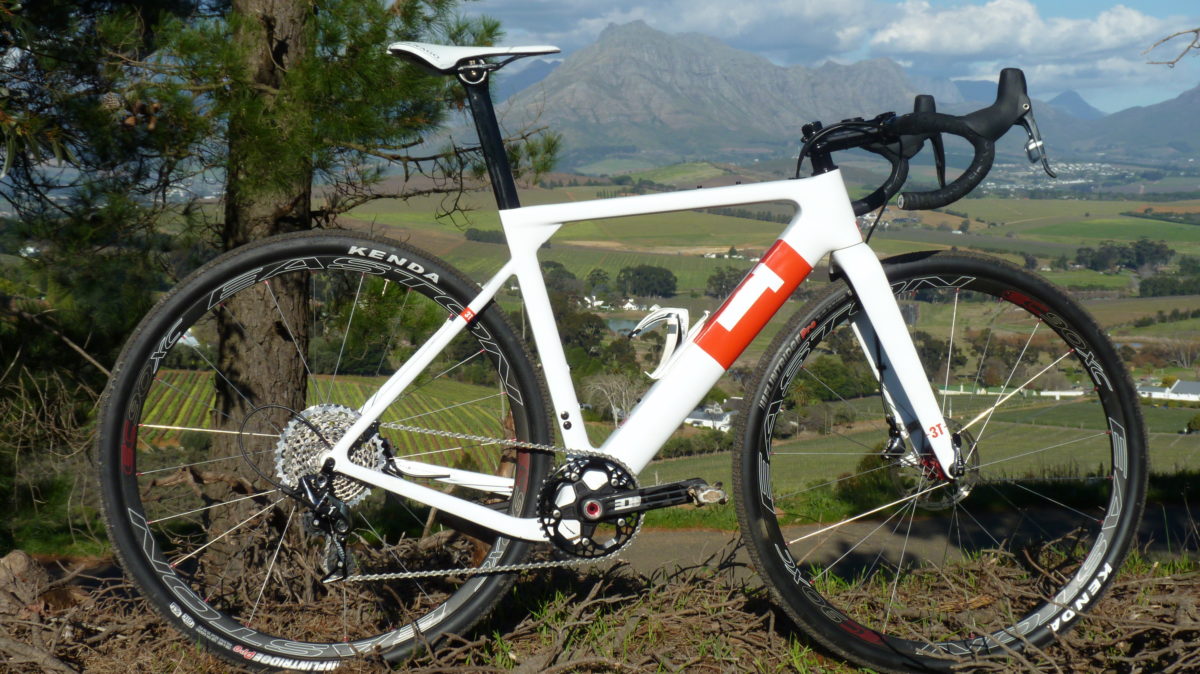 Gravel bikes are catching on and gaining traction all over the world. Where do they fit in? You might ask. Well, I was approached with the same question; in particular, where do they find their purpose on South African soil? I mean, aren’t gravel bikes, just confused bicycles? That can’t choose between dirt or tar!?

Granted, I haven’t written a blog post in quite a while. However, I recently got to test 3T’s Exploro; a gravel grinder seeking out the South African market. It was an experience that answered all my questions about gravel bikes, and you can read more in my review to come. But all-in-all it was a ride worth blogging about!

A chat with a guy from Alpine Sports SA, who in fact import 3T gravel bikes, ended with the conclusion in which we agreed; gravel bikes will take to the South African market. Even Chris Willemse Jnr himself agrees. Ultimately, there is definitely interest in such machines.

People want a bike that can do it all. Sort of a ‘best of both worlds’ scenario. Gravel bikes, being equipped with mountain bike wheels, gear ratios that are fairly easy, and dropper bars, will give the rider freedom for more adventure. Since we as South Africans crave adventure; the gravel bike slots in well. It can tackle long road rides, and keep its rider smiling. It can go off-road, and keep its rider smiling still.

South Africa is riddled with jeep track, back farm roads, and long, open roads, with hills for days. Gravel bikes simply load and go. No need to switch between road bikes and mountain bikes. When the tar becomes rock-strewn, the gravel bike will make the crossing with no hesitation.

It’s really awesome if you think about it. South Africa, in some areas doesn’t have the smoothest roads. And then there’s always car danger. The gravel bike, allows you to diverge from the road when you want to. So, those small off-road tracks next to busy main roads, can now be explored without your mountain bike, and in the comfort of dropped handlebars. The gravel bike eliminates the struggle of choosing between a road bike and a mountain bike.

Going back to my questions that I had in the beginning; have they been answered? Yes.

Where do gravel bikes fit in?

Anywhere there is some form of road, dirt or tar.

Do they have a market in South Africa?

I’d say definitely. They’re made for adventure; like riding from Bloemfontein to Cape Town on paths that aren’t fully tar. Riding through the Karoo on gravel roads.

Nope! They have their purpose, and that being, built for long days in the saddle on uneven surfaces.

3T Exploro as an example:

The Exploro is the world’s first all-road, aerodynamic bicycle. Thus it features many road bike characteristics. However, when it comes to mud and grit, it doesn’t let you down.

That’s all for now! Stay tuned for more blogs!