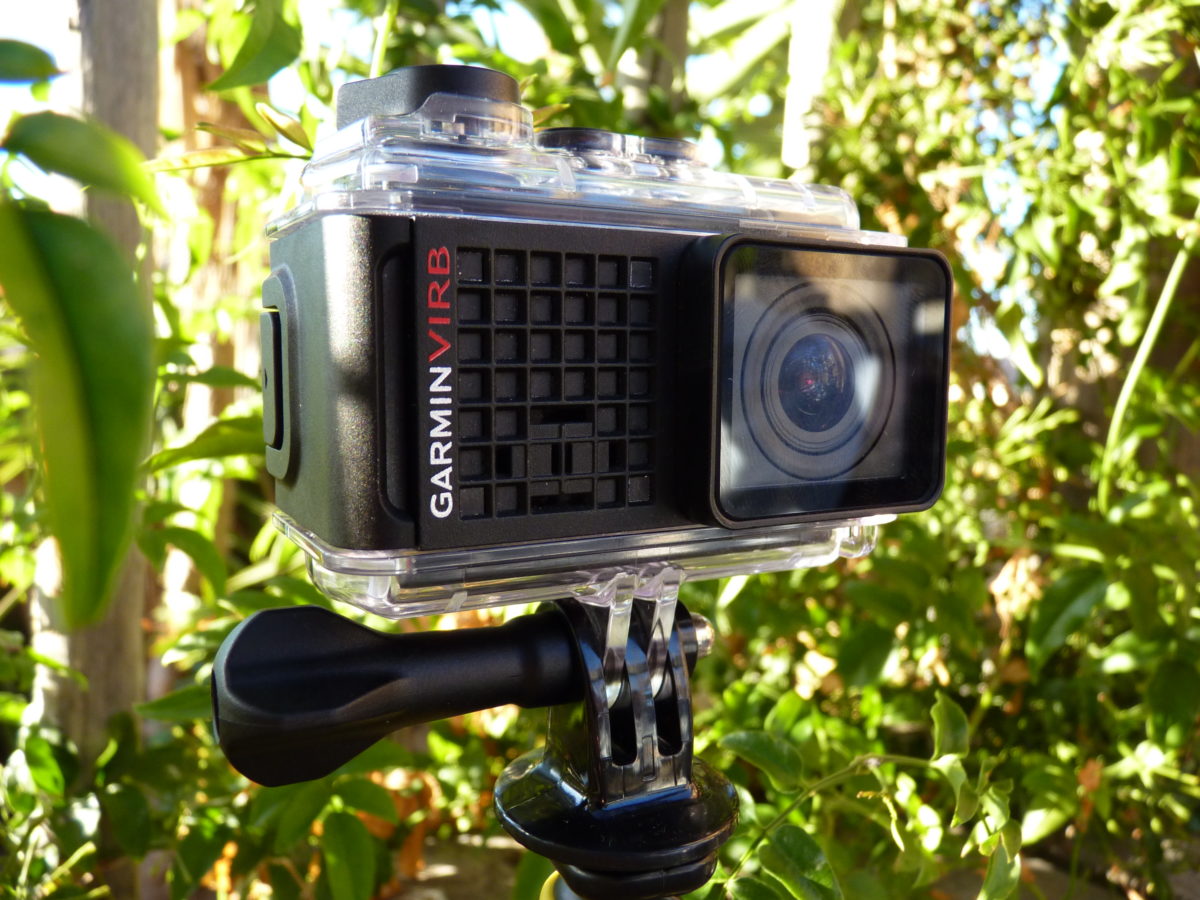 The action camera for every epic moment!

The Garmin VIRB goes by a “set-it and forget-it” nature. Seriously, all you have to do is mount it and get going.

Since the last VIRB design, Garmin have gone with a GoPro similar design on the VIRB. What gives the VIRB its edge over the GoPro, is what explore.

First and foremost, the VIRB offers 4K footage alongside 1080 HD recording. We shot a lot of short clips in 4K, because using 4K does tend to use more battery and space on the SD Card. Otherwise, we did the longer recording on the 1080p resolution.

On the photo side of things; we were particularly impressed with the wide angle. Then it also had the option for an expansive view, which is helpful for taking shots on single-track; after-all, you want to see the big picture!

The slow-motion version of the footage was epic! We set the VIRB up at specific points on a trail. Then, we rode past and did our rad trick. It was all captured, even a fair amount of our surroundings could be seen. The VIRB doesn’t miss anything!

Another feature, that’s actually only catching on with other brands now, is GPS tracking of your camera and ride stats. So, Garmin’s G-Metrix system tracks your speed, distance, altitude, gradient, all while you’re riding, and displays it all in the playback of the video. Forget your speedometer. All you need is your VIRB!

With the formalities out of the way, Garmin went ahead and equipped the VIRB with voice control. The camera is super sensitive to the sound of your voice; there’s no awkward moments, when you say “OK Garmin, take a photo” and nothing happens! It’s also really convenient for when you’re recording/riding and just want to take a quick photo.

Then there’s the waterproof casing and extremely good quality mic. How Garmin got these two aspects of design to connect is beyond us. The sound, even in the casing, was by far better than the GoPro Hero 4. I could stand meter and a half away, and you’d still hear my voice clearly on the playback.

On the user-interface side of things, the VIRB has a built-in touch, for easy use. In addition, it connects to your smart phone by giving off its own Wi-Fi signal, to the VIRB EDIT App. This simply allows you to control everything from your phone and to see how your footage angle plays-out.

The VIRB uses a switch to immediately power on and start recording, which to us was easier to do than the Hero4.Then the footage on the VIRB was offered in 4K, as opposed to the GoPro Hero 4 at 1080 HD. So the VIRB arguably had a better quality in its footage than the Hero 4.

We also found the stabilization of the footage while riding was pretty similar, but moving towards the GoPro’s favour.

While the GoPro’s are coming out case-less and the unit itself as waterproof; I’d still go for the VIRB. I’d rather have the camera case get damaged instead of the actual camera. Many pros and cons to having a case or not having a case.

In our opinion, the VIRB qualifies better in the action aspect of a camera.