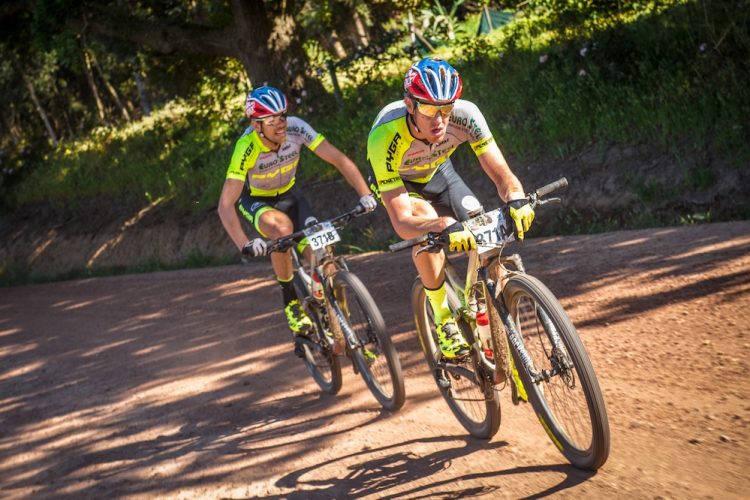 The elite men’s field at the 2018 FNB Wines2Whales Shiraz event is one worthy of the celebratory atmosphere created by the race’s tenth anniversary. Lining up alongside the crème de la crème of South African mountain biking are a number of international stars – all racing for their share of the R175 000 prize purse.

With R100 000 up for grabs to the winning team the battle to be crowned champions in the rebranded Shiraz event, which takes place from the 2nd to the 4th of November, is sure to be fierce. Adding to the depth of the competition is the fact that all FNB Wines2Whales prize money, barring that paid to the Women’s categories which are contested in the Chardonnay event, is awarded in the Shiraz event. Along with the elite men, the men’s age group categories and the Mixed category prizes will be bestowed after the final weekend’s racing. 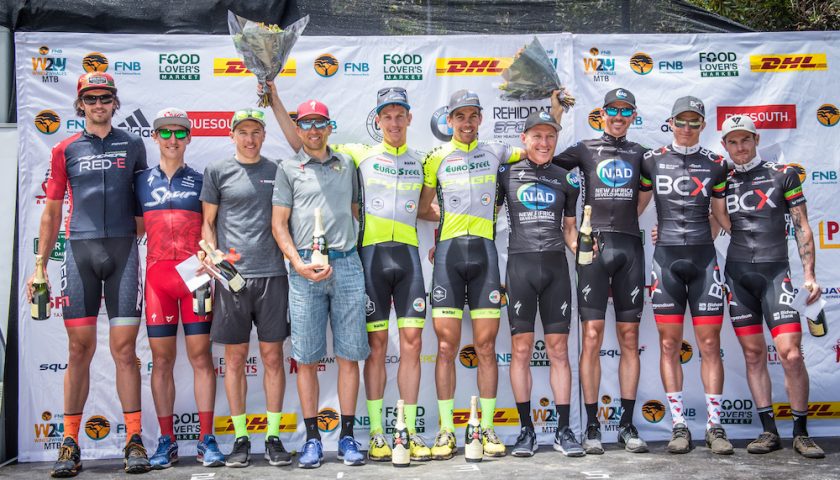 The stellar field is headlined by the defending champions, Philip Buys and Matthys Beukes of PYGA EuroSteel. The pair have not enjoyed the invincible year they did in 2017 however so their title defence is anything but assured. Taking up the challenge of defeating the PYGA EuroSteel combination are the NAD Pro MTB teams of Nico Bell and Matthew Beers, along with their support team; Gawie Combrink and Wessel Botha. The battle between Beukes, Buys, Bell and Beers is a familiar one to South African mountain biking fans; but there are a number of other combinations who will be looking to get in on the melee.

After an injury disrupted season Buys of PYGA EuroSteel and his teammate Beukes are coming into ominous form leading into FNB Wines2Whales. “The last few races show that our form is quite solid” Buys recounted after being crowned Berg and Bush champion alongside Beukes. “We are working to have it even better at FNB W2W” he continued. “For me having been forced into some off time has me a bit fresher and eager to race hard at the moment, so I might be running a bit more on motivation.”

Adding his opinion, to that of Buys, Beukes said: “I believe our form is good, it seems that we get better and better with every race and we still have Cape Pioneer Trek between now and then. So I am hopeful that come FNB Wines2Whales we will be at a similar level or even better than at last year’s race.”

Buys and Beukes not only have the title to defend they will also be keenly marked by their rivals. “PYGA” responded Claes simply when asked who he thought his primary rivals would be. The Belgian then elaborated: “They were the winners of last year and know exactly how to win this race. For sure also the Spur-Specialized guys, Alan (Hatherly) and Simon (Andreasson) [are a team to watch]. They know every single metre in Oak Valley and are technically way stronger then we are. With all their experience NAD is the third team to watch out for. But we have some special road tactics ready to increase our chances for a good result.” 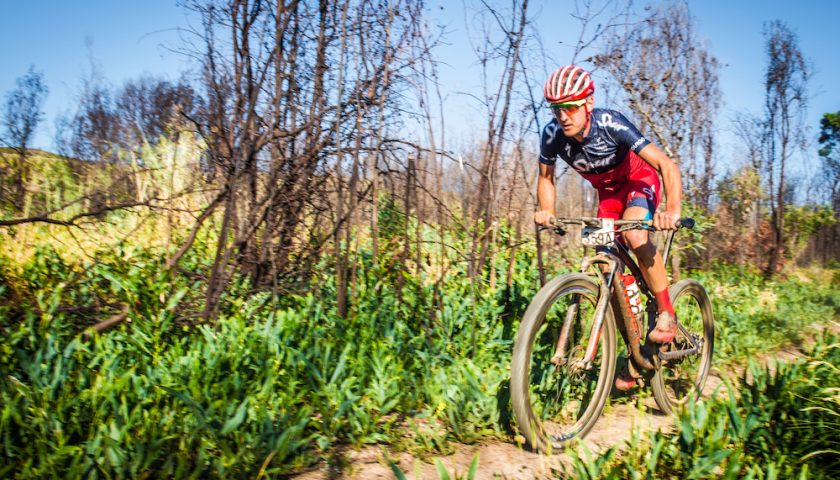 NAD Pro MTB’s Bell and Beers are motivated to conclude their season with a victory at FNB Wines2Whales. “W2W is an important race for us and our sponsors so we will be out to try and win it” Bell stated. “We have a lot of races leading up to it so hopefully we get some wins in the bag, so the pressure is less to perform, but we always try and win for our sponsors” the rider from Nelspruit said downplaying the pressure. Picking up where his teammate left off Beers continued: “You have to treat everyone as a threat”. Elaborating on who he predicted the main contenders for victory to be the Stellenbosch resident confided: “this late in the season you never know how your body will react. We also do not know the form of some of the other guys; who might not have raced as much throughout the year. But I think we know the answer to the question… Alan (Hatherly) and Simon (Andreasson) will be dangerous.”

An indication of what mountain biking fans could expect from Hatherly and Andreasson should be provided by the Cape Pioneer Trek, during which they will be racing not only Buys and Beukes, but also Bell and Beers. The seven day stage race concludes less than two weeks before the FNB Wines2Whales Shiraz gets underway. After a busy cross-country season the pair might not have the mental freshness of some of their rivals, or they could see the switch to stage racing as a chance to reset their goals and race without pressure – only time will tell.

Similarly Claes’ partner Stuyven is switching disciplines for FNB Wines2Whales. The Belgian’s change is even more remarkable however as he will be swapping his Trek–Segafredo road bike for a knobbly tyred mountain bike. “We are both from the same city in Belgium, Leuven, and if it fits in the training or busy racing schedule we go for a ride together” Claes recounted as to how he and Stuyven teamed up. “In his off season Jasper (Stuyven) likes to ride his mountain bike and I must say he has some technical skills. In wintertime, when the cyclo-cross season is fully on, we go for a ride in the forest and enjoy ourselves in the wet and muddy conditions” the former Belgian Marathon champion concluded.

The pair are probably among the few riders hoping for rain during FNB Wines2Whales then. Most of the field, professional and amateur riders alike, are wishing for sunshine and wind-still days during which to enjoy the spectacular trails. “This is my first W2W’s so I am super excited to ride some new trails” SPOT Africa’s Hammond enthused. “Seeing everyone before we hit the fat season is also what makes stage races special” he finished, echoing the sentiments of many ahead of the famously festive event.