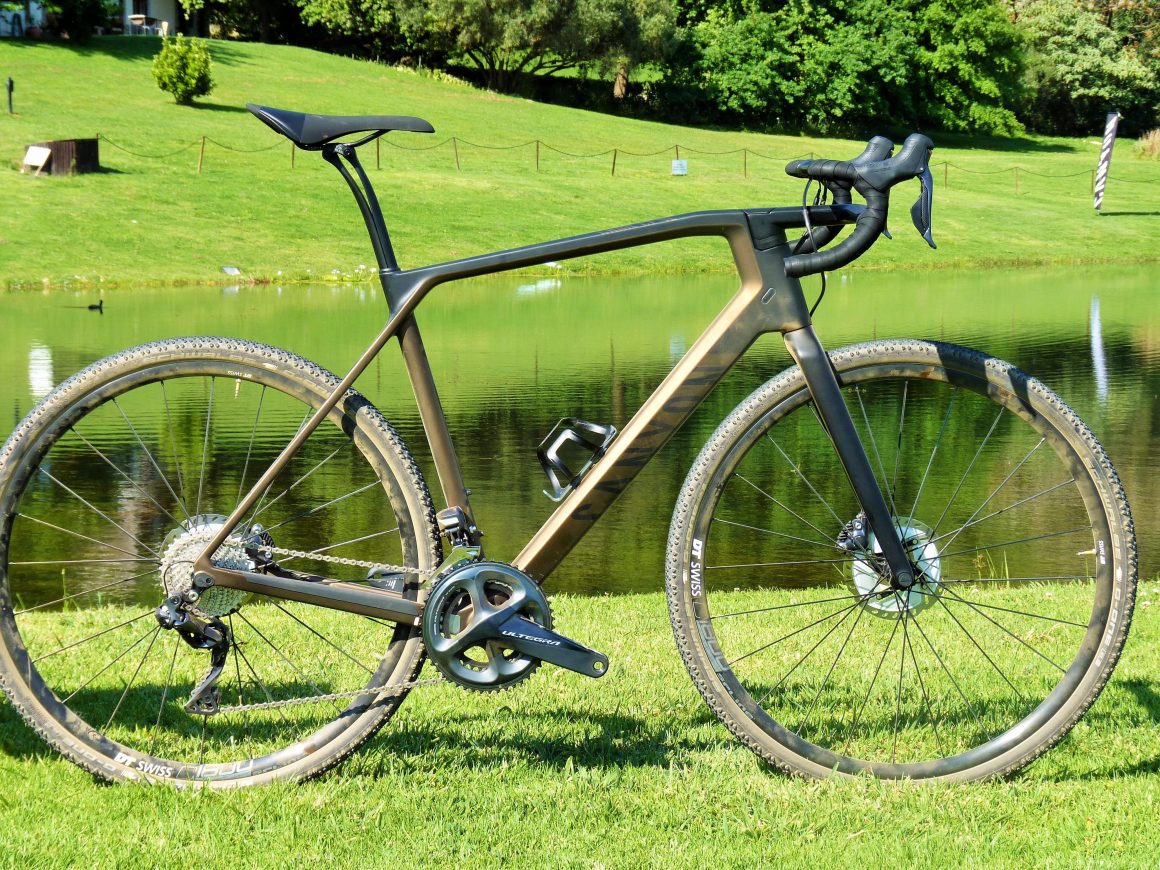 Nothing can match the solid, sole-minded likeness of Canyon’s 2019 GRAIL gravel bike,line-up. Our first test of the German brand’s road bike crossover, was aboard the CF SL 8.0 Di2 model. Which slapped down well thought-out engineering and a memorable ride experience. Everything about the bike, from its components to geometry, had a vision to make its rider smile on gravel paths.

The GRAIL CF SL has a good deal of features that make the road ahead, a pleasant one. Its carbon frame, for starters, has a quality shape. Ultimately, allowing the bike to be hero enough to squeeze through strong winds at a heart throbbing pace.

While the carbon fork and rear triangle of the bike, are engagingly stiff; Canyon have added measures to cancel out unwanted vibrations when rolling over rough surfaces. The floating Canyon’s CP07 CF handlebar, elevates the area where you grasp the bar. Providing indirect contact with the rest of the bike. Secondly, Canyon’s seat-post exhibits a leaf-type spring system. Which will absorb pretty much any vibrations through its flexibility.

Another main feature on the bike we rode, was the Shimano Di2 Ultegra 2×11 drive-train. Electronic shifting is definitely the future. Though, the gear-set itself is designed for road biking, it showed no compromise on the bumpy gravel road.Shifting and pedaling, were smooth and accurate. Not to mention the comfortable shifters up in the cockpit area.

Our first ride with the GRAIL CF was short but nonetheless sweet. The stiffened DT SWISS C 1800 wheels had place for 40mm tires. Meaning reduced harshness from the ground below. Components like the seat-post and handlebars, then added to the low body fatigue vibe, which the bike exhibited.

We had some massive stopping power from Shimano’s hydraulic disc-brake set. It’s absolutely imperative that a gravel bike such as this one, has a decent braking system. It also integrates well with Shimano’s responsive Di2 shifting levers. Making fora neat and clean handlebar area. The bike’s components    didn’t feel ‘tired’ or worn-out when trekking the long gravel roads. We almost always had high performance from the gear-set and brake-set.

Handling the GRAIL CF is like driving a rally car. Its sporty, and quick to steer. The bike can do the distance, but can also serve as a back-street rough, road rebel. It’s equally fast on the tar, as it is on dirt.

The 2019 Canyon GRAIL CF is a natural, born for serious un-tarred adventures. Rigid to the point of unbelievable, so fast your breath needs time to catch-up; what can we say,except that we’re eager to ride this bike some more!