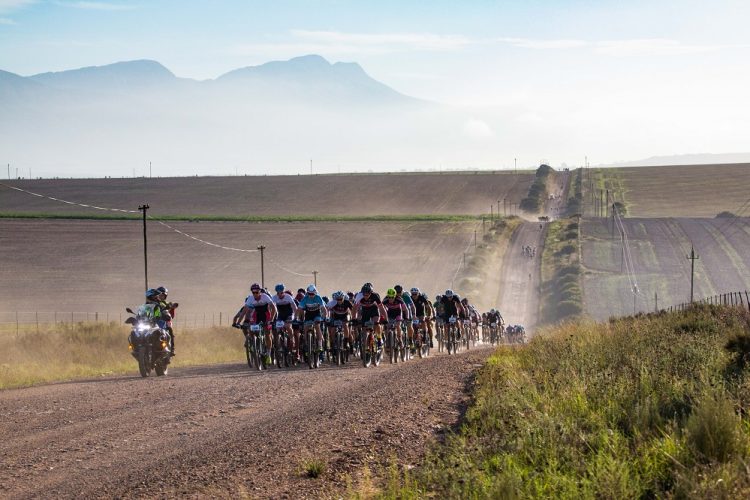 The status quo remained unchanged in the Liberty TransCape MTB Encounter after the fifth stage between Swellendam and Greyton was neutralised in unfortunate circumstances.

Uncertainty over the route in the leading bunch after about 20km of the 99km eventually resulted in the UCI Elite riders, after discussion with race commissaire Deon Steyn, agreeing that the fairest decision would be to neutralise the stage and resume afresh.

Apparently a farmer, through whose land the route took the riders, thought the cyclists had gone through and removed the route markings, which ended up fragmenting the race.

To compound the situation, the marshal on the lead bike was stung by a swarm of bees which made it difficult for him to continue. He was treated and later pronounced to be alright.

The race commissaire said it had been a difficult decision to make.

“When we realised something was wrong, we didn’t know how many kilometres the different groups had done,” said Steyn.

“At water point two I gathered the information available and realised the race was essentially back to front, with the elite group behind everyone else.”

He said the options were to have a shortened race from the 50km mark onwards or to hold a time-trial.

“A time-trial in this situation is not common, but it can be done,” he said.

“But after discussion with the elite riders it was agreed that there were too many riders ahead to have a proper contest and it was decided to neutralise the stage.

“I communicated this to the race organisers and the owner of the event and they agreed with the decision. It’s tough but that’s just the way it is.”

This means race leaders HB Kruger and Stuart Marais (ASG-Ellsworth) will maintain their 11-minute overall lead going into the penultimate stage of 74km from Greyton to Houwhoek.

The seven-stage race, supported by STANLIB and Volvo Cars, will finish at the La Couronne Wine Estate in Franschhoek on Saturday after getting under way in Knysna on Sunday.

Kruger said they were riding in a fairly big group following the lead bike when they got to a turn-off but found there was no marker.

“We then jumped over a fence, but at a split further ahead there was again no marker so we returned to the fence and went over it again,” he said.

“After about 7km we got to a route marker that had not been there before, so we jumped onto that section and rode to the second water point.

“There we had a discussion with the race commissaire and it was eventually decided to neutralise the stage.”

He said at that point there were more than 100 riders ahead of the elite group and they felt it would not be an ideal situation for racing.

“We felt it would not be fair to anyone so we agreed to neutralise the stage and to donate the prize-money to Africa Foundation, the charity involved with the race.”

The positions after stage five are: