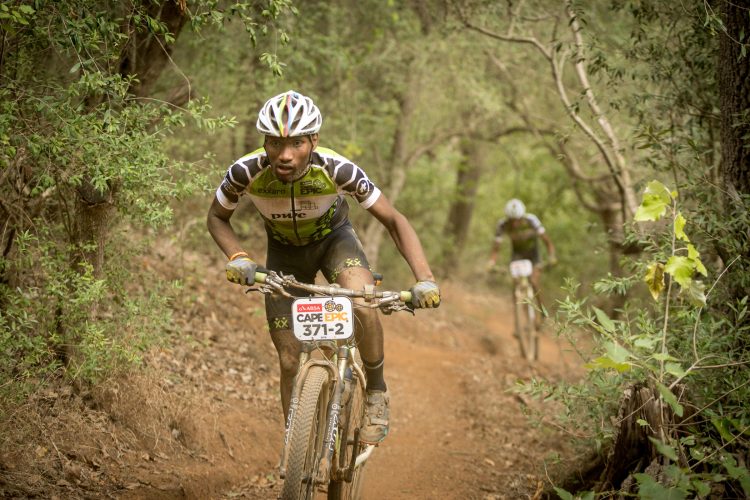 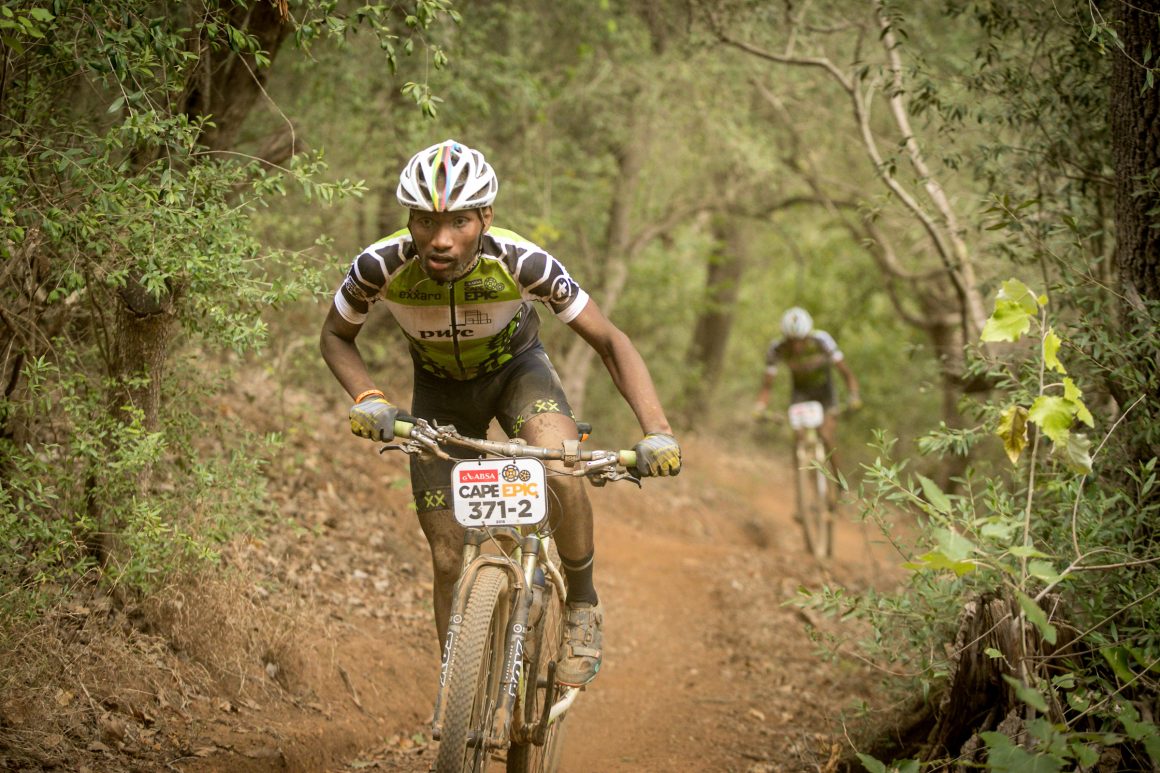 Bicycles, as Qhubeka’s motto goes, change lives; a fact that has been proved by Exxaro through their involvement in the Absa Cape Epic, and in a broader way through their Exxaro Development Academy. Each year, since 2012, riders from historically disadvantaged communities have competed in the race-within-the-race for the honour of donning the light-green Exxaro jerseys at the final prize giving on the fields of Val de Vie.

In 2019 Exxaro, one of South Africa’s largest and foremost black-empowered resource companies, will once again promote athletes in this category. The Exxaro Jersey will be contested by teams from the Exxaro Development Academy, RMB Change a Life, songo.info and the BMT Fairtree Academy. Winning the category can open doors to a career in mountain biking, beyond the Exxaro category age restriction of 26 years of age, as Siphosenkosi Madolo and Phillimon Sebona have proven. Both riders have gone on to work in the sport, with Sebona earning a professional contract with PYGA Euro Steel while Madolo now manages the sport programme at songo.info.

Category winners will also be awarded a trip to the Bakala Academy; in Belgium’s cycling heartland, Flanders. Founded in conjunction with the University of Leuven, the academy provides for athletes from a range of sports – including motorcross, football and swimming – as well as cycling. In the winter of 2018 Lucky Mlangeni and Tshepo Tlou followed in the footsteps of 2017 category winners Sebona and William Mokgopo, making the trip to Bakala. There they spent ten days learning about the latest developments in sport science – including training, nutrition and sports psychology – which could help them take the next step in their cycling careers.

The battle for the Exxaro title this year will therefore be as fierce as ever, with potentially life-changing opportunities at stake. The favourites for the 2019 title are BMT Woolworths’ Lorenzo Leroux and Thando Klaas. The pair hail from Stellenbosch and will be highly motivated to perform on their home trails towards the end of the race. Both Leroux and Klaas are graduates of the songo.info programme but now represent the BMT Fairtree Academy, working for the Stellenbosch based bicycle shop – BMT – while training for the Absa Cape Epic and other mountain bike races. The pair were 55thin their last outing as a team, in 2017, but have developed as riders since then and will be a forced to be reckoned with at the 2019 race.

Leroux and Klaas also have compatriots from their academy in the race, in the form of BMT Didata 1’s Zola Ngxakeni and Siyabulela Tutu. Ngxakeni and Tutu finished 159thlast time out, at the Absa Cape Epic, making them outsiders for the category title. As are songo.info’s Ntlantla Nonkasa and Lwazi Ntsakaza, riding as Investec-songo 2, they too will be aiming for a podium position if all goes well. Like the BMT teams they have the advantage of knowing the Elgin and Stellenbosch trails exceptionally well.

The Exxaro Development Academy and RMB Change a Life riders will thus have to overcome the disadvantage of riding on unknown trails. Fortunately both academies have developed a deep knowledge base over the years and though the trails may be new the riders can rely on the wisdom and advice of their Exxaro Jersey predecessors. Among those predecessors for the Exxaro Development Academy riders is Sebona. The undoubted, stand-out, success story of the first six years of the Exxaro Jersey category; Sebona’s three victories account for two of Exxaro’s four wins in the category which bears their name. The shoes he has left to fill in the Exxaro Development Academy ranks are large ones, but the trail he has blazed also eases the progress of anyone who follows in his footsteps.