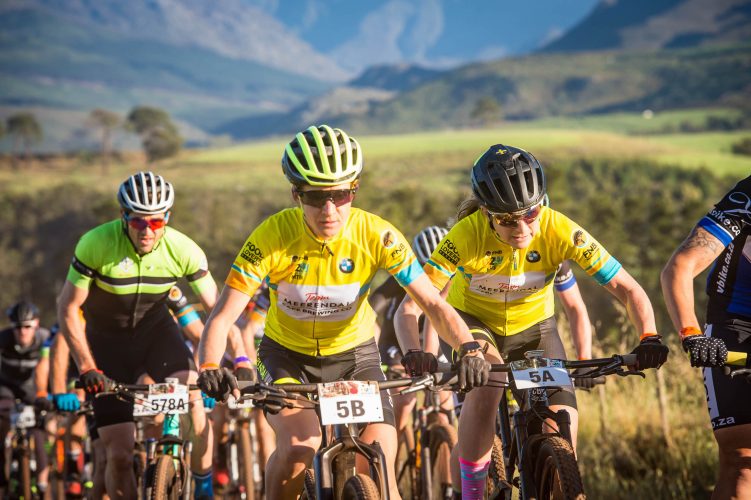 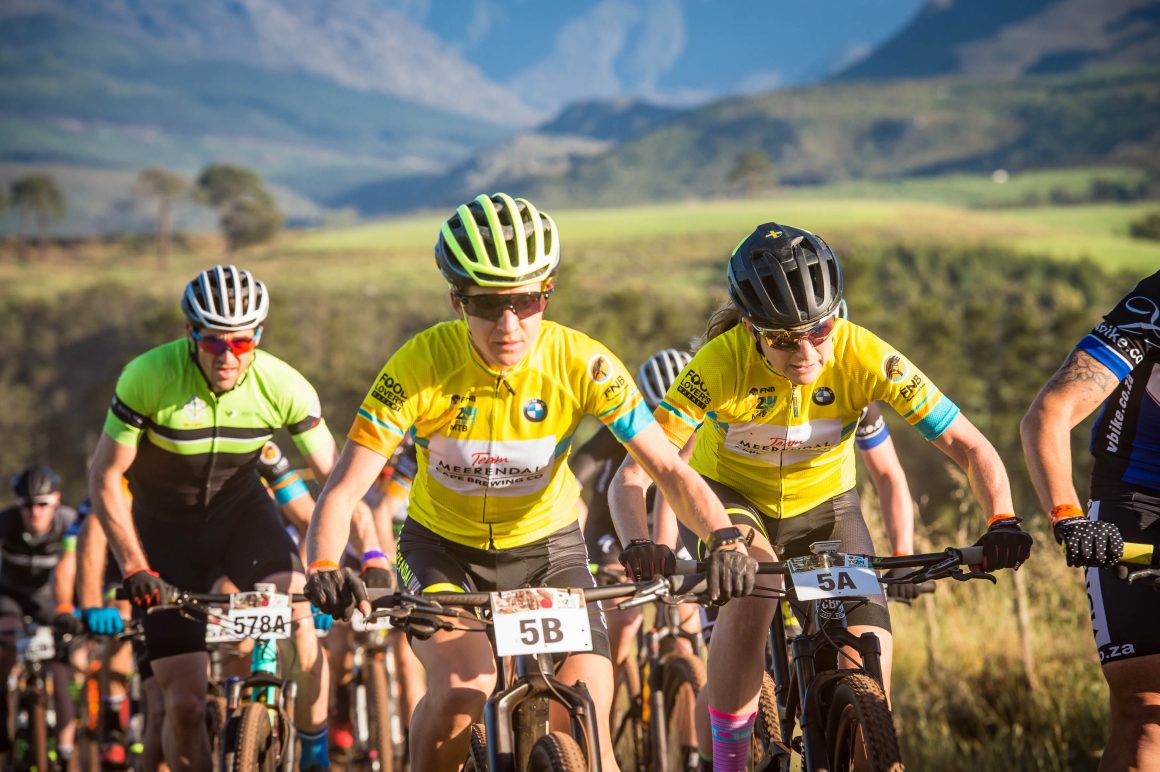 The rebranding of the three events within the FNB Wines2Whales stable is predicted to have the greatest impact on the elite women’s race. In 2018 the elite women will compete in the Chardonnay event, which takes place from the 26th to the 28th of October, without any elite men or competitive Mixed category athletes on the start line. This means they will have the sole attention of the media and race entirely without interference.
With R175 000 in total prize money up for grabs in the elite women’s race – which excludes the R7 500 in age group category prize money to the four women’s age category podiums – FNB Wines2Whales boasts the largest prize purse of all South Africa’s three day stage races. That and the prestige of the event guarantee a stellar field; which for this year’s edition is arguably the strongest ever. Inspired by absolute equality South Africa’s top women’s mountain bikers will be out in full force – supported in a number of cases by elite partners from around the world. 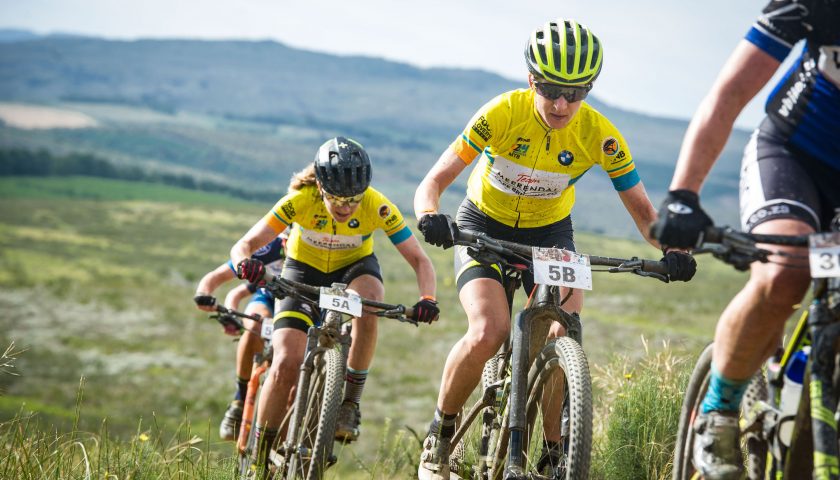 The 2018 FNB Wines2Whales Chardonnay event sees the defending champions return, but partnering other riders. They will not only have their ex-teammates to worry about however as any one of a number of combinations could walk away victorious after the 207 kilometre race from Lourensford Estate to the Marine Hotel in Hermanus. The Chardonnay field includes Jennie Stenerhag (defending champion) and Mariske Strauss, of Silverback CBC; Candice Lill and Adelheid Morath (defending champion), of Summit; and the exciting Team Spur combination of Ariane Lüthi and Barbara Benko. Also lining up on Friday the 26th of October in Lourensford are the dormakaba pairing of Samantha Sanders and Amy Beth McDougall; Galileo Risk’s Theresa Ralph and Sarah Hill; and the FNB Wines2Whales Adventure defending champions Simone and Lolita van Aardt – though the mother and daughter team are now riding with Lara Tennant and Karin van Niekerk respectively.
The dark horses for the race are the Ascendis Health pairing of Robyn de Groot and an as yet unnamed partner. De Groot was scheduled to race with Sabine Spitz, but a crash in early October left the 2008 Olympic Gold Medallist with a broken hand and fractured ribs. At the time of writing a replacement to partner the South African marathon champion, De Groot, had yet to be announced.
Speaking ahead of the race, about the concept of an elite women’s event separate from the elite men’s, defending champion Stenerhag said: “I am very positive to this new concept and appreciate what W2W are doing to try and lift the women’s race. It will be good for us and our sponsors to get the extra coverage. I am sure it will be an exciting race too, since it will be fairer with no interference by any other riders around us.”
Echoing Stenerhag’s sentiments De Groot added: “It’s a great new initiative that the organisers of the FNB Wines2Whales have come up with – giving 100% focus to both the men’s and women racing by having them completely separate. Treating each with equal importance is a great concept. I think it has the potential to be very successful from a women’s race, exposure and sponsorship perspective.”
On the bike the battle for the R100 000 prize and the title of 2018 FNB Wines2Whales Chardonnay champions is sure to be fiercely contested. “I think all of the above teams are super strong and we all stand a chance which makes it really exciting for us and spectators alike” McDougall revealed. Adding her opinion to that of the dormakaba rider De Groot confirmed: “Every rider mentioned has upped their games and most certainly become far more professional over the past few years.  The combinations that form from that professionalism also create really exciting racing for us, the viewers and the sponsors. I feel the route would be open for any of the teams… we race the route but we also race the race as it unfolds, so either way it will be exciting.” 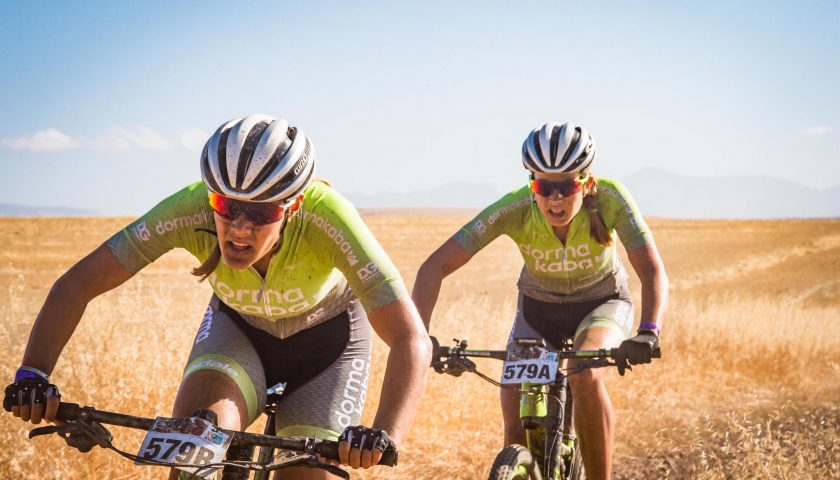 FNB Wines2Whales is famously more than a bike race and though the stakes are high the elite women are looking forward to the same things the non-competitive riders taking part in the events are. “The great thing about W2W is the FNB Rider Lounge and dining marquee,” Hill confided. “It is such a great way to recover. The food is amazing and they even have a ‘cooling space’ if the weather is super-hot. One of my favourite things about stage races is the ability to catch up with friends you don’t normally see. Some of my best friends have moved to Cape Town, Nelspruit, KZN etc, and the race is a chance to hang” the Galileo Risk rider concluded.
“I am super excited for the trails, they definitely add to the high stoke level of W2W” McDougall enthused when asked what she was looking forward to most about the event. The famous catering is also a highlight for the elite riders as Ralph light-heartedly joked: “My highlight? The food… As we all do this sport to stay ahead of the eating don’t we?”
“I love finishing off the season with this event” De Groot praised. “The routes are sublime, the race village really works well with easy flow and very few questions, and of course the social aspect is also a draw card at any stage race. It’s definitely one to look forward to…”
Visit wines2whales.com for more information.
Source: FNB Wines2Whales