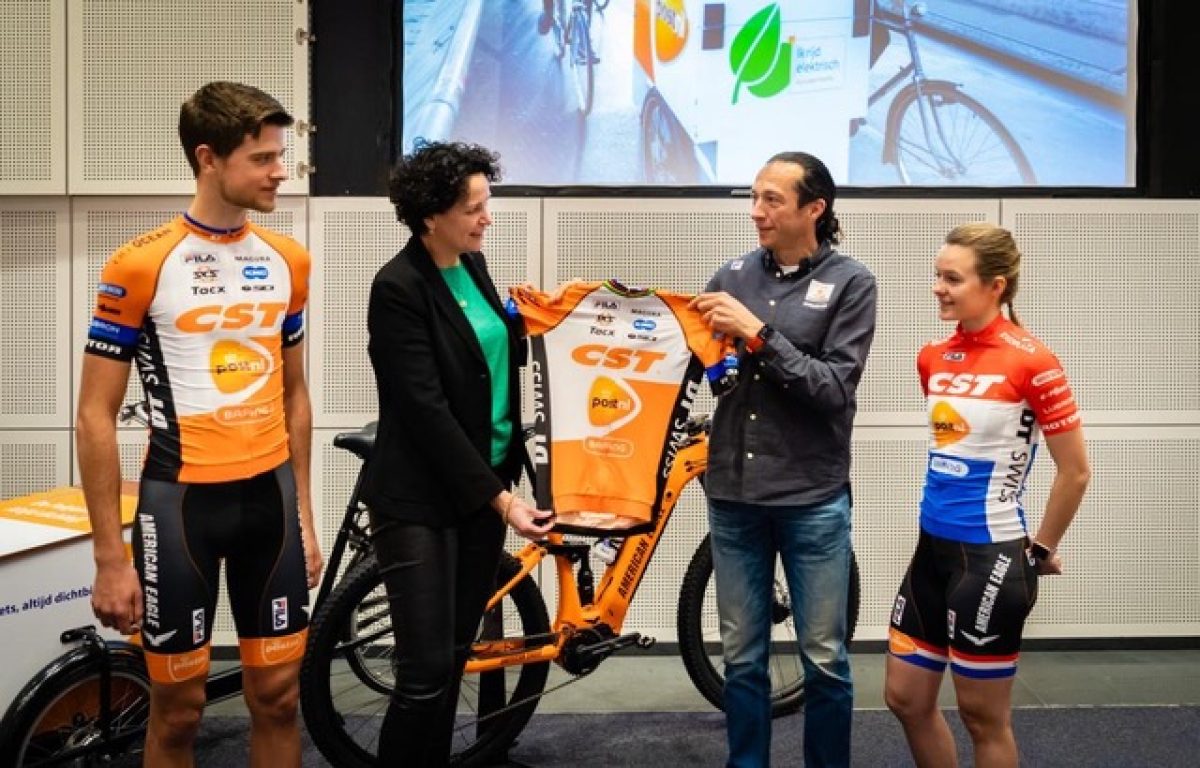 Following the merger of the Dutch postal networks of PostNL and Sandd, PostNL has taken over the sponsorship of the international mountain bike team. PostNL is the new name sponsor for the UCI Mountainbike Elite Trade Team, founded and managed by Bart Brentjens since 2008.

“We’re proud to welcome PostNL to our team! Since 2016 we’ve built a strong partnership with postal network Sandd and their postmen and women.

“We look forward to continuing this partnership with PostNL. PostNL and the team share a strong connection with the bike – we both use it to reach our goals. For me as a Dutchman, PostNL has stood for solid, dependable values ever since I was a child. The team is proud to represent PostNL, especially in this Olympic year. Our Dutch rider Anne Tauber and Ukrainian rider Yana Belomoina have both qualified for the Tokyo 2020

Olympics. And our other riders are still in with a chance to qualify in the races between now and 27 May. Over the next few months, we’ll be focusing 100% on getting our riders to the starting line for the Olympics. PostNL’s confidence and enthusiasm will be giving us plenty of positive energy to help us reach our goals.”

Resi Becker, Director of Mail in the Netherlands of PostNL, added:

“We’re delighted to support this special MTB team, led by the winner of the very first Olympic Gold in this fast-growing sport. This sponsorship is a great fit with PostNL, as the bike is a key means of transport in our business in the Netherlands. Our postal deliverers have used bicycles since the beginning of the 20th century to deliver mail, and more recently also parcels. Thanks to the rapid development of the e-bike and the e-cargo bike, this is now an even more important delivery model, while helping our business to become even more sustainable.”

The Tokyo Olympic Games will be held from July 24 till August 9.