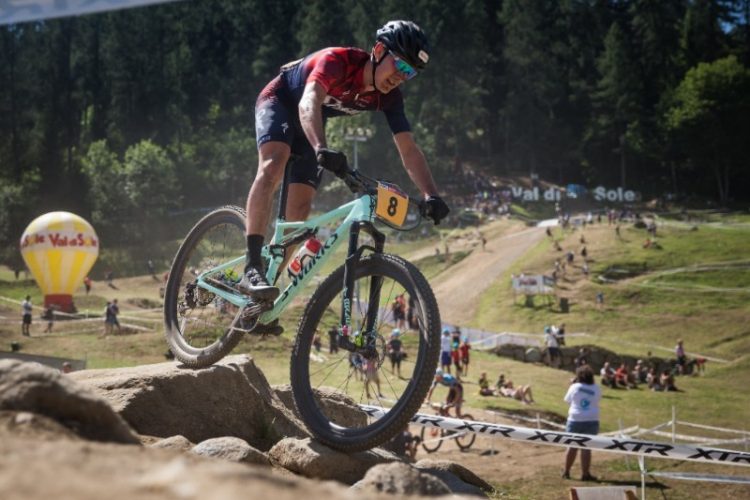 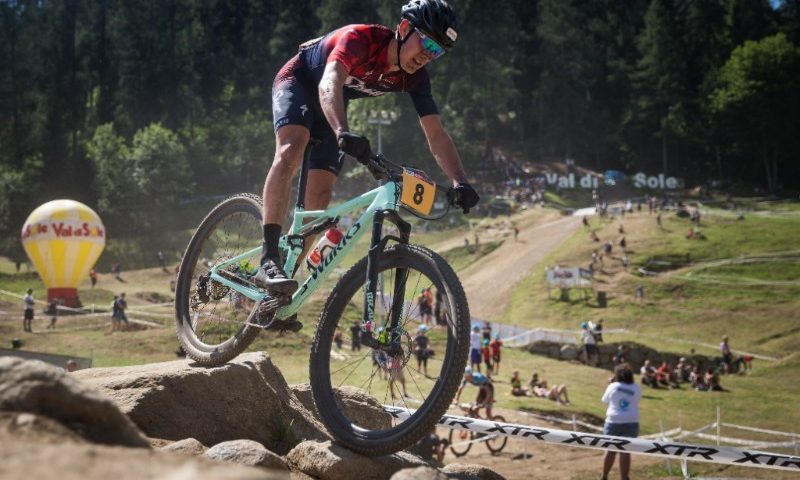 Team Spur’s Ariane Lüthi and Alan Hatherly had mixed fortunes in their respective races in Italy over the weekend.

Ariane was first up on Saturday morning for the 119km Dolomiti Superbike. Ariane knew it would be a tough race, with a formidable route profile (over 3,000m of climbing) and a strong pro ladies line-up. A big block of training targeting races later in the year also had her interested to see how the legs would cope.

As with many of the European women’s races, the Dolomiti Superbike sent the Elite Men and Women off together in a mass start. With the majority of the route on tar and open gravel roads, the pace was blistering. “I knew it was important to stay in contact over the first climb, but my legs just weren’t quite there,” Ariane reflected after the race. With the front escape group formed fairly early on, Ariane decided to ride her own race and tick off the kilometres.

“As we neared the end and made our way onto the final climb, a few of the ladies began to fade,” said Ariane. “I was able to pick a few of them off in the final kilometres.” After a shade over five hours and 30 minutes Ariane crossed the line in fourth place.

While the fourth-place result stands out against Ariane’s recent run of victories, the race was a resounding success in training terms: “I am really happy with how it went,” Ariane confessed. “It was a strong field and a tough race.” 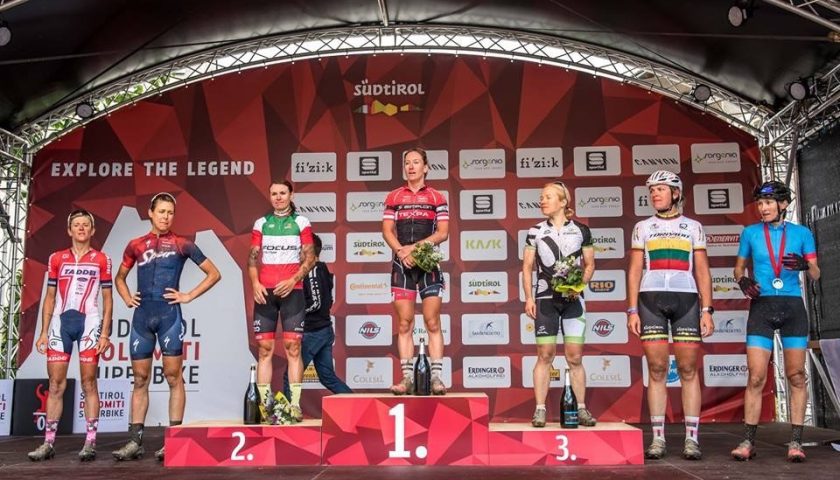 Alan Hatherly was excited to get back in the thick of a U23 World Cup start grid on Sunday, after a month’s break since his third place finish in Nove Mesto in the Czech Republic. The venue for the fourth round of the UCI’s cross-country circus was Val di Sole in Italy. Although literally meaning the ‘valley of the sun’, thunderstorms and rain rolled through the picturesque mountain setting the week prior to race day. Thankfully, the sun made an appearance for the final two days of training, which allowed a sodden track to dry out. The fast-running track was made up of brutal climbs and technical but playful descents – right up Alan’s alley.

But the mountain bike Gods had different ideas. With a good grid position Alan made his way through the first lap as part of the strung out field. Suddenly, the wheel in front of him was out of control in a high-speed jump section. Unfortunately Alan had no option but to grab the brakes and hope for the best, ploughing into the rider and hitting the deck. Thankfully, there was no lasting damage to our champion or his bike. “I just saw the rider’s front wheel hook and the next think I knew he was facing me,” Alan said. “His shoulder hit me in the ribs and winded me. The collision also twisted my bars and saddle.” Alan straightened everything up and was soon up and running again, but the time lost proved to be too much.

With the leading riders hauling it up front to split up the field, Alan returned to the chase in around 30th place. The chase back was always going to be tough on the Italian course, which doesn’t allow for much overtaking. At the end of six laps, Alan had worked his way back to 21st place.

“It’s not the result I hoped for, ” Alan admitted. “But I am looking forward to next week in Andorra [for Round 5 of the UCI U23 XCO World Cup]. It’s the track where I landed my first World Cup podium in 2017.”

To follow Alan’s racing on Sunday, keep an eye on our Twitter page from 10:15 for live race updates.