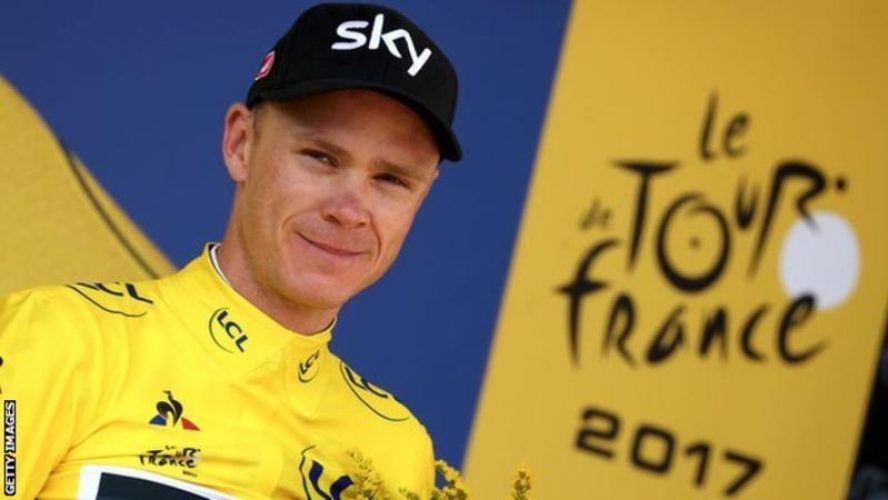 Britain’s four-time Tour de France winner Chris Froome said he was in “a horrible situation” as he again denied wrongdoing over his adverse drugs test.

Froome, 32, was found to have double the allowed level of legal asthma drug salbutamol in his urine after a test at the Vuelta a Espana in September.

Speaking on the Sports Personality of the Year programme on BBC One, he said he “understood people’s concerns”.

But he insisted he had “never taken more” of the drug “than I am allowed”.

Referring to the high-profile doping cases in cycling’s recent history, he added: “I do completely get it – I have been a bike rider for 10 years now and I know how some people might look at our sport.

“That is a responsibility I take very seriously and we are working as hard as we can to try and get to the bottom of it.

“I am an asthmatic, I have been since I was a child, and I use a puffer to help manage it but I have never taken more than I am allowed, so it is quite a horrible situation.”

The story so far

The urine test, taken on 7 September, showed Froome’s levels of salbutamol were 2,000 nanograms per millilitre (ng/ml), compared to the World Anti-Doping Agency’s threshold of 1,000 ng/ml.

The use of salbutamol is permitted, without the need of a therapeutic use exemption, but only within certain doses. Froome and Team Sky insist he did not inhale more than the permissible dose.

Because there are legitimate reasons why Froome was taking salbutamol, he has not been suspended and is providing more detail to cycling’s governing body the UCI. He could face a series of laboratory tests to try to replicate and explain his adverse drugs test.

He could be banned if he fails to explain the finding and, if so, he faces being stripped of his Vuelta title and two World Championship bronze medals, while he could also miss next year’s Giro d’Italia and be unable to defend his Tour title in July.

Froome, who became only the third man to win the Tour and Vuelta in the same season this year, was notified of the adverse analytical finding, from a test on 7 September, on 20 September – the same day he won individual time trial bronze at the World Championships.