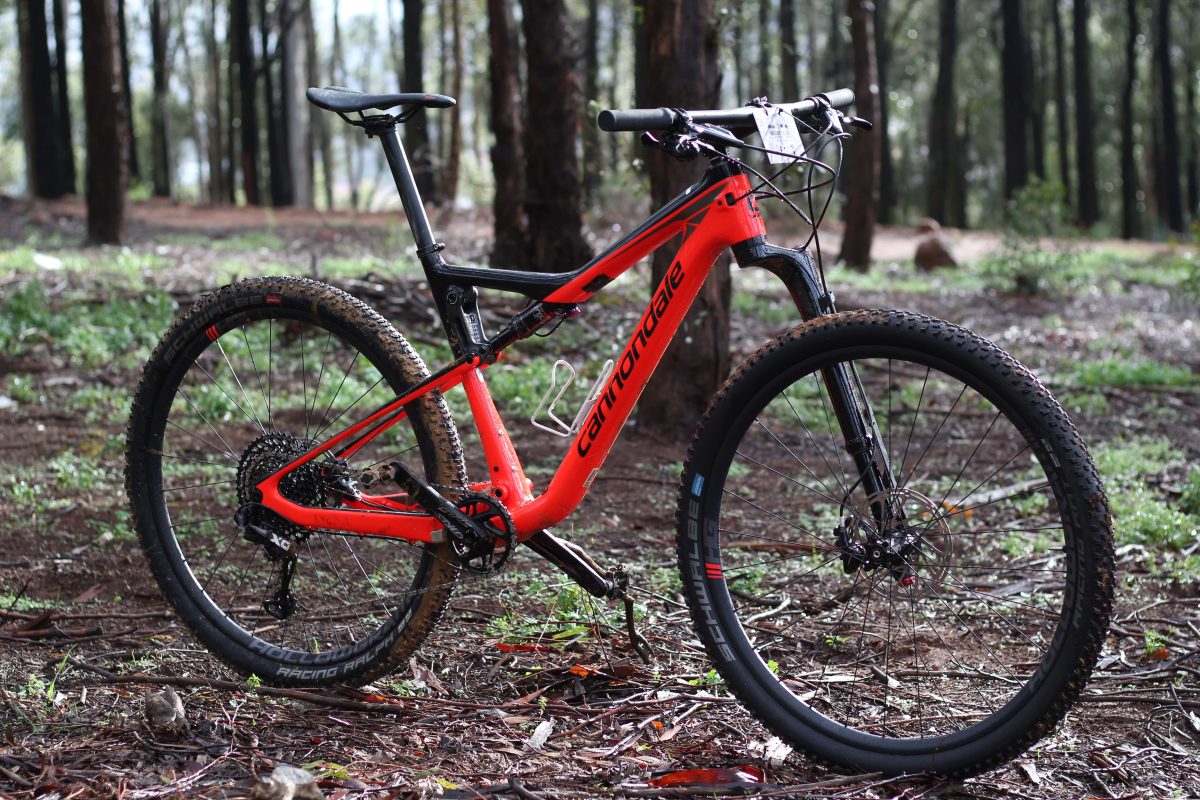 Over the years we’ve had a real soft spot for the Cannondale Scalpel SI, that always manages to rock a Lefty fork upfront in style. The bike has gone from good to great, looking back at the last 3 generations we’ve tested. For the 2019 version Cannondale has stretched out its hands to grasp new heights in frame technology and launch a redesigned the Lefty fork, known as OCHO.

From a corporate perspective there has been dramatic growth within the company, as well as some re-centering of focus, that is certainly a step in the right direction. The brand is coming out with more and more exclusive technology, and the Lefty OCHO has been leading the charge in their relentless pursuit of being the best. I don’t know about you, but I can back a brand like that. Instead of scheming for the masses, they’re homing in on the rare and unique stuff.

Key racers of the Scalpel-SI are Manuel Fumic and Henrique Avancini. If you look at their race history, then you can be well convinced of the bike’s capability. Both professional riders are Cape Epic heroes, along with Fumic being a German nationals champ and Avancini the 2018 World XCM champ. The Cannondale Scalpel-SI equipped with the latest Lefty OCHO fork was the weapon of choice for these riders at the 2019 Cape Epic with the team finishing in 2nd place on the grand contender’s podium.

We’re all too familiar with Cannondale’s BallisTec carbon fibre frames; superb stiffness in areas where needed and slimmed off to follow a likable aesthetic design. The 2019 Scalpel frame isn’t at all different from the previous year’s model when looking at the technology you’re getting. But it still supplies great quality, and from a brand perspective, Cannondale are one of those that are the most consistent in that area.

Back to the Scalpel itself, it’s got 100mm of rear shock travel, that has been sweetly and neatly integrated into the frame. The suspension linkage is made from carbon that’s been refined over the past few years, to create a strong bridge. Then there’s the 1.5-inch diameter Si, oversized, head-tube, that really gives the bike a punchy feel.

Probably the highlight and most noticeable upgrade on the bike, is the new Lefty Ocho fork from Cannondale. While its design has received a major trim down in length and weight, it has manged to climb the ranks in stiffness. The Ocho’s 100mm of shock travel also seems to have been improved. Where the previous generation of the Lefty felt a bit stcky on compression, the new Lefty Ocho feels a lot smoother.

For the rear shock, Cannondale have opted for the Fox Float DPS Performance. Also, with 100mm of travel.  It’s surrounded by Fox’s ground-breaking EVOL air sleeve, that adds extra air volume to the unit.

Both the front shock and rear shock are controlled by a remote lockout trigger on the handlebars.

HollowGram are a brand that’s well trusted by Cannondale, and for good reason. They build exceptionally good wheelsets. Their ‘23’ wheel model comes constructed in, super sturdy, high-impact, carbon fibre. With a spoke configuration that’s just as stiff. Naturally, they’re also tubeless ready and feature a 23mm inner rim width – hence the model name, 23. Wih this set of wheels that’s used by Cannondale for their Scalpels, each of the front wheels have a Lefty 60 hub, which compensates to be compatible with the one legged, Lefty.

SRAM GX Eagle compents can be spotted throughout the bike, with a good pairing of and XO Eagle, 12 speed rear derailleurs. Instead of going all XO or all GX Eagle components, Cannondale have combined the two drivetrain models to cut costs but still deliver a well-rounded performance from shifting. The Scalpel can probably take up to a 38t chairing in the front, but on the Scalpel 3, there’s a safe 34t chainring.

For the brakes, we had SRAM’s Level TL model callipers and levers. With a 180mm disc in the front and 160mm in the back.

The Scalpel’s carbon frame really has something special going on, when it comes to stiffness. Unlike some other XC mountain bikes we’ve testing, Cannondale have put priority on the strength of the bottom-bracket and headtube. For they know, that with great stiffness, comes great speed. That being said; the Scalpel’s climbing was solid. Each pedal stroke was meaningful, with a feeling of power hovering over the wheel based.

The rear shock was also quite punchy on climbs. Probably because Cannondale kept a close watch on the way they developed the rear triangle – aim for an ideal pivot leverage. In turn, the bike had relatively good grip on the on the back wheel, despite shifting our weight to the front of the bike most of the time. Even the Lefty did a solid job of keeping the front wheel grounded and digging in smoothly through corners.

We’d like to take this time to also comment on the excellent tyre choice that Cannondale made for the Scalpel-Si 3. Pairing up Schwalbe’s Racing Ralph (rear) and Ray (front). Both these 2.25-inch thick tyres have good puncture protection, while maintaining a low weight. We also found the tyres to work well in muddy conditions.

Back to the Scalpel as a whole; the bike really handled technical descends in an impressively stable manner. Cannondale’s geometry on the bike was good enough to lean back over the rear wheel without looping out on the front wheel. But then when it came to a sprint, we felt more than confident to lean forward a bit.

“Do you need a dropper post on the Scalpel?”

The simple answer is no. We wouldn’t worry too much about a dropper seat-post. While some riders will opt for one – the Cannondale Scalpel does have good enough geometry and rear suspension travel to keep the saddle out of the way on steep sections.

The Cannondale Scalpel-Si 3 is notably fast and doesn’t throw you around up above. In fact, Cannondale have got a perfect example of symmetry on the Scalpel.  Where, no matter if you’re going downhill or uphill, all the components work together for your good. While you can get some better spec on the more high-end models, such as the Scalpel-Si 2, 1 and World Cup edition – the bike offers a good all-round cross-country race package.