Alban Lakata back for his ninth Absa Cape Epic search of the elusive win! 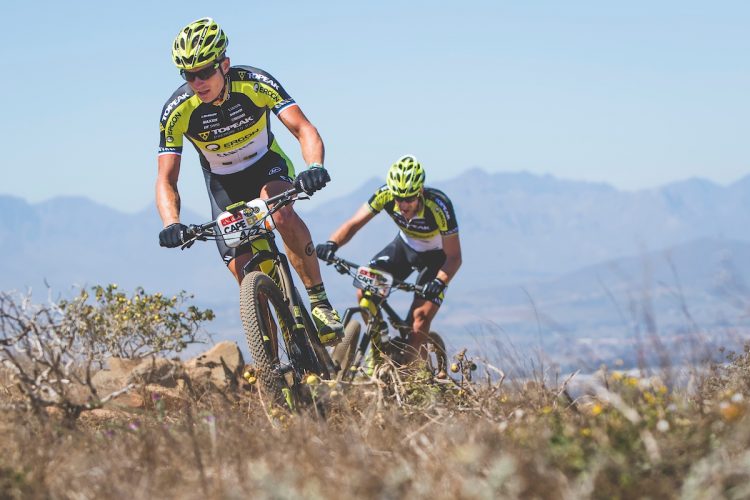 Alban Lakata back for his ninth Absa Cape Epic search of the elusive win!

Hope springs eternal for Alban Lakata as he heads into his ninth Absa Cape Epic, desperately seeking the win that has proved elusive for one of mountain biking’s true stars.
Lakata, the three-time Marathon World Champion, will once again team up with Kristian Hynek as Canyon Topeak, the Czech won on his debut in 2014. Erik Kleinhans, the South African manager of Canyon Topeak, who has two victories at the Absa Cape Epic in the Mixed category, hopes that 2018 could be the year that Lakata stops being the bridesmaid and never the bride. Lakata has finished second, third, fourth, fifth, sixth, eighth and 10th at the Untamed African MTB Race.

“Every year we hope and believe it will be the magical year for Alban to win that one race that he still so desperately wants to win before retirement,” said Kleinhans. “This year so far he and Kristian’s preparation has been very good. There is no shortage of talent and if all continues to go well with the training they will be ready to fight for the win.

“Luck also plays a big part at the event, which is why support teams have also become so important,” said Kleinhans, who will ride with veteran American Jeremiah Bishop as the back team for Canyon Topeak. “There is no one secret to winning this race. At the end of the day, all the different aspects need to fall into place, being fit, staying healthy, not having any problems on the course, the support staff and having a great environment to race.”

Lakata had a strong 2017, winning the Marathon World Championships for the third time. Having experienced some bad luck at the Absa Cape Epic in the past, the Austrian has had the good luck of having some great weather at his home town of Leinz in Austria for the intense sport of SkiMo, which plays a large part in his build-up. SkiMo is essentially a combination of skiing and mountaineering, with the emphasis on skiing uphill. He has had two training camps in Gran Canaria and one in South Africa, and will take part in the Tankwa Trek to get reacquainted with Western Cape conditions ahead of the Absa Cape Epic.

Kleinhans will take part in his 11th Absa Cape Epic, and believes the route to be one of the best and more challenging of those he has experienced, offering something for different types of riders. He thinks the winners at the race may have already made their stamp on the course in the first four days.
“The route seems to be a great balance with the first four days the longer and harder ones, and I believe more suited to the XCM racers. That comes before some shorter and more technical riding towards the end of the week that might suit the XCO racers. The first four days stand out for me, the area is not known for fast racing, nor for cool weather, and with the consecutive hard days it
will form the 2018 Absa Cape Epic.”
“The time trial will be interesting and exciting for the spectators. And our riders are looking forward to it as it is a slight break in the normal day of Absa Cape Epic activity and will give the riders a little more sleep! It will change the dynamic a bit more for sure, with the shorter stage suiting the XCO racers a bit more, but if Alban and Kristian have good shape, they can ride a time-trial course as fast as the best in the world as they have proven before.”
* The 2018 Absa Cape Epic mountain bike stage race takes place from 18 to 25 March and the much anticipated route can be viewed here.
Source: ABSA Cape Epic
Photos: Ewald Sadie, Nick Muzik