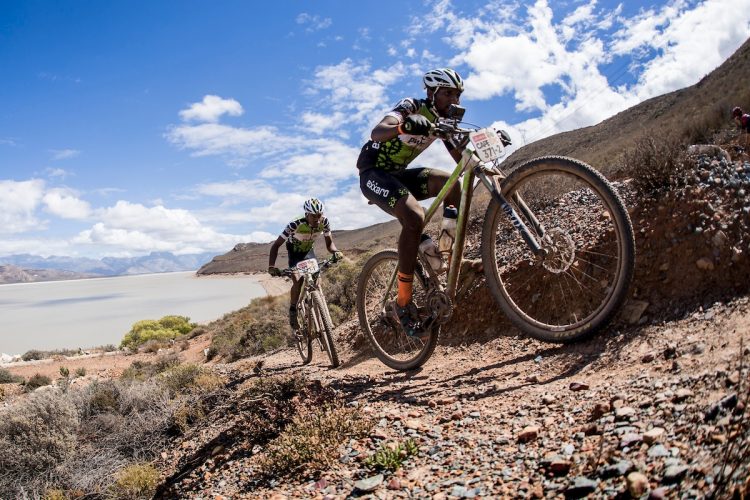 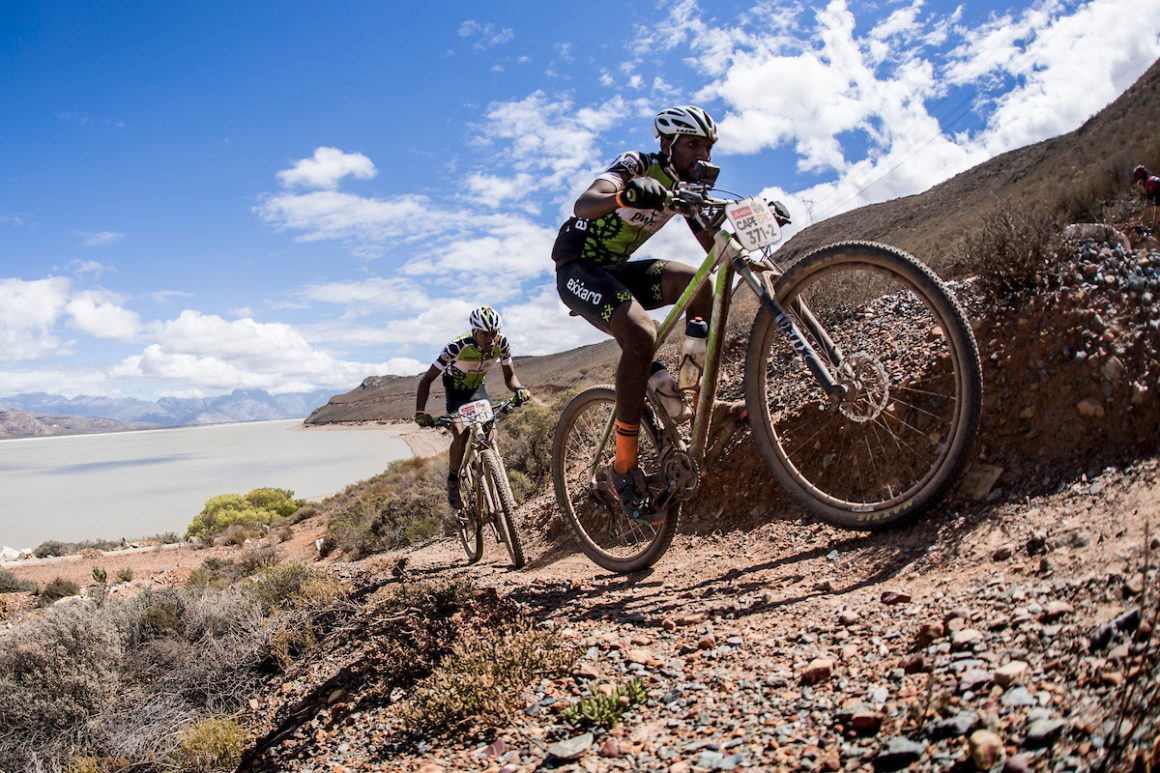 Lucky Mlangeni and Tshepo Tlou punched the air in joy after winning the Exxaro special jersey race at this year’s Absa Cape Epic. This month, as part of their prize, they head to the Bakala Academy in Belgium to have their mettle tested to the maximum
For the past six years the Exxaro special jersey competition has given previously disadvantaged riders a platform on which to test their talent against the best mountain bikers in the world. Since its inception the pool of teams has grown every year and with it the level of competition too. Previous winners include now-full-time professional cyclists Phillimon Sebona and William Mokgopo – both of whom are living proof of how this initiative changes lives forever.
The Exxaro Mountain Bike Academy was established after Exxaro became a headline sponsor and the official development academy partner for the Absa Cape Epic in 2012, and has grown the reach and popularity of the sport in impoverished regions of the country ever since.
In 2018 to increase and further bolster the level of racing among the special jersey competitors, the prize purse was increased to span the entire podium. As a result the top three overall teams each received R50 000, R30 000 and R20 000 respectively in a bid to help further their studies, development and careers. 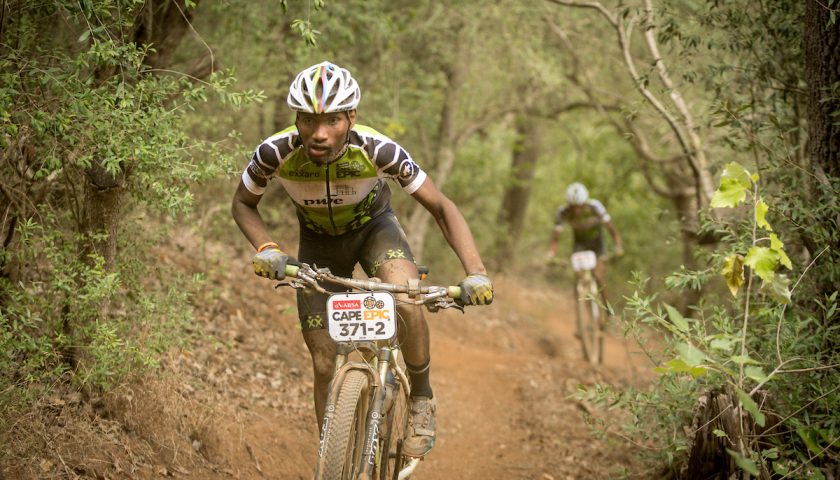 This year’s winners, Lucky Mlangeni and Tshepo Tlou (Exxaro/PWC 1), dominated the competition by winning every stage except for the Grand Finale. The two riders approached the race with level heads and showed immense maturity riding at a measured pace which resulted in them bagging a not-too-shabby 52nd position on the general classification in the process.
“It was the most amazing feeling,” said Tlou. “I cannot believe that we won. This is very special and I feel like I can come back next year and do it again. It shows that hard work pays off.
As part of their prize Mlangeni and Tlou will travel to Leuven, Belgium for a 10-day visit to the world-class training and testing facilities of the Bakala Academy where they will eat, sleep, breathe and train like professional cyclists. For the two young riders from Pretoria this marks the realisation of a life-long dream.
“Going overseas to ride bikes was our plan since day one when we joined Exxaro – to us this is a dream come true,” said the Exxaro/PWC 1 pair. “Our academy is our home and it makes possible for us. We are privileged enough to be part of it and the Exxaro jersey is an inspiration to our entire development team as they look up to us as role models.”
Mlangeni and Tlou have expressed the desire to defend their Absa Cape Epic crown come 2019. Next year they will be a little wiser and even better prepared than ever before to make an even bigger mark and inspire even more young riders to tackle the Untamed African MTB Race.
“Next year we will continue to race as a team,” said Tlou. “Having raced three Absa Cape Epics together we now have the experience to aim even higher and inspire the next generation of riders.”
Source: ABSA Cape Epic Media