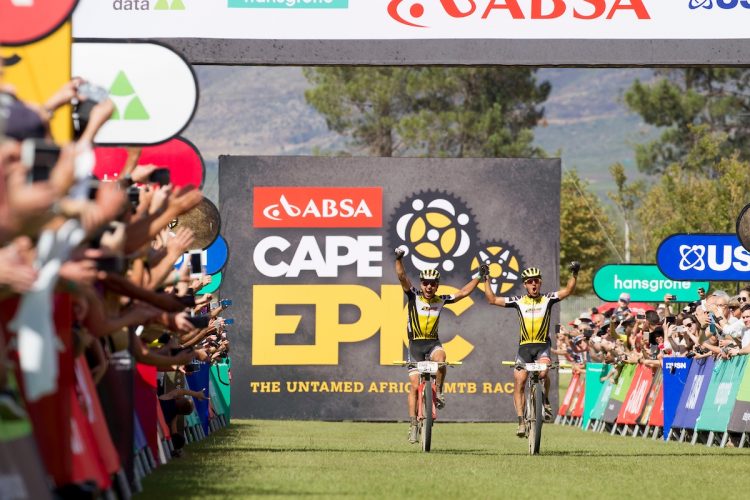 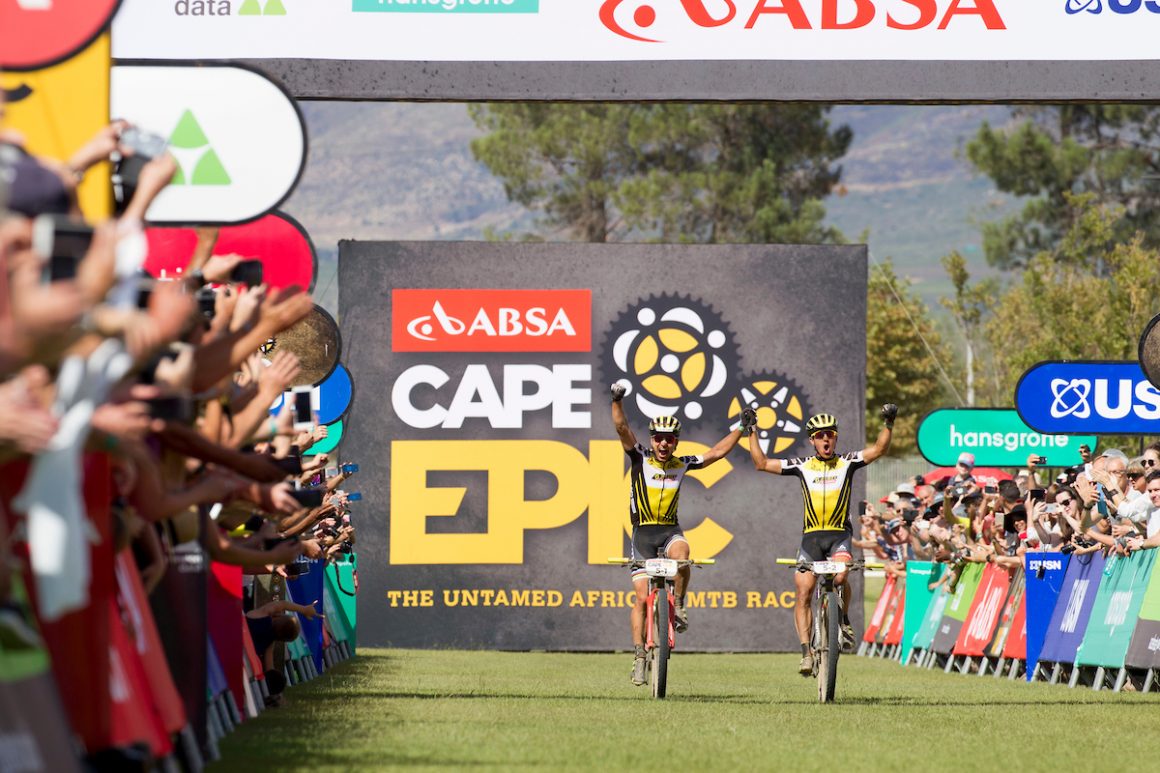 Before he headed to the warmth of the Western Cape ahead of the beginning of his season, Nino Schurter, the 2017 Absa Cape Epic champion, decided to take part in a Nordic Ski race in his home town of Lenzerheide in Switzerland. He finished 18th, just five minutes behind the winner, after a crash had slowed him up … making us wonder, is there anything he can’t do?
The summer heat of his second home town of Stellenbosch, will be the perfect preparation for what he believes is the best way to start the season. Schurter had an astounding 2017, a year in which he utterly dominated mountain biking, beginning with his victory in the Absa Cape Epic, and then following that up by winning all six legs of the UCI Cross Country World Cup and his fifth Cross Country World Championship.
With the UCI MTB World Cup returning to Stellenbosch the week before the Absa Cape Epic, Schurter could set himself up for a repeat of last year if things go his way.

“The new schedule is truly the perfect schedule for me,” said Schurter, who will take part in his fifth Absa Cape Epic. “Having the first World Cup round in my second home is something I am looking forward to and I hope this schedule will remain in the years to come.”

Schurter said the Absa Cape Epic victory, his first win of the year, was a large part of his success in 2017, setting him up from the start with a victory that came as a “wonderful surprise”. Schurter and his Scott-Sram team, had a long-term plan to win the race in 2018. Little did they know that it would kick off a dream season that will become the stuff of legend.

“To be honest, the 2017 season also beat my expectations,” said Schurter. “Winning the Absa Cape Epic already was a wonderful surprise. The World Cup was, for sure, my main goal, but winning all of them was nothing I had planned on. Only when I saw I could be the first one to win five world cup races in a row, did I get some extra motivation to go for it. And after winning five, I said to myself, ‘Why not win them all?’ The icing on the cake was the World Championship at the end.”

“Winning the Absa Cape Epic was the base for the perfect season. It really spiced up the soup. Going to the first World Cup already having a major victory helped tremendously for the rest of the season. It is the biggest stage race to win and something I’m super proud of.”

Schurter will team up with fellow Swiss Matthias Stirnemann once again, while Michael van der Heijden and Andri Frischknecht of the Scott-Sram Young Guns, will be their support team. There are very few teams who can call on a back-up consisting of riders who won two stages on their debut Absa Cape Epic. Schurter said he had been very impressed with their performance, and believes they are definitely a pair to watch for the future. He and Stirnemann have formed a close bond, with Schurter smiling as he recalls how “funny” his teammate can be both on and off the bike.

They had humour, luck (not one mechanical in 2017) and strength in depth, the perfect combination. And now, after the snow of Switzerland, Schurter has the warmth of Stellenbosch. Could a perfect 2018 be on the cards?

* The 2018 Absa Cape Epic mountain bike stage race takes place from 18 to 25 March and the much anticipated route can be viewed here.