2020 Specialized Roubaix Sport Review – Heed the Call of the Pavé 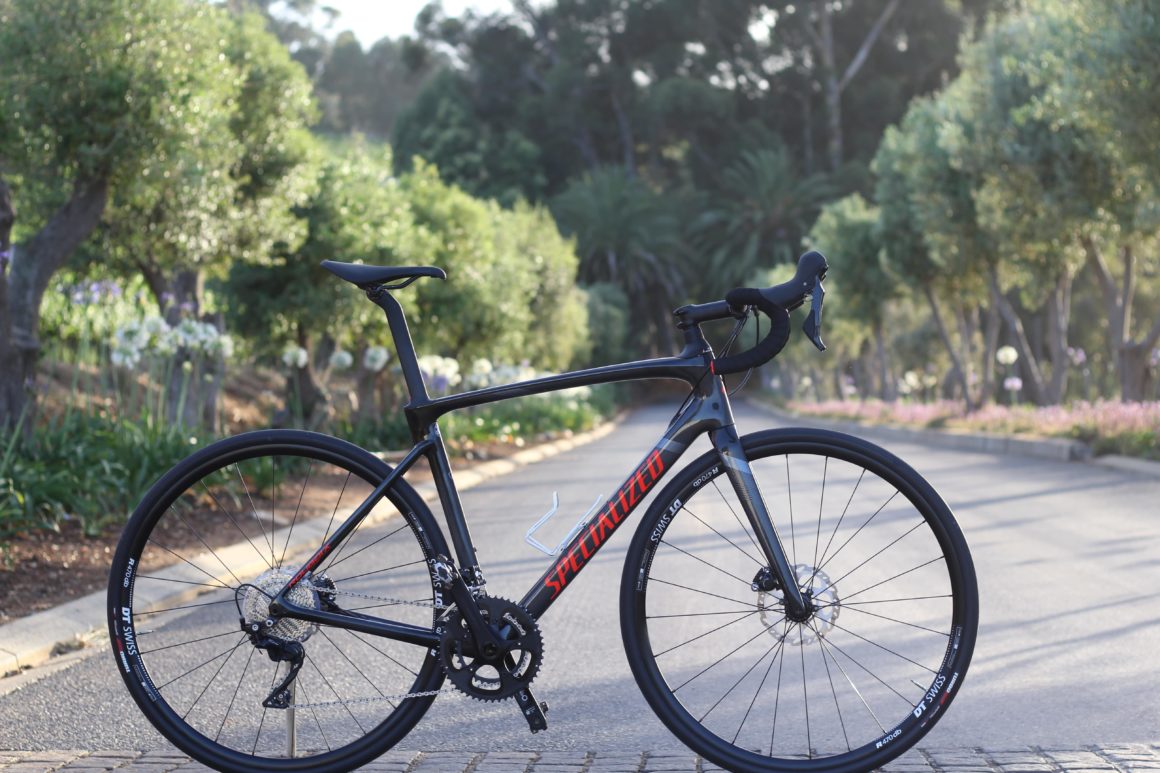 One of the most iconic road bikes in the history of endurance road cycling, has become even more radical. Radical in smoothness and radical in its ability to put the rider first. Almost everyone knows its name, and if you didn’t before, now you do – the Specialized Roubaix. It derives its name from the infamous test of endurance, the Paris Roubaix road race in France.

The race itself has proven over the years to be one for the books and attracts the very best in their class in terms of riders. However, if you’re a road bike manufacturer, Paris Roubaix, is the main hub, where you would get to put any endurance orientated road bike through its paces. Or more accurately, walk your product through the ‘Hell of the North’.

There is one bike though that seems to be able to constantly tame the sketchy roads of Paris Roubaix, and that seems to be none other than the Specialized Roubaix. With 7 victories over the 250km plus one-day race, I was captivated by the bike’s ability to negotiate with uneven terrain, while keeping its rider going faster. For those that appreciate the elegance of good road bike engineering, the Roubaix is somewhat of a perfect specimen. Let’s dive-in to the test!

I was quick to note the Roubaix’s strikingly stiff FACT 10r carbon frame. In areas such as the bottom-bracket, fork and head tube it feels unwilling to buckle under force. Normally, bike manufacturers put emphasis on the carbon in these areas, by adding an extra layer or two. However, it seems that Specialized have broken away from that normality, and somehow somewhere, added to the recipe even further – to make the Roubaix stunningly stiff. All this while keeping weight as low as possible.

Apart from stiffness, the Roubaix’s frame carries another striking feature. Aerodynamics. For an endurance bike, the Roubaix is rather aero. Specialized have carried some of their well-recognized, aerodynamic features over from sister road bikes like the Tarmac and Venge. The Venge being the ultimate aero of all three. The Roubaix resembles the Tarmac’s frame, in its front triangle profile, except with a wider fork and slightly thicker seat-tube. Then the aero-foil design on the top-tube and head-tube are undoubtedly inherited from the Venge.

Made for the Long Haul

The 2020 Specialized Roubaix is made for the long haul. Long days and unpredictable roads are where it and its rider thrive. The bike is one of the few road machines that have a separate shock-absorber unit integrated with the frame. This engineering feature is accomplished by none-other than Specialized’s Future Shock 1.5 technology. Which, through 20mm of travel placed in the steerer of the fork, takes major strain off your arms when rolling over jarring roads – a perfect match for the infamous coble pavements in the Paris Roubaix.

Secondly, there’s the trim and slim S-Works Pave’ seat-post. Its one of the few that exhibit a D-shaped aerodynamic design and compliance. All in one package. The way the road bends is the way the seat-post bends, thanks to its flexible nature brought on by the seat-tube.

The wheelset Specialized chose for the Roubaix is also worth mentioning. On this model (the Roubaix Sport) I had a set of DT SWISS R470 Disc wheels. Which I was really chuffed with. DT SWISS are a premium brand, however more and more the company is introducing somewhat less expensive – but still high in quality – rims. Some alloy and some carbon. These were alloy. Nonetheless they don’t exceed 450 grams per rim. Joining forces with the DT SWISS wheel build were Specialized’s Turbo Pro tyres, which are slightly wider than your average road bike tyre, at 28mm.

After a few adjustments to the saddle and setting the bike up, it was finally ready for its maiden voyage (with me that is). At first it took some time to come to grips with the fact that there was a shock absorber in the fork steerer, and that I didn’t have to “brace for impact” every time I hit a pothole. Specialized have upped their game with the Future Shock 1.5. The previous version I rode was on a 2018 Diverge gravel-grinder and I remember the shock itself being a lot bouncier. This 2020 version seems stiffer, and doesn’t create that springy, after-bounce effect. This is particularly helpful when you’re locked in a sprint, and don’t want to feel like your hands are floating around. For the likes of Paris Roubaix though, the Future Shock 1.5 is ideal, being able to keep fatigue away from your arms over cobbles.

The bike was stiff, apart from the compliant seat-post and Future Shock. This led to great climbing and handling on ascents. Finding your own ideal zone on climbs (and especially long ones) is important and knowing this, Specialized made the Roubaix able to keep you comfortable and in your zone with the Body Geometry Power Sport saddle. The reach to the handlebars was also not too long, so I could easily focus my energy where it was needed.

As the old saying goes, the wider the tyre the better. The Specialized Roubaix provided an enjoyable and stable ride, thanks to its 28mm tyres. Though there was more rubber to steer, the bike’s cornering ability was pure gold. I was extremely confident in how fast the bike could corner, with a contingency plan of tapping the hydraulic disc brakes if the speed got out of control.

On the final score sheet the Specialized Roubaix has earned my approval. While I wouldn’t pick it as a race weapon for a short drag race, it would rather be my choice for a race that measure kilometres in tonnes. Races such as the Paris Roubaix. Mainly for its somewhat unique approach to endurance and combining comfort with acceptable aerodynamics.

In terms of model line-up in South Africa, Specialized are offering 3 different base models and a complete custom frameset option.