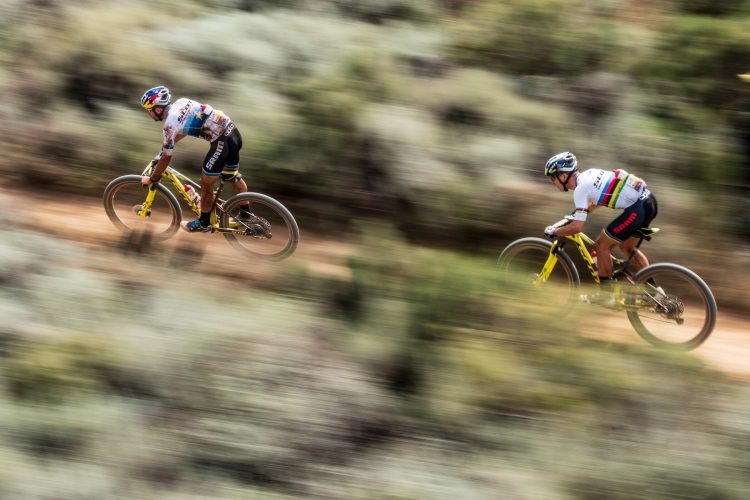 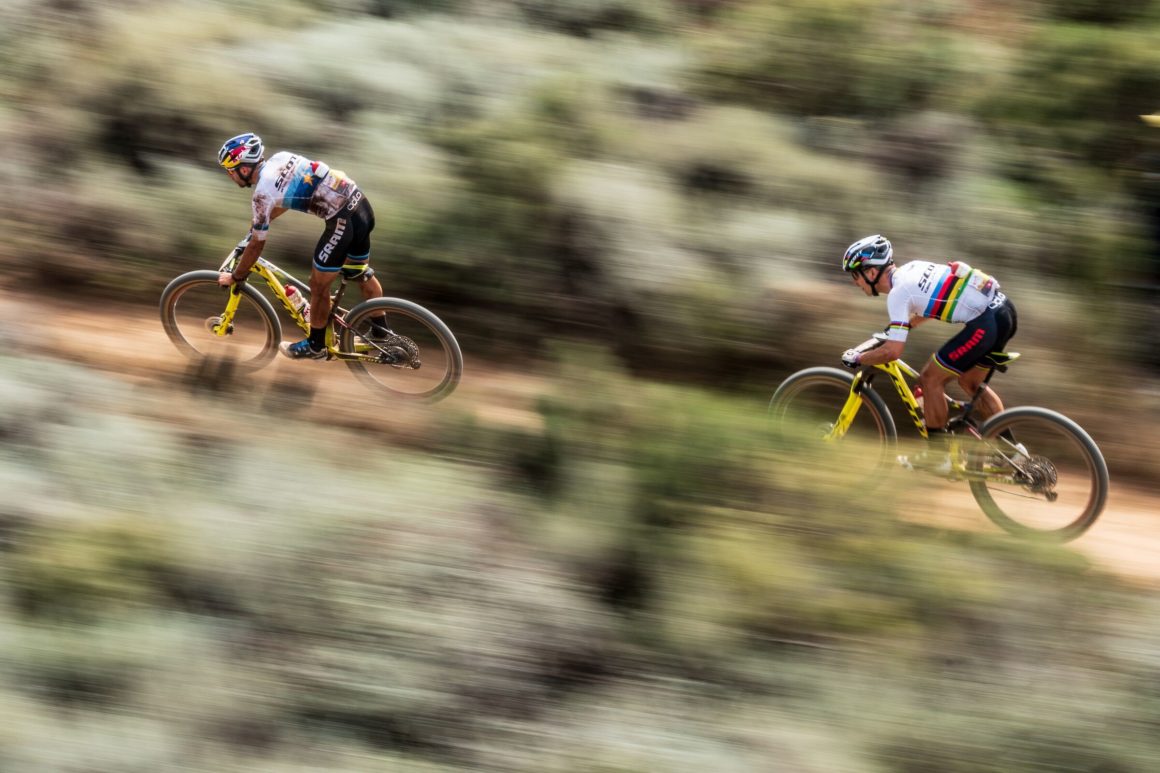 In 2019, SCOTT-SRAM MTB-Racing’s Nino Schurter and Lars Forster stormed to victory in the Absa Cape Epic. This feat was made more remarkable by the fact that they lost 6 minutes and 45 seconds to a major puncture on Stage 3. For 2020, the Swiss duo return to defend their title, with the added insurance of two world-class support teams.

Their quest to secure Schurter’s third title, in The Race That Measures All, sees the eight-time Cross Country World Champion and his former European XCO Champion partner supported by Andri Frischknecht and Matthias Stirnemann, who will be racing as SCOTT-Möbel Märki. Stirnemann was Schurter’s partner for the 2017 and 2018 editions of the Absa Cape Epic. As a pair, they won the former while Stirnemann’s illness-enforced withdrawal scuppered SCOTT-SRAM MTB-Racing’s dreams of defending the title in 2018.

Having seen first-hand, when Forster punctured in 2019, the benefit of having a strong support team, the squad is leaving nothing to chance in 2020. “It always gives you a good feeling when you have another mate around; for sure you can do better and bigger tactics together” Forster pointed out.

His sentiments were echoed by Andri Frischknecht: “The back-up team is always a big part of the success. Mentally you know they are there if you have a problem, and physically, they help you to be at the finish faster.” Frischknecht and Stirnemann will not only help their stablemates finish faster and provide spare wheels or mechanical assistance in the case of an emergency, but they have the experience to share too. When they toe the start line on the 15th of March, it will be Frischknecht’s fourth Absa Cape Epic and Stirnemann’s third. Though both have a DNF to their name, knowing what not to do and the importance of setting out into the African hinterland healthy, will stand the squad, as a whole, in good stead.

The bitter memory of 2018 has Stirnemann motivated to help Schurter and Forster defend their title in 2020. “I think defending a title is always harder” the 2017 Absa Cape Epic winner stated. “Everybody handles pressure differently, but for me, the pressure doesn`t matter much. After 2018, where I had to leave the Absa Cape Epic as the defending champion after Stage 1, I always wanted to come back and give it another try.”

While one back-up team is a huge benefit, having two is undoubtedly advantageous. Severin Disch and Florian Chenaux, both decorated international mountain bike racers, will line-up at the University of Cape Town to represent SCOTT-SRAM MTB-Racing, but under the SCOTT-Davos banner.

The SCOTT-SRAM squad’s super-star and the sport’s most decorated champion likewise feels no additional pressure, but for a different reason. “The pressure is there no matter where I go to the start line” Schurter explained. “This will be no different at the 2020 Absa Cape Epic. It is a clear goal for Lars and myself to defend this title. However, so many things can happen during eight long days in Africa. We need to have luck on our side. It sure looks like a tough Absa Cape Epic route next year. Tougher even than the previous years, perhaps. The key will be to be consistent over the whole eight days and not just focus on one particular stage.”

After the team’s fierce battle with Cannondale Factory Racing in 2019, Schurter was keen to downplay any talk of a repeat of that rivalry in 2020. “Each race is different and the biggest competitors do not necessarily need to be the same ones” he identified. “We will see how the race unfolds and which team we have to watch the most.”

The burning question for many mountain biking fans is how the Absa Cape Epic will fit into the Cross Country specialist’s calendar in an Olympic year. Having not taken part in the Race in an Olympic year before, there was some doubt as to whether Schurter would return to defend his title. “The Absa Cape Epic in March will hopefully help give me a strong foundation for the season to come,” the Rio 2016 Gold Medallist said. “At least it worked out last year. Between March and end of July, there is still time to specialise for the XC races.”

Slightly further back in the field, Team Owner and Manager, Thomas Frischknecht will be racing for Grand Masters Category honours alongside Urs Gerig. The pair has experience aplenty and will guide the SCOTT-SRAM MTB-Racing stable from a Management and decision-making position as Team SCOTT-SRAM Old Dudes.

The Absa Cape Epic kicks off on 15 March 2020 and riders will need to overcome 647 kilometres and 15 550 metres of climbing between the University of Cape Town and the pristine lawns of the Grand Finale at Val de Vie Estate. One thing is for sure at the 2020 Absa Cape Epic: the racing at the sharp end of the field is going to be relentless as the World’s top mountain bikers lay it all on the line for the honour of standing on the top step of The Race That Measures All’s podium.