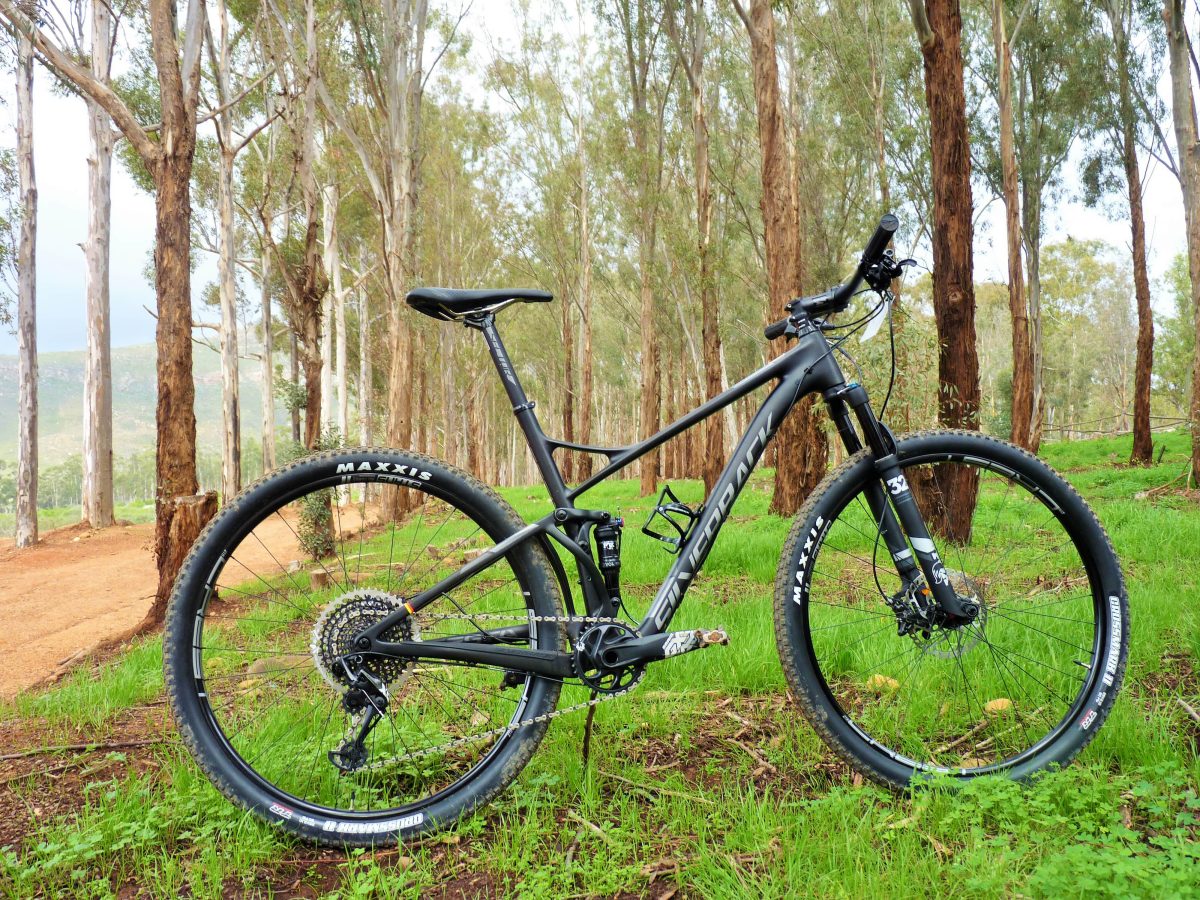 The 2019 Silverback SESTA Pro Eagle, is packed with tonnes of concentrated speed. It lives up to Silverback’s ‘born to be fast’ mantra, in absolute style. And for 2019, the brand has pulled out all the stops in technology, to get you as the rider on that No. 1 podium spot!

This is the SRAM Eagle iteration of the SESTA Pro series. 12 gears strong, and its geared up for hard, heart-pumping XC racing and untamed stage races like the Absa Cape Epic. 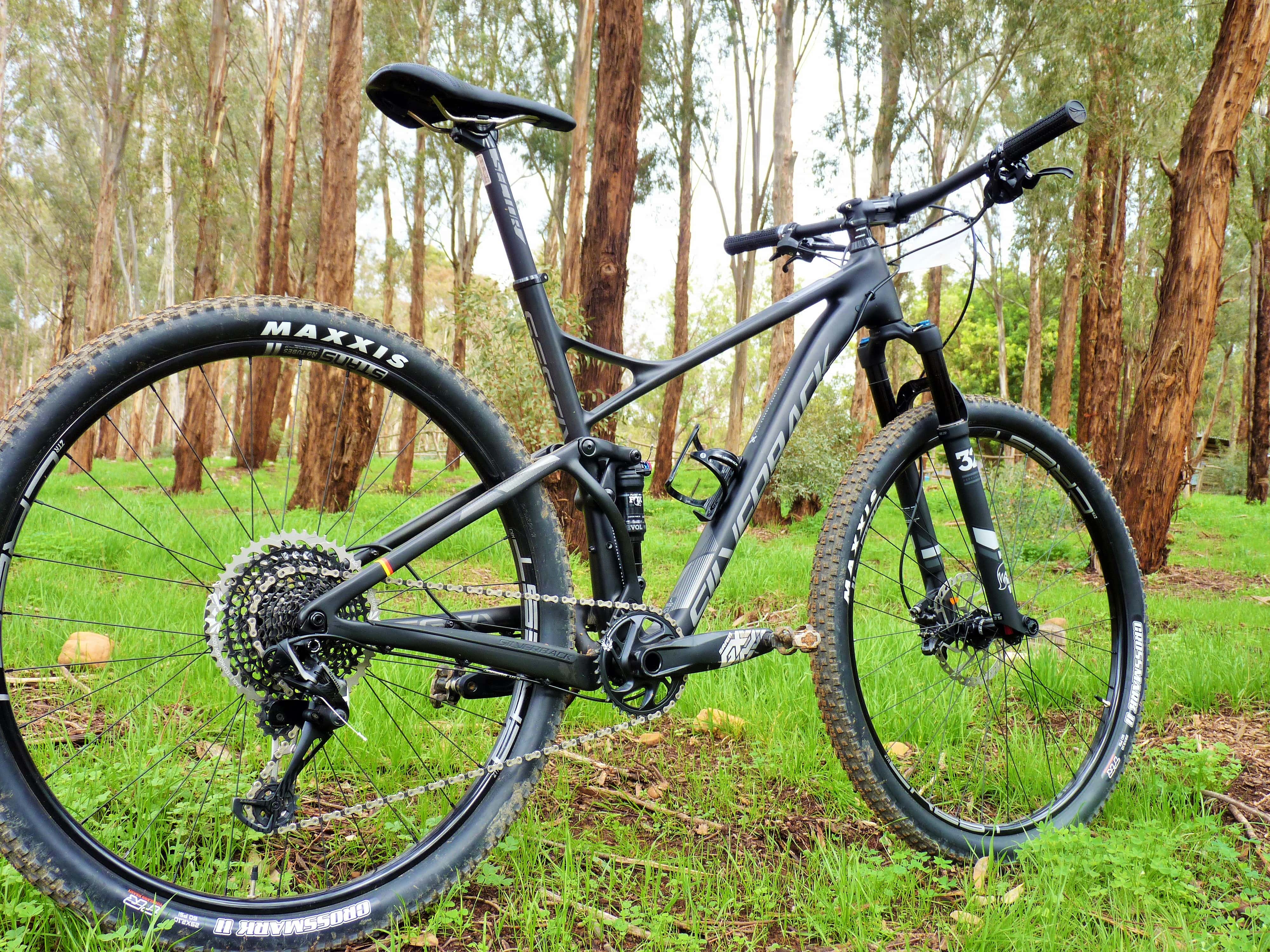 Silverback extended their engineering, to supply the 2019 SESTA PRO in a fully carbon fibre frame. From the main triangle, down to the suspension linkage – everything on this frame is made from carbon. Overall, the frame material provided some aggressive stiffness.

The suspension, featured Silverback’s very own BURTS technology – which Silverback won a EUROBIKE award for in 2014. This technology enables the shock itself to be more sensitive to small bumps. However, larger impacts on the suspension are also made less thrashing, and help keep you stable at high speeds. 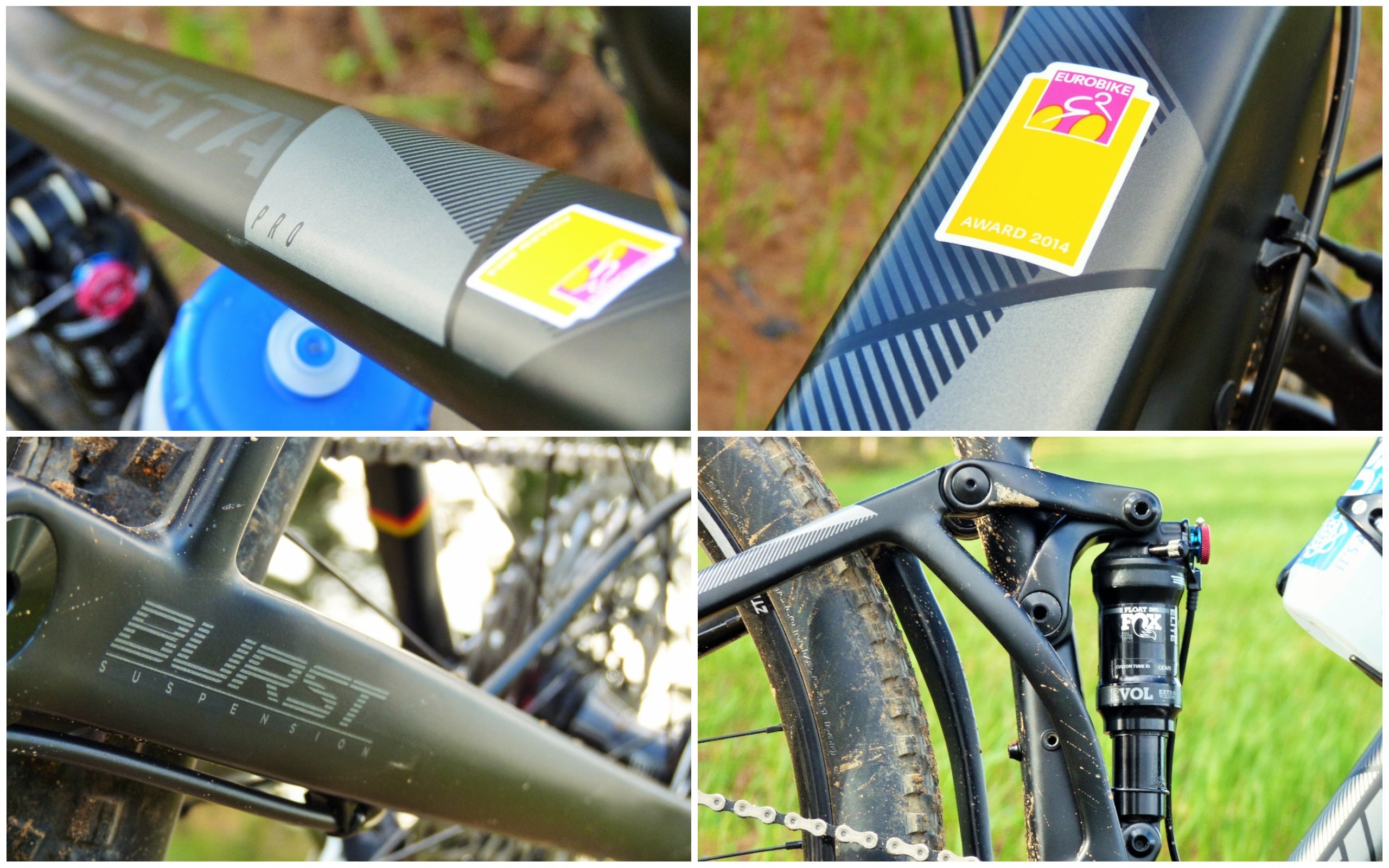 Silverback also included a solid chain stay protection rubber on the rear triangle. To make sure your bike will last as long as you do. While the brand has not spotted internal cable routing on the SESTA Pro, we reckon Silverback has something up their sleeve regarding this, and it will be revealed in the near future.

The 1×12 SRAM Eagle drivetrain, consisted of an XO1 Eagle rear derailleur, XO1 Eagle 12spd cassette, GX Eagle crank set, and shifters. The XO1 Eagle drive-train units, are much lighter than the standard GX Eagle units. Which explains the blend between the two SRAM drive-train series’.  We rode a 34 tooth chain ring upfront. And had a wide-spread gear ratio on the cassette at the back. The entire gear system was certainly snappy enough to get us up technical climbs, and down the other side at good speed. 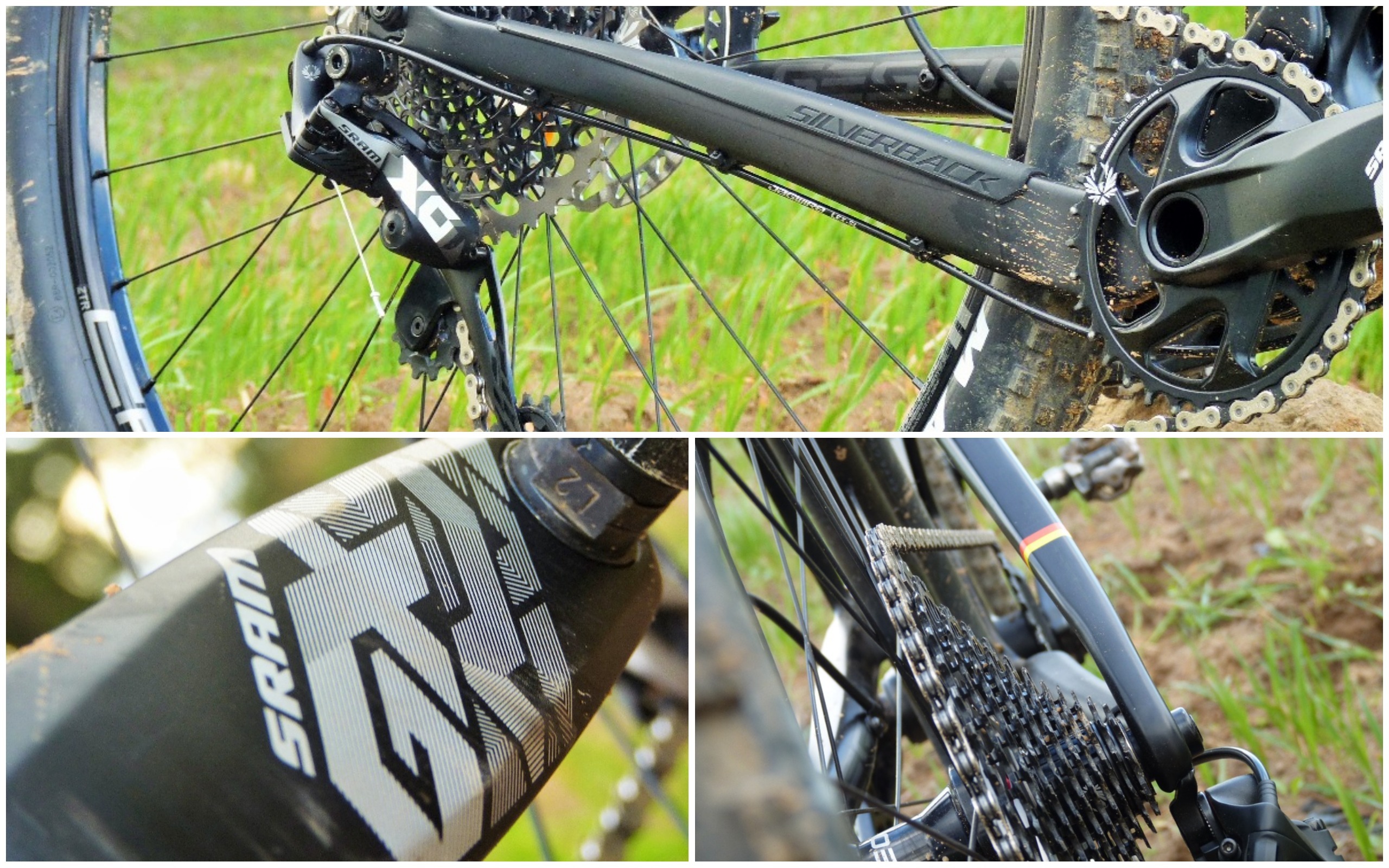 The FOX Performance 32 Float suspension fork featured lightweight StepCast technology, and a cosy 100mm of travel. It eliminated all our fears of technical obstacles, with its stable and lightweight performance.

For the rear shock, we once again had a FOX Performance Float shock with 90mm of travel. Fox’s EVOL air sleeve amplified that 90mm of travel and made it feel like 120mm. Both shocks (front and rear) had simultaneous remote lockout. For which the lever for that could be found on the handlebars up front – which was extra convenient for us as the rider. 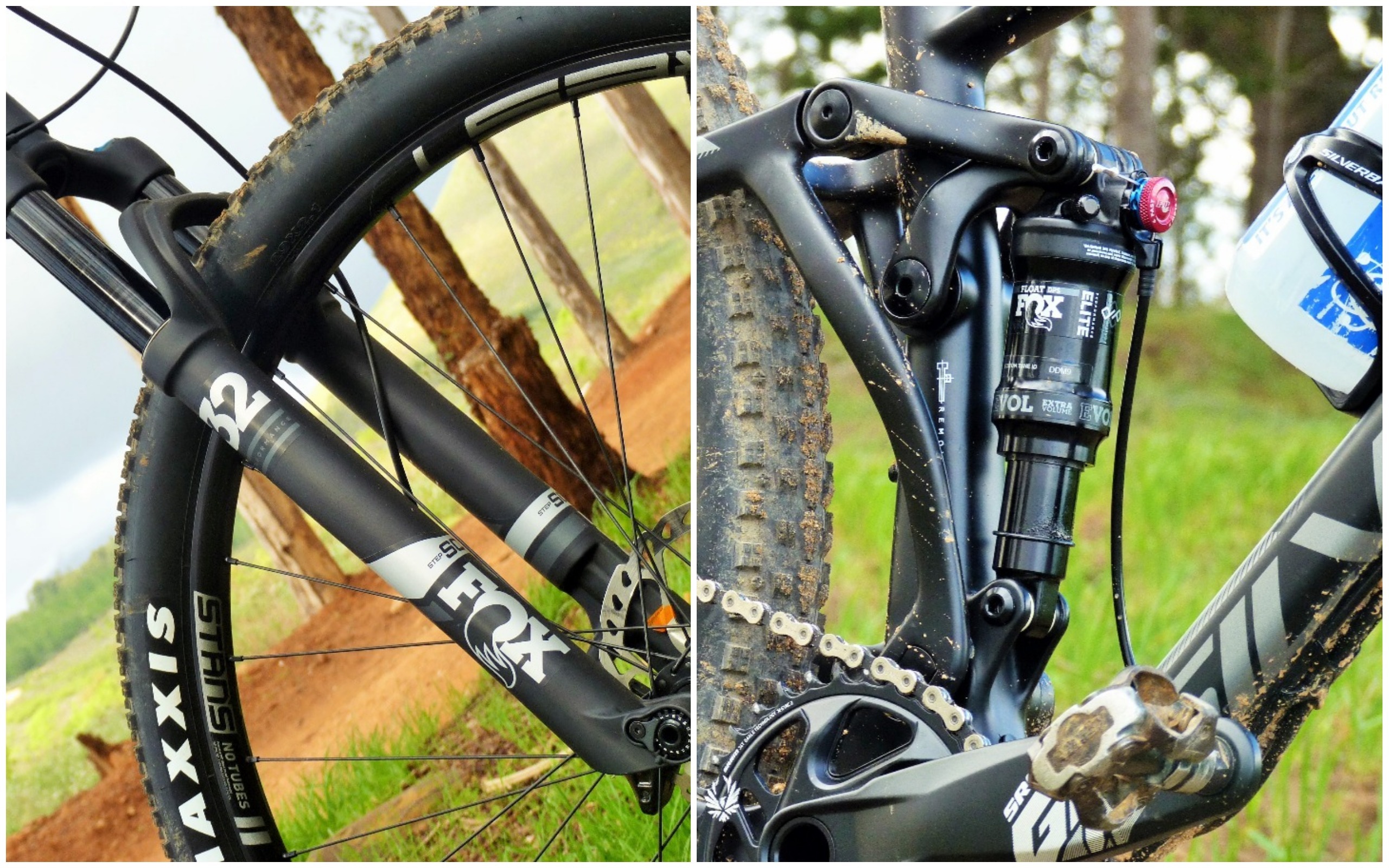 The wheels of the SESTA PRO, were none-other than Stan’s NoTubes ZTR CREST MK3 rims, with Stan’s NEO hub-set. With a wider rim, the wheels were naturally stable, and promoted stiffness.  Then, keeping the grip steady on the trail, was a pair of Maxxis Crossmark 2 tires, which was a great addition to the already bar-raising 2019 SESTA.

No matter which point of view we took, the Silverback SESTA Pro’s geometry game was on point. The 71-degree head-tube angle alleviated much pressure on our arms, for some quality handling.  The handlebars also had a decent back-sweep of 9 degrees, to provide a comfortable hand grip over the bars. On the other hand; the bike itself encouraged aggressive pedalling with its 74-degree angled seat-tube. 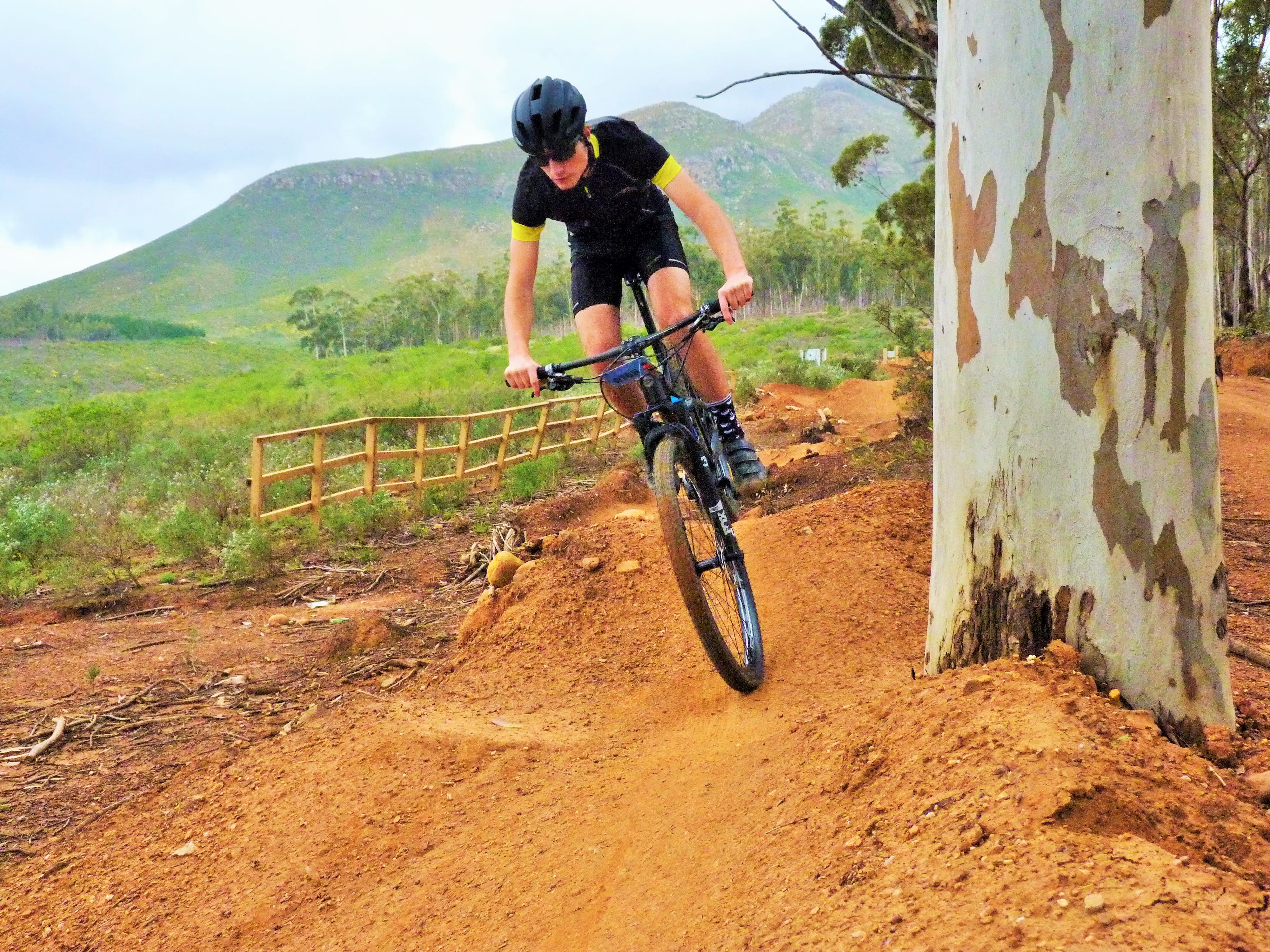 All the energy saved from the SESTA’s light-weight frame and geometry, allowed us as the rider to churn out the pedal watts, excessively! The bike felt responsive to pedal uphill. Silverback’s unique approach to the design of the suspension also eliminated that pedal-bob effect and therefore we felt no energy loss when turning the cranks.

The SESTA Pro frameset and wheel-set provided great stiffness on climbs, and delivered some good traction. Even when the back shock was open, the bike showed no sign of hesitating on the steep inclines. Together, the wheels and suspension design helped us climb with stability and in an aggressive manner.

Comfort levels remained high, thanks to Silverback’s Sector Performance saddle. And though the back shock only had 90mm of travel, it still brought that, conservative, marathon flavour to the SESTA’s overall performance. 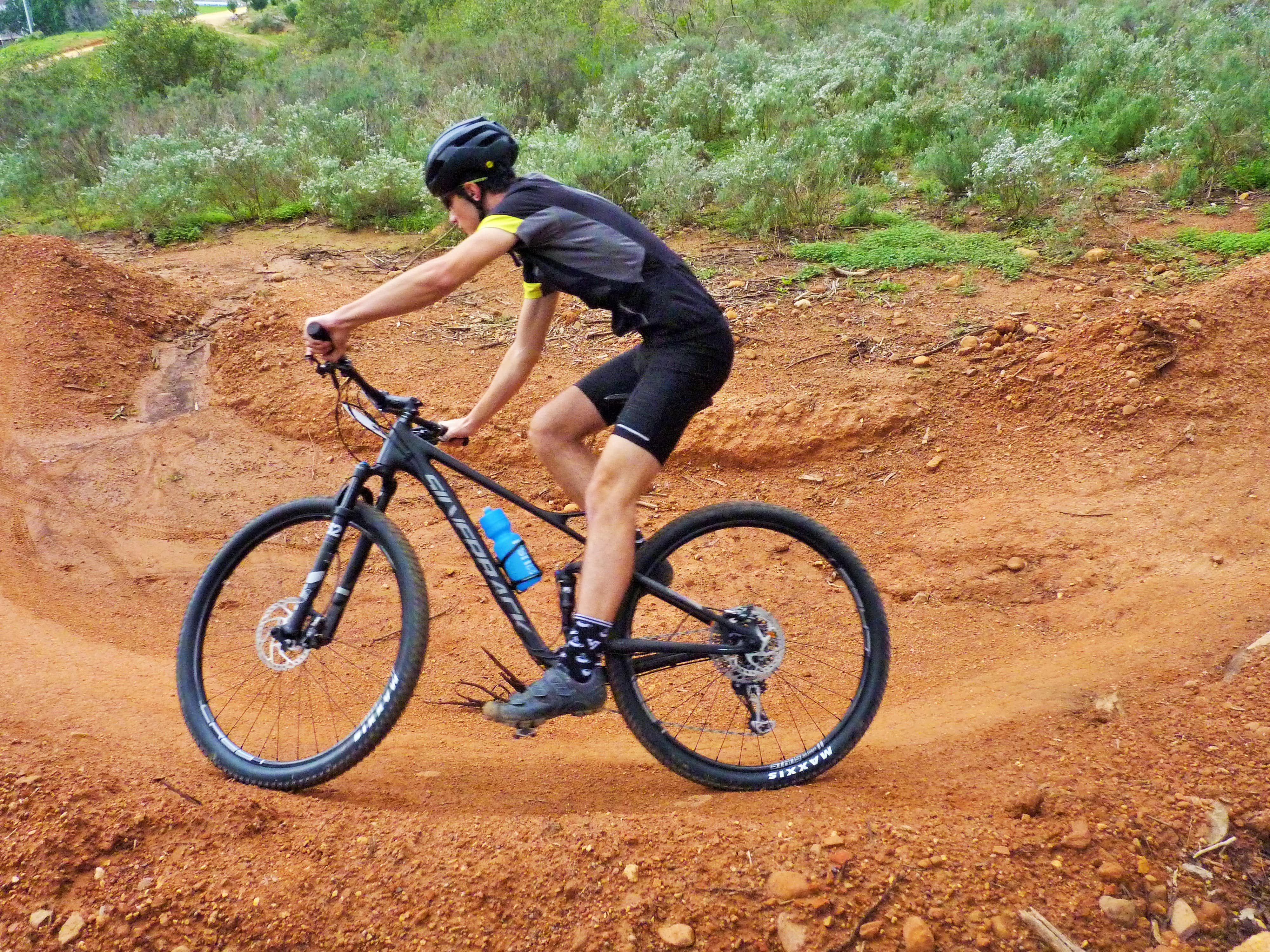 As previously mentioned, the SESTA’s steering was spot on through technical terrain. When we had been ridding for a long time, the bike still managed to maintain that same feel for manoeuvrability. The condensed frame design, made switch-backs more fun to ride through as well.

Though the Silverback SESTA Pro was low-down fast on our test terrain; we found that taking huge drops on descends, were less daunting. Silverback’s BURST suspension technology kept us confident and fearless. The Fox Performance Elite Float rear shock cushioned anything we didn’t fancy. The FOX 32 fork up front also showed off its forgiving design, by naturally flowing over bumps. While ensuring the front part of the bike would stay nimble at all times.

Silverback have maxed out cross-country functionality on the SESTA Pro Eagle. By including simultaneous remote lock-out for both shocks, we could concentrate properly on going faster. Once we locked the suspension the SESTA become remarkably solid. While on the other hand, when we opened the shocks, the bike was brilliant at keeping a smooth flow along craggy the trail. 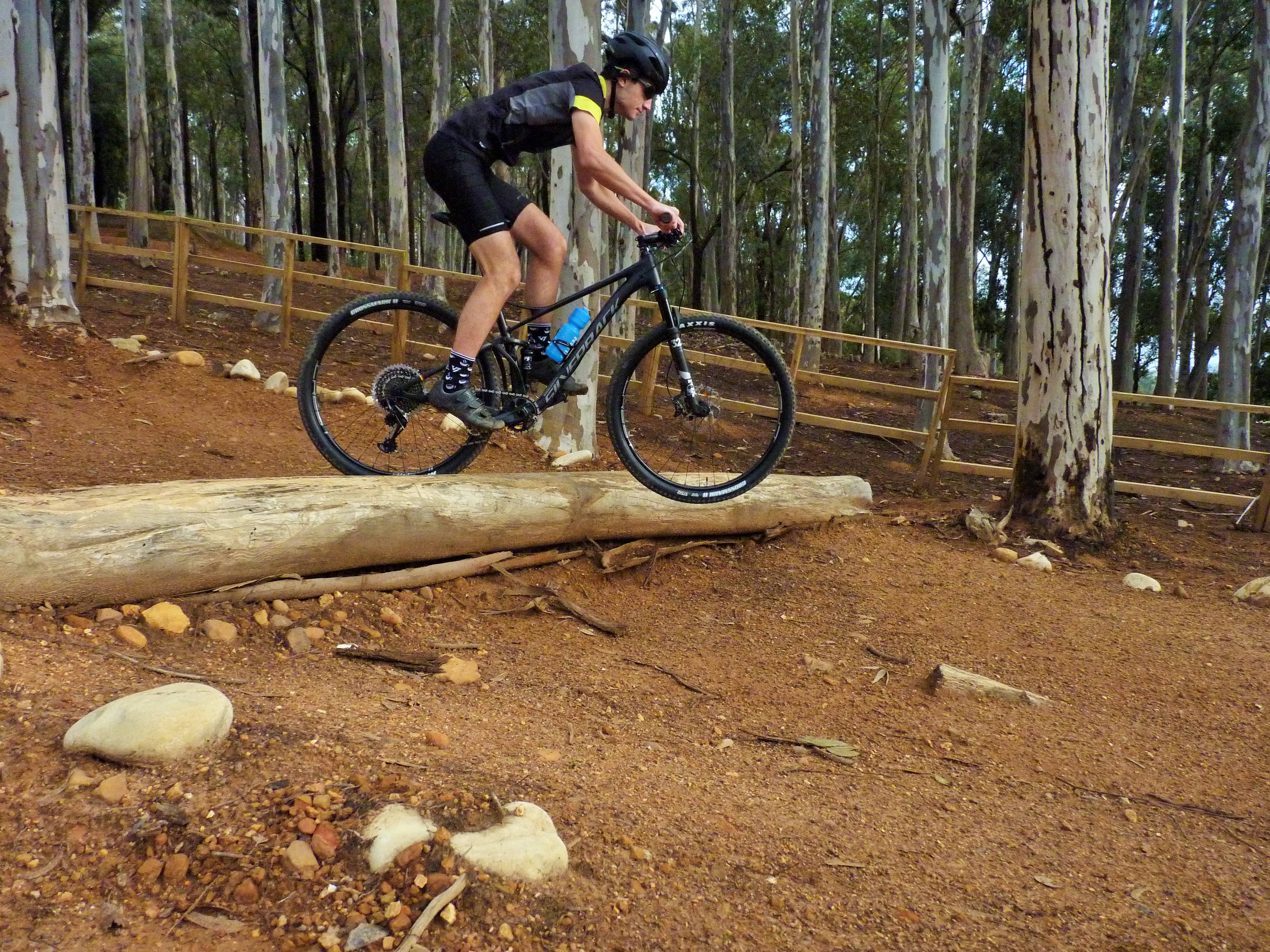 Overall the 2019 SESTA PRO Eagle, was lightweight on climbs, quick and nimble on descends. And an exceptional energy saver on the long rides. We’d say get the SESTA PRO Eagle if you want a XC/Marathon bike that’s superbly reliable to dominate.

This SRAM Eagle version of the SESTA Pro was exactly what we were gnawing patiently for! But the wait is over. From now on we have found a bike that delivers concentrated mountain biking speed, with no hesitation!