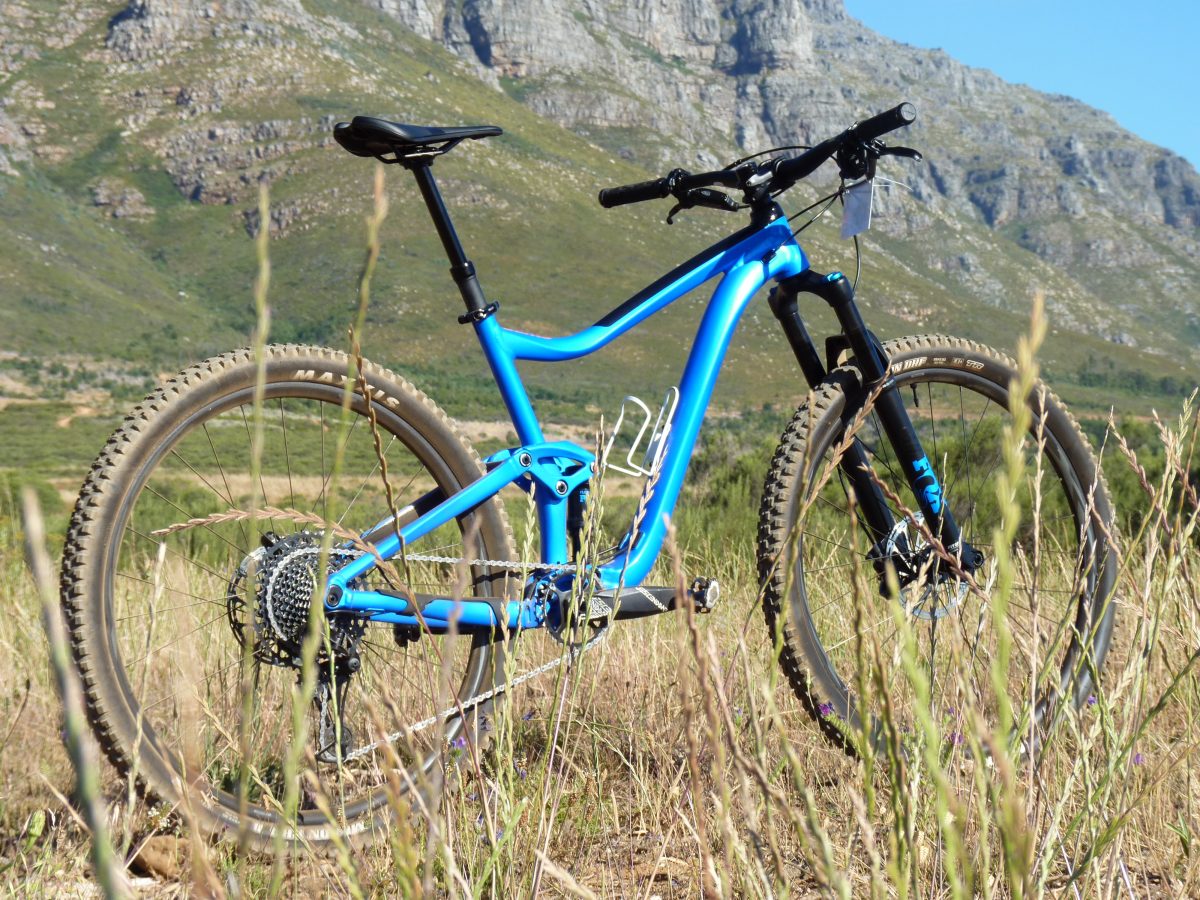 The 2019 Giant Trance has quickly earned its place amongst the heroes of dirt – as one the most capable trail bikes in town. With a good track record in parts of Australia, South Africa, and slowly creeping on to the European market, the bike can literally take on any type of terrain. From steep, to rocky, to dusty, Giant has their riders covered. And if you don’t own one yet, maybe this will convince you!

We were quite surprised to discover that the Trance 29 2, which was the one we tested, is superbly balanced-out. Despite having alloy for its frame material. In fact, it was amazing to feel just how flowy the Trance is. Sweeping between berm to berm, the bike keeps you in-tune with the trail. However, its strong-point was not only single track, it’s also good for climbs – if you don’t mind putting in a little more effort. In essence the Trance 29 can be used and abused by all-day senders, and weekend warriors, looking to tame the roar of mountain biking.

Giant have placed one of their most successful alloys on the job of keeping the Trance 29 2’s frame intact. The tubing of the frame is certainly quality, and can take a hit. Speaking of hits, most of Giant’s full suspension bikes are designed with Maestro suspension technology. Which puts the pivot of the rocker-arm at a lower leverage for the swing-arm to pivot over. In return this makes the 115mm of rear shock travel that much more responsive.

The Giant Trance 29 2 features a FOX Float 34 Rythem fork, and while this is one of FOX’s entry-level forks, it still does the trick. Like most of the Trance models, this fork has 130mm of travel with GRIP damper technology. On the back-end of the bike, Giant have placed a FOX Float DPS Performance rear shock. It’s certainly not rocket science; if you give a bike good amounts of travel, you can bomb downhill and get away with it. And that was exactly the case with the Trance.

On the pedal crunching side, this particular Trance runs a stock-standard, SRAM NX Eagle drivetrain. Not too long ago SRAM introduced this drivetrain as a quality, budget-friendly, entry level 1×12 gear set. So far it hasn’t disappointed, and pairing it up with a sturdy stead such as the Trance, was brilliant! The extra 12th gear in the cassette really worked well to get us up and over climbs.

Giant offer a 27.5-inch wheel Trance and a 29er version. This is mainly because for a while, Giant believed firmly in the 650b concept. However now and at the beginning of 2018 the brand slowly started introducing 29er models again. In fact, they brought in 2.3 inch tyres too, and slapped it on the Trance 29er. Blending together with BOOST hubs Giant have certainly comeback strong with their 29er game on the Trance.

Don’t let the 44mm fork offset fool you! This bike still packs a lot of trail fun. You’re able to position yourself well towards to the back of the bike, thanks to the 66.5-degree head angle and 74.5-degree seat-angle. Agile, and easy to control – just the way anyone prefers a trail bike to ride.

As mentioned above, the Giant Trance has two sides to its story when It comes down to wheels. 29 inch and 27.5+ wheels provide different bike feels throughout the track. Since the Trance can switch between the two sizes simply with a swop of wheels and change of cassette; we decided to play around on both wheel sizes. The 29ers proved to be better for climbing and longer rides. While the 27.5+ wheels were slightly better for the downhill sections of the trail. Simply because it made the bike easier to steer with its shorter wheel base and added confidence with its wider tread.

Looking at the Trance 29 2 as an overall trail bike its very well balanced. It aluminium frame does tend to subtract a bit from the bike’s playful manner, due to a heavier build. The suspension though, counteracts this, with its infinite travel feel when it comes to soaking up the rugged trail. It’s safe then to say that the front and rear shocks did provide that aggressiveness we were looking for; both on climbs and descends.

The Giant Trance was a bike that simply flows! There’s a certain solemn and stable feel about it when treading along single-track. It can handle tight corners, and doesn’t swingout on looser turns. Traction and geometry played a vital in giving the bike that punchy ride feel, and you never feel as though you’ve taken a knife to a gun fight. It’s got all suspension and grip to let you take on anything.

In summary the 2019 version of the Trance hasn’t changed much since its inception – in terms of its DNA. The bike inspires a “ just ride ” attitude, which is the main reason we enjoyed it so much. With the Trance 29 2 bike model you can get that trail you’ve always wanted, plus 29-inch wheels, at a price that’s acceptable in the eyes of buyers.