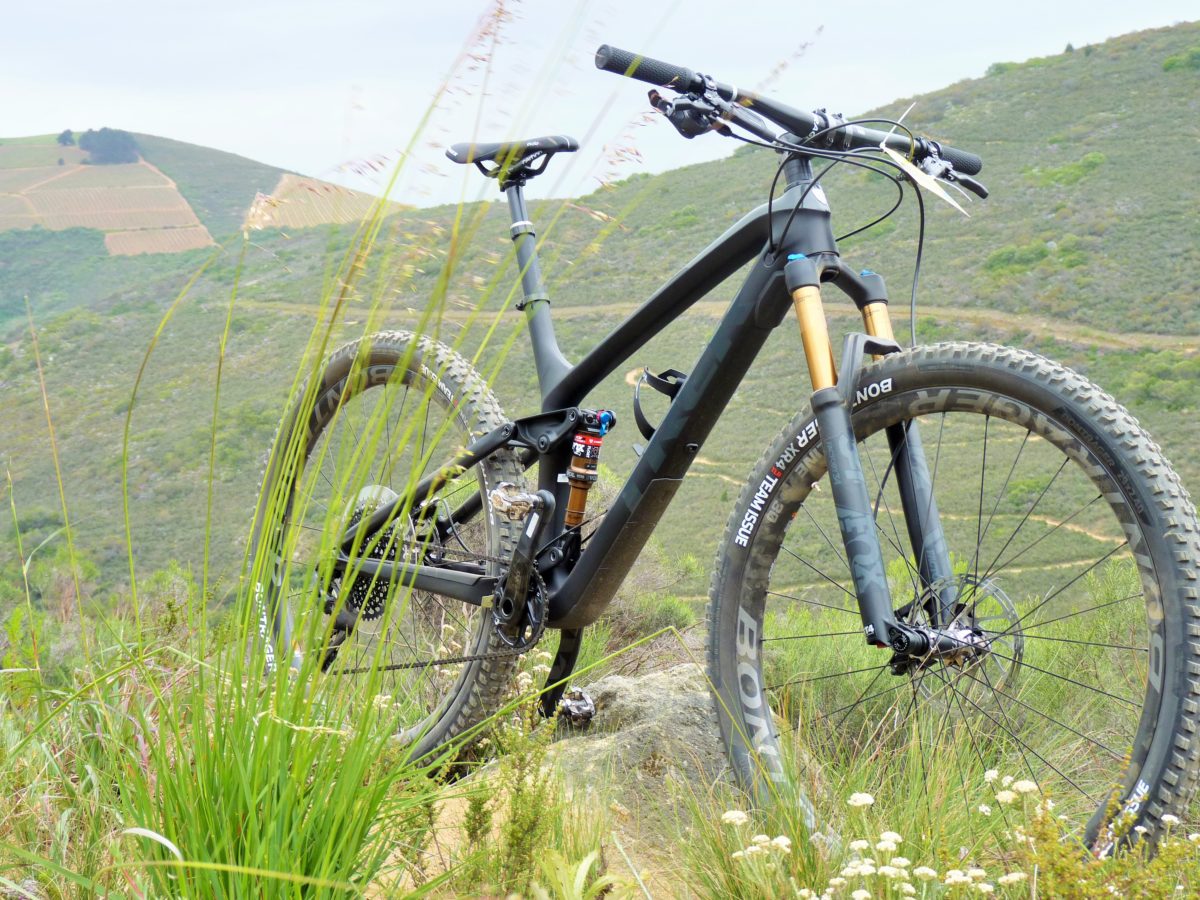 The 2018 Trek Fuel EX 9.9 took the trail as its victim. Slashing through corners and making cake out of descends! Its precise and intentional drive, earned the Fuel EX 9.9 a name that even we would not soon forget; The Dark Knight of Mountain Biking!

To describe the Trek Fuel EX 9.9 even further; I’d have to say that it’s the strong silent type. Except on the downhills, then it’s simply locked in pure savage mode. Riders looking to hold speed on their crusade, with benefits of a XC bike and aggression of a Trail bike, are the target market for the Fuel EX range. I certainly found it strongly compelling, coming from a cross-country perspective.

The Fuel EX 9.9’s frame naturally lived up to its name. Trek’s quality exhibited through their carbon is nothing short of fantastic! OCLV carbon forms the frame, delivering stiffness to all areas of the bike. The stiffness-to-weight ratio was strongly felt on climbs, as the bike was easy to navigate upwards and channelled every watt into relentless productivity on the drivetrain side.

Trek also took measures to ensure the frame will stay looking brand new, with their Carbon Armour. This protection was effective; I hardly heard any stone make that cringing sound against the carbon, when flung towards the carbon. It’s also lightweight and minimalistic, as far as carbon shielding goes. One main piece of armour shielding the down-tube and bottom-bracket area, and another on the chain stay. I particularly liked the way the protection was integrated to suit the frame’s aesthetics.

Next up, on the Fuel EX 9.9 frame was Trek’s Full Floater suspension system. This system was fully functional, thanks to the great stiffness-to-weight ratio provided by Trek’s new Straight Shot design on the down-tube. The floating aspect of the suspension truly made the bike feel as if it had 150mm travel! It’s just that effective!

To name the back shock; the FOX Factory Float EVOL with 130mm travel. The features on this shock were quite beneficial, especially Trek’s new Thru Shaft damper design, which allowed the shock to compress and rebound without the lag of a normal shock. Thus making the shock more effective at absorption. Trek wouldn’t design the back shock without their RE;aktiv technology either. RE;aktive kept the shock in control, by eliminating any bobbing movement during pedal strokes.  With these shock innovations from Trek, I personally could ascend and descend better, as I had more confidence and kept my line on the trail.

FOX’s Factory 34 Float was the weapon up front, soaking up anything that I didn’t fancy. The Kashima Coat on the 130mm shock provided that extra buttery smooth feel on every compression and rebound. It also aids the 3-position FIT4 damper by FOX, as it can now do its job more effectively. Overall, the fork was light-weight, forgiving, and acted with intention to help the bike roll over bumps a lot faster. It was also very stable on the downhills, due to wide, muscular design of the chassis.

I would never trade a set of Bontrager wheels for anything on this planet! They are absolutely brilliant! This particular set on the Fuel EX 9.9 was their Line Pro 30 model. Constructed out of the already reliable OCLV carbon, the pair of wheels, were light-weight and sturdy. The Line Pro 30 definitely spurred on my confidence, with its wide rim and depth design.

The Boost 148/110 hubs also allow you to run extra fat tyres, for instance, 2.4 inch tyres on the Fuel EX 9.9. The tyres combined with the rims gave way to a wider surface area where the bike met the ground. Once again, encouraging confidence through stability. Pedal power transfer was well sort after, with the Rapid Drive technology on the hubs. I think the get together of stability and an efficient set of wheels, were the origins of my confident speeding.

The Trek Fuel EX 9.9 came out with a 66.2-degree seat-tube angle, and 67.7-degree head-tube angle. Quite enjoyable geometry if you ask me. I felt less clustered to sprint down descends, and when ascends approached, I settled back into a comfortable climbing position. The versatility of the bike exhibited through the geometry was always almost at play.

Further highlights on the geometry side of the Fuel EX 9.9, include a bottom-bracket height of 34.4 cm. That’s enough clearance to get over pretty much anything, from rocks to roots. The custom offset on the fork, was also something that caught my eye. It enabled a good handling aspect over the front wheel.

The Ride – The Trail Raid

The 2018 Trek Fuel EX 9.9 definitely had its perks on the ride. For example, on downhills, the bike handled more aggressively than the average trail bike. I can only think this was because of the mix between XC and Trail bike geometry. Trek’s choice of width for the handlebars, and length of the stem promoted easy steering along those ever tempting berms. I felt in control over the bike, especially with the suspension acting so forgivingly underneath me. Then to top the descends off, I experienced some incredible and relentless stiffness from Trek’s carbon frame and wheels. Worth a round of applause, for sure!

Some of the more practical ways that the components of the Fuel EX 9.9 advanced my riding; was firstly through the gear ratio. The bike was a blessing to pedal uphill and through technical sections. However, since the gears promoted easy pedalling, it meant that I couldn’t get up ascend with that much haste. Secondly, the 130mm travel on each shock meant that I was able to maintain a balanced centre of mass over the bike. Even when standing out of the saddle. This instilled good sprinting on flat sections. Thirdly the 2.4 inch tyres did make navigating through rock gardens a slight challenge. Instead they only wanted to roll over the rocks instead of around them.

On the ascends the Trek Fuel EX 9.9 proved itself to be a familiar climber. The OCLV carbon frame showing particular dominance in this area of the trail. While I couldn’t climb at high speed, the bike did offer some comfort in the pain cave, where the short chain-stay enable stable climbing. Rather than the usual indecisiveness of some other trail bikes.

All-in-all, the 2018 Trek Fuel EX 9.9 had that mobility and snappy vibe of a XC bike. While maintaining characteristics, such as the convenient dropper post, slightly longer travel suspension, and easier gear ratio, of a Trail specific bike.

Our test result, reveals the Trek Fuel EX 9.9 was designed for trail explorers, that might want to commit to racing on dirt. You can go long off-road distances without feeling too much fatigue, which is something I quite liked. The bike however, doesn’t compromise on simple pleasures, like downhill dicing and single-track bliss. As far as tech goes, the Fuel EX 9.9 features precise and efficient components. That’s why you pay the golden price of R 129,999.00! Believe me it’s worth it though!