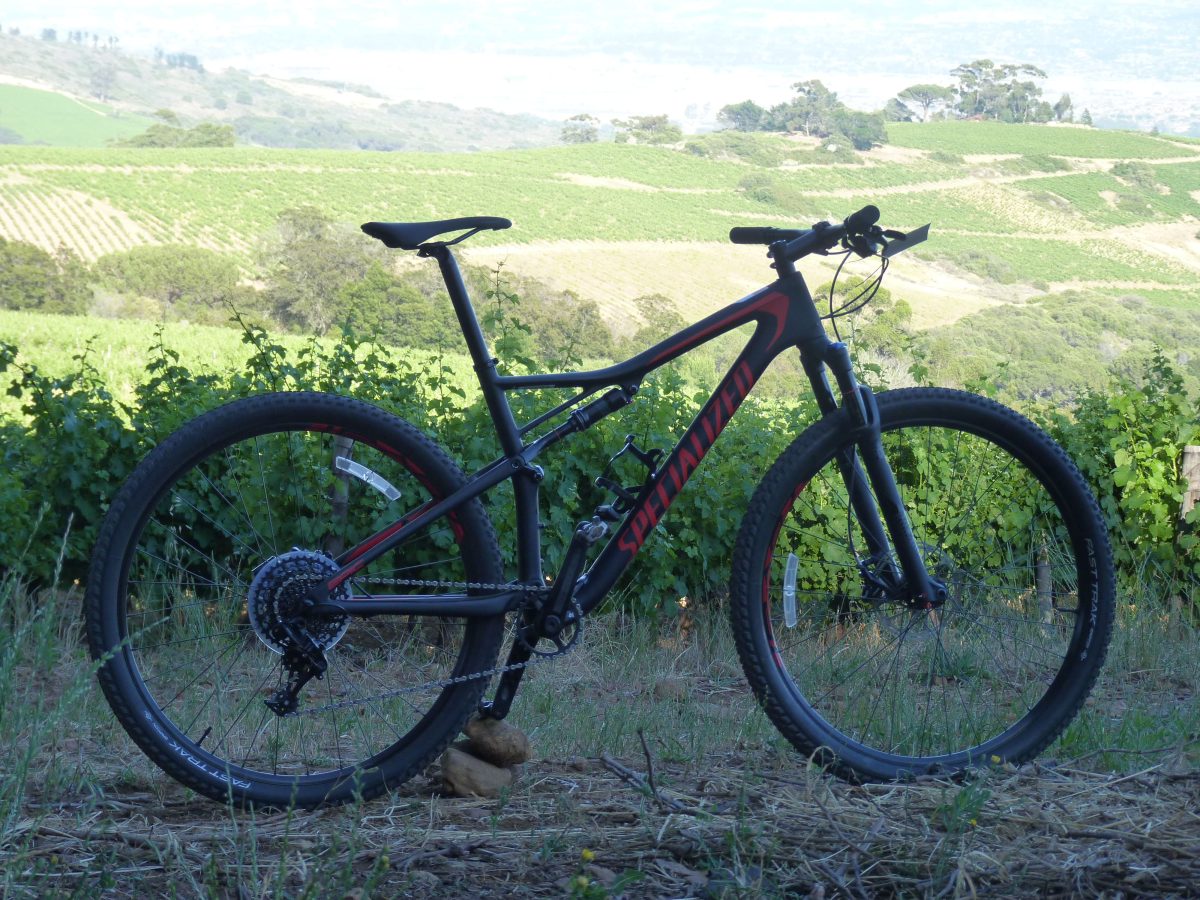 The iconic 2018 Specialized Epic Comp never said die, while taking down even the most technical of terrain. There’s something about Specialized’s Epic range. Through the generations of XC mountain biking the Epic has kept a consistent ride performance. Something that other brands wish they could deliver!

Designed to conquer any XC or XC-Marathon race, the 2018 Specialized Epic kept its fans chanting its name. With that same next generation technology as any Epic bike model, the Epic Comp Carbon is the perfect race mountain bike, that doesn’t cost an arm and a leg.

The Frame – Made More Legendary

Specialized designed the Epic Comp’s frame with their FACT 11m carbon fibre. Its fully carbon, at that, revealing new levels of stiffness. The new pivot-less rear-triangle also adds benefits to the frame’s stiffer nature. I think one of the main reasons that the 2018 Epic is such a prominent race bike, is because of its super stiff frame. Allowing for an unmatched pedalling efficiency rate.

So what else is new on the 2018 Epic frame? Well, the geometry on the head tube has been slackened, a snug 69.5-degrees. Whilst the seat-tube maintains an angle of 74.75-degrees, for a leg engaging feel. Secondly, the entire frame is designed with Rider-First Technology. Each frame size, has its own unique level of stiffness to weight ratios.

To focus more on the weight savings of the 2018 Specialized Epic frame, from its 2017 predecessor. The rear-end of the bike, since its pivot-less, is 39% lighter. In total Specialized have shaved off 525 grams from their Epic carbon frames, just through innovations such as these. The 2018 Epic has certainly been improved. But does this mean that it loses some of its hardy epic vibes? Definitely not! The same Epic character that defined mountain biking, back in the day with Specialized’s very first version of the Epic, still imbeds itself in the new generation!

A RockShox & Specialized Micro Brain rear shock added 100mm of lavish XC travel to the Epic. For 2018, Specialized have created Brain 2.0. It’s a more compact design and is situated more closely to the rear axle. This provides a more consistent sensitivity to small bumps.

When out on the test terrain, the new Brain Shock was definitely felt as improved, compared to its predecessor. It’s ideal for XC racing, tracking firmness of the shock under pedal pressure. Not to mention its forgiving nature, that I loved on downhills! I was drawn to also notice the fact that the 100mm of travel, together with Shock efficiency, reduced fatigue significantly. Which meant I could go further.

The RockShox Reba RL29 took point on the Epic Comp. It Engaged any threatening obstacles along my line choice. Together with Specialized’s superb carbon frame and 100mm of the air compressing shock absorption, the XC character of the bike was entirely complete. I enjoyed the nippy feel of the front end of the bike, particularly when carving along single-track berms. The Reba kept me on my line, through rocky sections, despite the fact that the fork is a lower spec shock. All-in-all, quality was on point with the Reba RL29.

My first positive impressions of the 2018 Specialized Epic Comp, came from the stiff and light-weight frame. Climbs in that regard to stiffness were pure bliss, as I could rely on the frame to utilise my pedal force effectively. The overall bike weight, though, took the sprint factor out from my legs on climbs. I could only narrow this down to the fact that the bike was built with a slightly lower class spec. Thus, being weightier.

The rear triangle of 2018 Epic didn’t disappoint. Not only was it super inflexible in its composition, but the new Brain Suspension technology was something I found to be more effective at distinguishing horizontal force and vertical force. This made for better pedalling during my test.

To add to all these unmatched pedalling innovations, was the new geometry. I felt more confident to get out of the saddle and sprint on level ground. Therefore, showing-off the bike’s aggressive vibe. The Specialized Epic Comp was extremely stable on flat sections, where sprinting was a major temptation.

Next up, it was time for my single track test for the 2018 Epic. The terrain consisted of scattered kingdoms of rocks and roots, with steep, large and in charge berms. Of-course, the Epic nailed every aspect of the single-track course. The nippy feel to the bike, as provided by the shorter chain-stay, meant I’d snake down, navigating through those rocks gardens, and lifting the front wheel over the feisty tree roots without losing speed. The 100mm rear-shock also supplied some much needed absorption, over anything I thought to be fatigue tools. Thus exhibiting part of the Epic’s marathon race nature.

An innovation I found really interesting; the engineers of the 2018 Epic, went with equipping the bike with a 29X2.1” tyre on the rear wheel, while adding a 29X2.3 tyre to the front wheel. I immediately felt the effect of this combo in the way the bike handled, feeling extra loose upfront, and traction tracing on the rear. Is this a wheel system that could be used on future bike models? I’m interested to see!

The 2018 Specialized Epic up held its reputation to perform in a legendary manner during my test. Its everything you’d expect from an Epic race bike, and deserves its place in the hall of fame. The 2018 Epic Comp Carbon is the ideal race bike, with a thoughtful price tag for any XC rider looking for a carbon miracle!